Dr. Anthony Fauci replied in the affirmative on Thursday when asked by MSNBC’s Chris Hayes whether he would “take the heat” for any problems with a vaccine. This week, CDC Director Robert Redfield and President Donald Trump clashed over the timing of a vaccine. Redfield projected that a vaccine wouldn’t […] 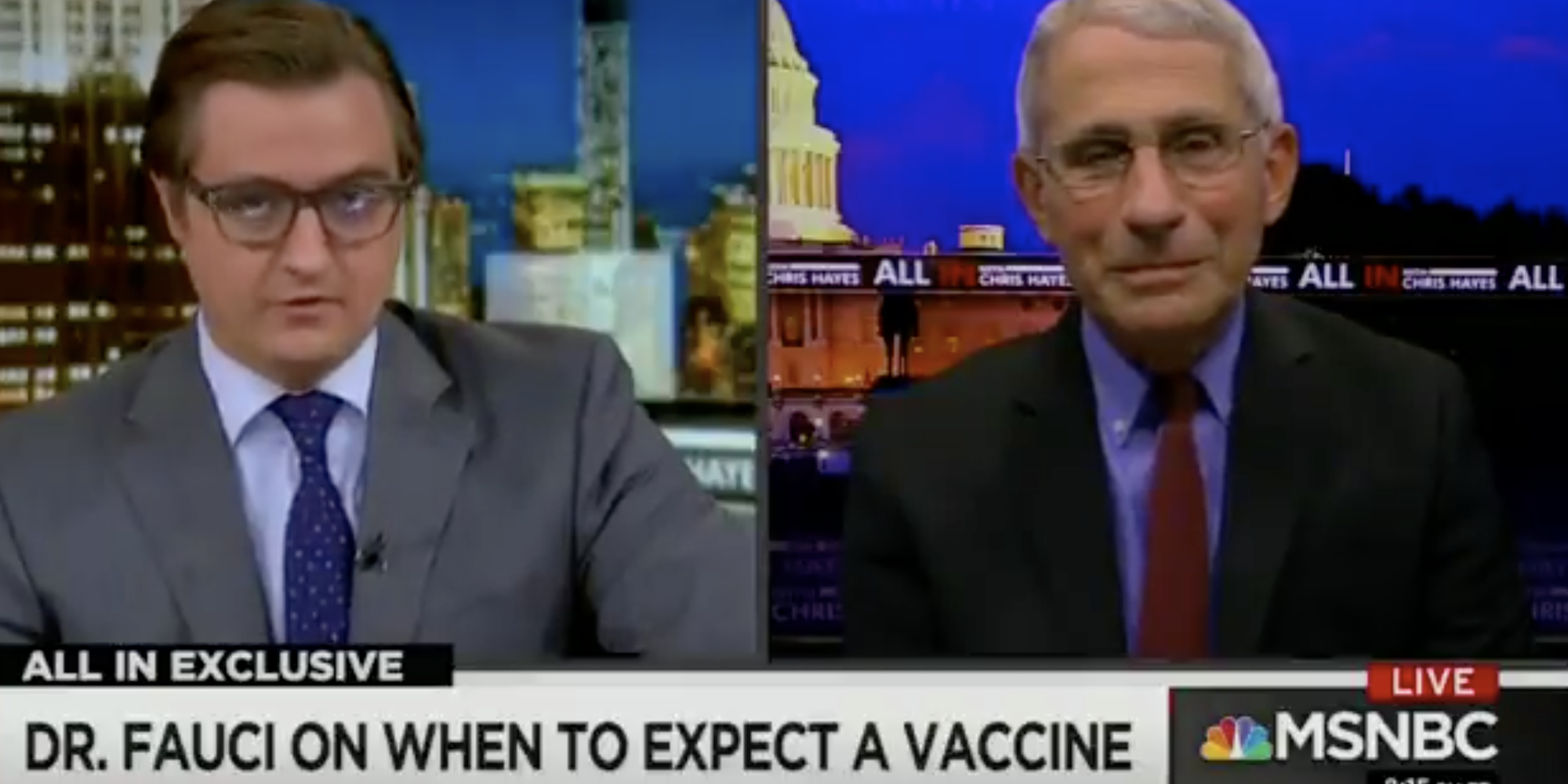 The life of Chris Hayes: How a working-class boy from the Bronx became an award-winning news anchor for MSNBC

Chris Hayes is the host of the MSNBC show “All in with Chris Hayes.” Born and raised in The Bronx, New York, Hayes dreamed of a life in the theatre. Instead, he began to write and report when he moved to Chicago after graduating college . By 28, he was […] MSNBC’s Chris Hayes on Trump, the 2020 presidential election, why Kamala Harris is an “underpriced” 2020 candidate, and more

At IGNITION 2018, MSNBC’s Chris Hayes spoke with Business Insider’s Henry Blodget about Trump, the 2020 presidential election, why Kamala Harris is an “underpriced” 2020 candidate, and more. Watch the full talk here. The MSNBC host Chris Hayes on Tuesday predicted that the US was about to experience “two of the most remarkable, consequential years in the Republic’s history.” During a discussion at Business Insider’s IGNITION conference, the liberal political commentator argued that entering and living in the US without documentation was less […] White House chief of staff John Kelly could be the harbinger of bad news for White House officials who are at risk of being fired. Former Veterans Affairs secretary David Shulkin said that he received a phone call from Kelly “right before” President Donald Trump announced his ouster on Twitter. […] While Democrats and Republicans have diverged in their response to allegations of sexual misconduct, leaders on both sides of the aisle have delivered inconsistent messages. Politicians are being forced to clarify their positions on the issue as a national spotlight on sexual harassment and abuse is shone on Capitol Hill. […] Kids Who Come From Richer Families Have Higher SAT Scores

"All In With Chris Hayes" on MSNBC ran an... On last night’s “All In,” MSNBC host Chris Hayes tried to debunk the Republican talking point that raising the debt ceiling is akin to “maxing out the country’s credit card.” The common refrain — one that the president has had to deal with during every major fiscal skirmish — is […] "I don't believe this is taking America to war." MSNBC Just Had Its Most Dreadful Ratings Period In 6 Years