Beijing’s campaign to rein in Tesla has begun, now experts say it has a limited time to sell cars before it gets canceled 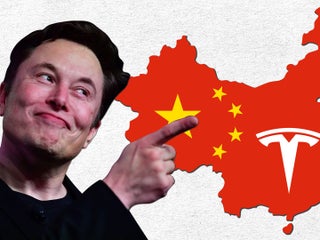 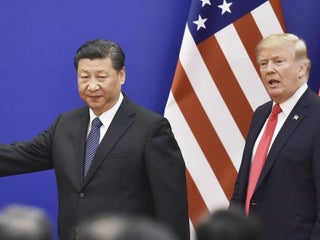 No one is coming to save the global economy this time

During the financial crisis, two countries kept the global economy from cratering even further than it did – China and India. Unfortunately this time around – in the economic crisis caused by the corornavirus pandemic – no country is coming to save us. India has been on lockdown for months, […] 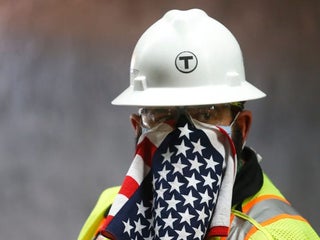 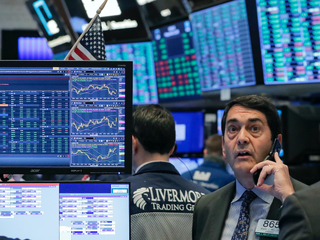 The US and China relationship just reached its most dangerous point in history, and it couldn’t have come at a worse time

After China passed legislation to allow its security forces to patrol Hong Kong, President Trump announced that the US would retaliate with a range of measures, from studying Chinese companies on US stock exchanges, to sanctioning individuals in Hong Kong and China who “erode Hong Kong’s autonomy.” This is merely […] 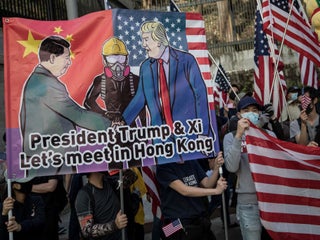 Wall Street is convincing itself that China will bounce back relatively quickly around the end of the first quarter, when it expects the coronavirus’ spread to be contained. This is banker delusion. China’s economy is growing much more slowly than it was in 2003, when the SARS outbreak hit. Plus, […] 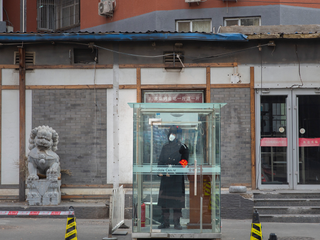 The Wuhan virus has markets roiling and Chinese officials rushing to stop its spread. Dozens have been killed and thousands infected across the country. Cases of the virus have also been found in the US. Its impact on the Chinese economy will be significant, given that the virus is spreading […] While you weren’t looking, the trade war with China went off the rails

America’s trade war with China has lost its way. Instead of pushing for structural change in China’s managed economy, the Trump administration is negotiating to get US-China trade where it was before the tit-for-tat tariffs started. This story is starting to sound like a loop, and it’s unclear how the […] Every time President Donald Trump says he has a trade deal with China the stock market rallies. And then it turns out the deal is vapour. Meanwhile, US-China relations continue to deteriorate in the background, making anyone bullish on a deal look even more absurd. Stop it, Wall Street – […] Both President Trump and presidential hopeful Senator Elizabeth Warren have floated the idea of weakening the dollar to help sell US exports. This is a very stupid, dangerous idea. Weakening the dollar would scare the world away from US assets, hurt already weakening confidence in the US government, and potentially […] In all the chaos of markets convulsing and tariffs rising, it’s been easy to forget the main objectives of the US’s trade war with China. And in doing so, it’s easy to forget that those objectives are at odds with one another. On one hand you have USTR Robert Lighthizer […] China’s growth has ground down to a 27-year low, and its economy probably can’t go on like this

China’s GDP for the second quarter grew at its slowest rate since the global financial crisis in 2008, 6.2%. This weak print is the result of a combination of factors – China’s trade war with the US, deleveraging, and structural weakness in China’s banking system. And while some economic data […] Tesla recently said in a Weibo post from its official account that it would provide 0% financing and a licence-plate rental service for customers in Beijing. Renting out licence plates in the region is “technically illegal,” Tu Le, the founder of Sino Auto Insights, a Beijing-based consultancy, told Business Insider. […] There are 3 reasons China just took over a bank for the first time in 20 years, and 2 of them are a huge deal

China just took over Baoshang Bank, a small bank in Inner Mongolia that reported a pretty clean balance sheet. It’s the country’s first public bank takeover in two decades. There are three reasons that could’ve led China to its decision to take over the bank. It could be because it […] By giving Huawei Technologies the so-called death penalty, President Donald Trump’s administration has shown it does not trust the Chinese government to act in good faith. Consider this a major impediment to any kind of trade deal. The US is no longer just trying to block China’s companies from US […] Trump just tried to explain what China will do next, and he sounds jealous

In a tweet, President Donald Trump attempted to explain what Chinese policymakers would do to help their economy through the trade war with the US. Trump got some of it right but missed some of the limitations of China’s state-run economic system. In fact, you could say he sounded jealous […] China made 3 demands to end the trade war; only one of them is legit

One sticking point of China’s in the trade war is the amount of US goods the Trump administration wants China to buy. This is a demand that actually makes sense. In most cases, the US couldn’t even satisfy Chinese demand for goods without messing up supply chains or changing production. […] Now that the US trade war with China has begun, people on both sides are talking about the idea that China could retaliate against the US by selling Treasurys. That is utter nonsense. Selling a meaningful number of US Treasurys would have harmful reverberations on China’s economy, not to mention […]