I ate chicken and waffles at Roscoe’s, the LA chain Obama and other celebrities love. I’d go back in a heartbeat.

Chicken and waffles is an iconic comfort food dish that likely originated in Harlem, New York. I had never eaten chicken and waffles before. So on a recent trip to Los Angeles, I stopped by Roscoe’s to taste the iconic dish at one of the chains most known for it. […] When we heard that KFC was set to launch a brand new version of their iconic Chicken and Waffles, we knew we had to get our hands on the spicy new addition. Not only were we impressed by the juicy, perfectly crispy chicken, but we were pleasantly surprised by the […] We tried KFC’s viral new fried-chicken-and-doughnut sandwich, and it blew us away

KFC rolled out its controversial Chicken & Doughnuts on Thursday. BI senior correspondent Hayley Peterson tried the new menu during its test run in September, and a team of Business Insider reporters tried it on Thursday. Tasters agreed that although the chicken-and-doughnuts combo tasted like sweet, artery-clogging death, it was […] 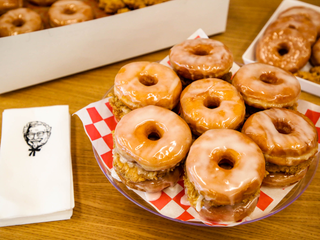 How Sylvia’s dishes out Harlem’s most legendary soul food

Sylvia’s Restaurant, opened in 1962, is a famous soul food restaurant and cultural institution located in Harlem, NY. After owner and founder Sylvia Woods’ death, her children and grandchildren took over the business, continuing the family legacy. Sylvia’s grandson, Marcus, shows Insider’s Alana Yzola how some of their most popular […] 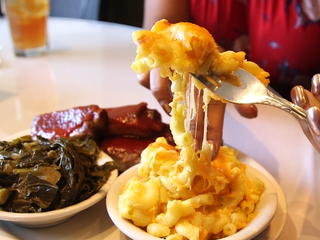