The National Women's Soccer League fined two teams for speaking out about the incident while the league was the midst of an investigation. 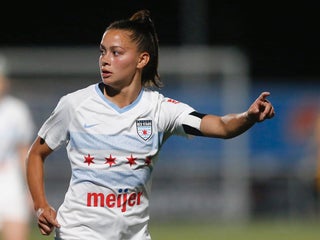 Yuki Nagasato is set to make history as the first women’s soccer star to play professionally for a men’s club. The 2011 World Cup champion and NWSL’s 2019 assists leader signed with Hayabusa Eleven, which plays in Kanagawa Prefecture League’s second division. Nagasato will play with the Japanese club on […] 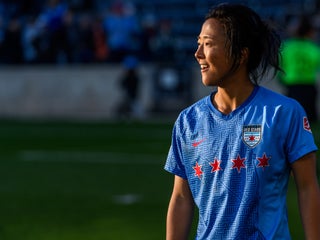 Kealia Ohai’s fiance lambasted a news outlet for referring to the NWSL forward as ‘J.J. Watt’s fiancee’ in a headline

Kealia Ohai – a three-year captain for the National Women’s Soccer League’s Houston Dash who has laced up for the US Women’s National Team in the past – was traded to the Chicago Red Stars this week. Despite the accomplished striker’s impressive resume, coverage of Ohai’s move to the Windy […] The Chicago Red Stars fell 4-0 to the North Carolina Courage in Sunday’s NWSL championship game, and no one was more gutted than USWNT star and Red Stars defender Julie Ertz. While some of her Chicago teammates’ hung heads and heavy legs signalled defeat early on in the game, the […] Chicago Red Stars striker Sam Kerr collected her second career MVP honour to kick off the National Women’s Soccer League’s (NWSL) championship weekend. The prolific Aussie scorer had absolutely no idea that league president Amanda Duffy was about to announce the winner of the distinction when we spoke Friday afternoon. […]