Chelsea FC head coach Frank Lampard says Christian Pulisic will be a “big player” for the club. Pulisic had been out of action all year because of an injury but scored just five minutes into his return in a 2-1 win over Aston Villa on Sunday. “I think he’s going […] 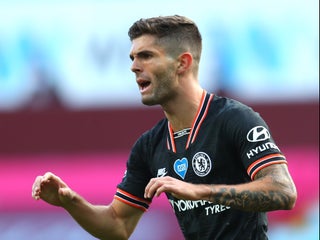 Timo Werner will complete his $68 million move to Chelsea in July, missing the biggest game in the history of his current club RB Leipzig

Timo Werner will reportedly join Chelsea as early as next month, meaning he will not play for RB Leipzig in its rescheduled Champions League quarter-final. The German striker helped Leipzig reach the last eight of Europe’s premiere competition for the first time ever in March. However, The Guardian now reports […] 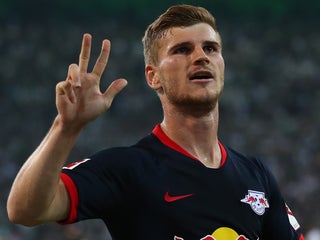 Christian Pulisic says that “nobody even noticed” or “said anything” to him on his first day at Chelsea FC. The USMNT star joined the Blues from Borussia Dortmund for a fee of $US72 million in January 2019, but didn’t join up with the club until the summer. “I go and […] 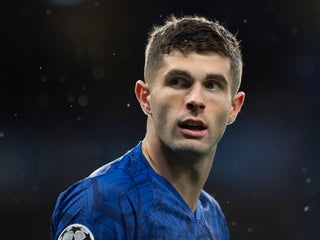 The former Los Angeles Galaxy star Ashley Cole was reportedly tied to a chair as a masked gang stole jewellery from his house earlier in the year. The Evening Standard reports the thugs in balaclavas and camouflage gear smashed into his mansion in the English county of Surrey, southwest of […] 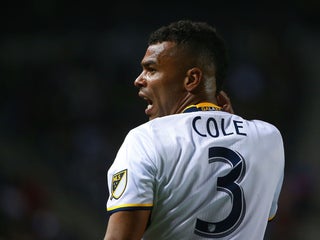 A Real Madrid striker called himself a ‘Formula One car,’ and his international teammate a ‘go-kart’ in an astonishing outburst on Instagram

Real Madrid striker Karim Benzema says that he is a “Formula One car” whilst his France teammate Olivier Giroud is just a “go-kart.” Benzema has not played for France since 2015, whilst Giroud has established himself as the country’s first choice striker, scoring 28 times and lifting the World Cup […] 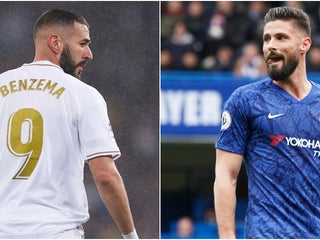 Antonio Rudiger was subjected to monkey chants from Tottenham Hotspur fans, just moments after Son Heung-min was sent off for kicking him in the stomach. Min saw red in the 62nd minute after raising his studs into Rudiger’s stomach. Shortly after, the Chelsea defender gestured to the referee that he […] AS Monaco’s Tiemoue Bakayoko inadvertently tried to substitute himself off the field on Saturday after forgetting his shirt number. The 25-year-old is in his second spell with Monaco, this time as number six after being 14 previously. When number 14 was called at the weekend, Bakayoko wandered over to the […] Chelsea FC players have to pay $25,000 every time they’re late for training, according to a leaked list of the club’s fines

Chelsea FC players are fined $US25,000 every time they are late to training according to a leaked list of the club’s fines. They are also expected to pay $US650 for every minute that they are late to team meetings, $US1,300 if their phones ring during a meal, and $US6,400 for […] Christian Pulisic is currently the best player in the English Premier League, according to 35 statistics that have been compiled by Sky Sports. The broadcaster uses a wide range of other stats including goals, assists, dribbles, passes, and touches, to calculate the league’s most in-form player over the last five […] Christian Pulisic has been more effective than Eden Hazard was during his debut season at Chelsea FC in 2012-2013. The American has managed a goal and assist every 74 minutes in his first 10 games for Chelsea, while Eden Hazard did so every 94 minutes. Pulisic’s start at Stamford Bridge […] Former Chelsea Women goalkeeper Lizzie Durack left the team over the summer to pursue a career in finance, and now works in Goldman Sachs’ Prime Brokerage Division, BBC News reported. Durack called the increased pay “a consequence, rather than a reason” for the move, adding she reached a point in […] There are 2 skills that will separate Christian Pulisic from other Americans who have played, and failed, in England

There are two skills that will separate Christian Pulisic from other Americans who have played, and failed, in England. The Chelsea FC forward moved to the Premier League this summer, having signed for the club earlier in the year. Pulisic’s speed and soccer brain will separate him from many of […] Christian Pulisic can have the same effect on American soccer as Tiger Woods once did on golf, Business Insider has been told. Woods took up professional golf in 1996, and his instant success caused a dramatic increase in the uptake of the sport,according to Golf Digest. And Doug Harris, the […] Chelsea FC boss Frank Lampard says “there is lots more to come” from Christian Pulisic after hailing his display in the UEFA Super Cup, according to Goal. Pulisic assisted Olivier Giroud for the opening goal on the night, and had a goal disallowed for offside as Chelsea lost to Liverpool […] Christian Pulisic appears set to compete in his very first Premier League match on Sunday. The 20-year-old American is one of the biggest names in Chelsea FC’s roster, and could feature against the club he supported as a boy – Manchester United. Pulisic says playing in England as a kid […] Eden Hazard was directly involved in three goals during Chelsea FC’s dominant UEFA Europa League final win over Arsenal on Wednesday. In a post-match interview, he then told the world it may well have been his last game in a Chelsea jersey. This is because he is reportedly on the […] Chelsea FC’s manager kicked his hat and stormed off the pitch in a huff after 2 of his players clashed during a wild, chaotic training session

Chelsea FC’s manager Maurizio Sarri kicked his hat and stormed out of a training session in a huff. The move followed a wild and chaotic scene as two of his players, David Luiz and Gonzalo Higuain, almost came to blows in the middle of a practise match. The incident happened […] Chelsea has just been slapped with a 2-window transfer ban, but it’s just one of many massive problems at a once-great club going backwards

Chelsea FC has been punished by FIFA for breaching regulations on youth player signings. The club will now be prevented from signing new players in the next two transfer windows, adding one more problem to a club experiencing many. The team’s top player Eden Hazard is linked with a big-money […] Chelsea defender David Luiz appeared to be knocked out cold by a ball to the head, but returned to the game seconds later as if nothing happened

Chelsea took on Bournemouth in a Premier League matchup at Dean Court Wednesday night. Early in the contest, Chelsea defender David Luiz took a nasty shot to the face off a ball kicked at full force by Bournemouth striker Joshua King. Luiz appeared to be knocked out cold, falling straight […]