Frito-Lay has made conflicting statements regarding the origin of Flamin' Hot Cheetos, which former exec Richard Montañez claims to have created. 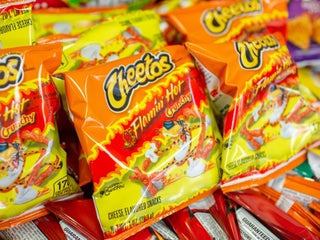 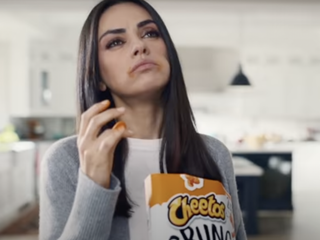 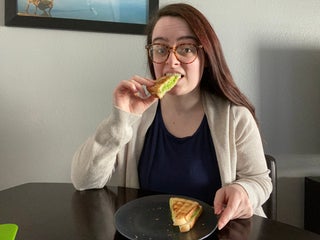 Gordon Ramsay roasted a home chef who stuffed their burger with Flamin’ Hot Cheetos on TikTok. “If that’s a burger, I’m turning vegan!” Ramsay said as he watched Unique Miranda top her burger with cheddar cheese and plenty of Cheetos. Miranda, who runs the TikTok account @cheesedaily, told Insider it […] 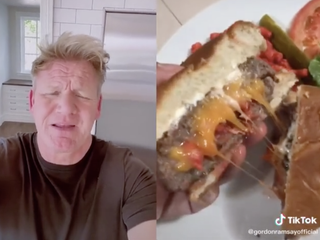 Cheetos is launching its own mac-and-cheese line, in both box and single cup offerings. The mac and cheese will be available in Walmart and online starting today, with more retailers getting the product in 2021. Visit Business Insider’s homepage for more stories. Cheetos is getting into the mac-and-cheese business. The […] 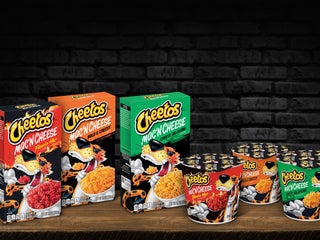 10 things you didn’t know about Cheetos

Cheetos are one of the most beloved American snack foods on the market. However, few people probably know when the snack was first invented or by whom. Fans also probably don’t know there’s a name of the orange dust that covers your fingers while eating Cheetos. Visit Insider’s homepage for […] 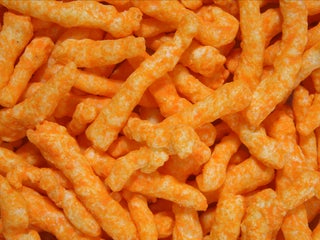 KFC on July 1 is releasing a limited-edition fried-chicken sandwich topped with Cheetos. We tried the CheetosSandwich, and it’s a cheesy, crunchy childhood dream come true. Although the Cheetos Sandwich will only be available for a month, KFC executives say there will be more similar mash-up menu items in the […] KFC is launching a Cheetos Sandwich across America, and it represents a massive shift in the chicken chain’s strategy

KFC is rolling out a fried chicken sandwich topped with Cheetos. The sandwich hits menus across the US on July 1 and will only be available for four weeks. The Cheetos Sandwich represents a new innovation strategy for KFC, which is aiming to roll out more menu items in 2019 […] 31 spicy foods you need to try before you die.

INSIDER compiled a list of 31 spicy foods to try around the world. The list includes spicy fried chicken, spicy phaal curry, and the spiciest ice cream in the world. Among the favourites are spicy alligator BBQ from Smorgasburg in LA, the Reaper Taco from Staten Island’s Gringo’s Tacos, and […]

Kentucky Fried Chicken on Tuesday began testing a limited-edition chicken sandwich loaded with Cheetos. The Cheetos Sandwich is dressed with a special Cheetos sauce and a layer of the crunchy chip. So far the chain is offering it only at locations in select cities in North Carolina, Virginia, and Georgia. […]

Israeli company Aleph Farms aims to make cuts of environmentally-friendly meat that resemble the real thing using animal cells. Aleph was co-founded by a major research institute and an incubator called The Kitchen, which is part of the food giant that owns Sabra – the most popular hummus in America. […] Indra Nooyi, CEO of Frito-Lay parent company PepsiCo, told Freakonomics Radio that it is looking at creating special chips just for women. She said the new chips will be designed and packaged differently to reduce the crunch and limit the amount of flavour that gets stuck on consumers’ fingers. The […] There’s a 1,000-person waitlist to eat at Cheetos ‘fine-dining’ restaurant that opens Tuesday