Cheesecake Factory invited a law-firm worker to interview for a server role 2 years after he applied, as restaurants struggle for staff in the labor shortage

Some restaurants, including McDonald's and Cheesecake Factory, are calling up long-ago job applicants to fill roles during the labor shortage. 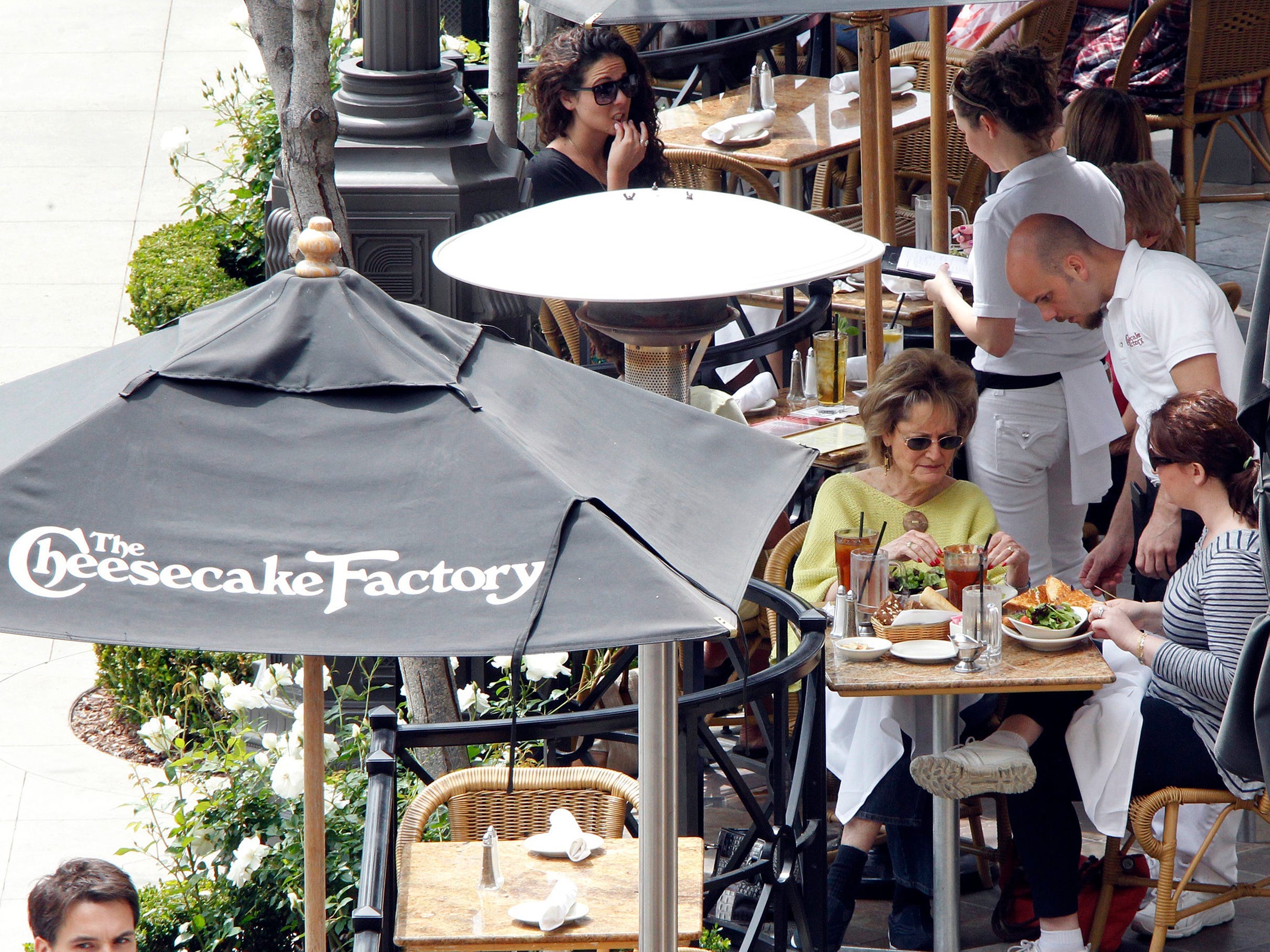 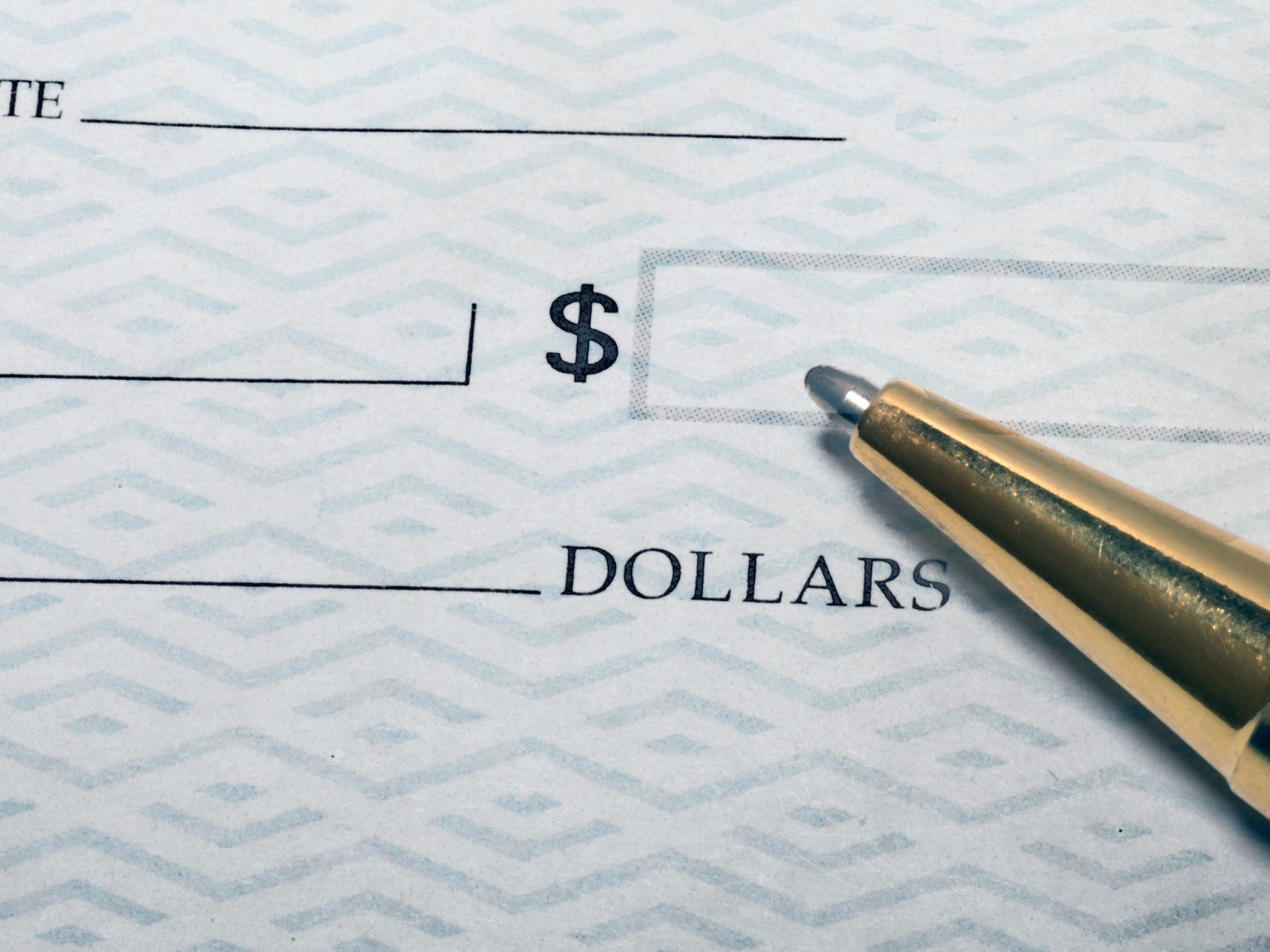 The Cheesecake Factory slammed with $125,000 fine by the SEC over claims it lied to investors about how much money its restaurants were actually losing during the pandemic

The Cheesecake Factory has agreed to pay $US125,000 to settle claims that it broke federal securities law with its financial disclosures during the pandemic. The SEC said Friday that the restaurant chain failed to disclose dire financial forecasts to public investors as it raced to find liquidity in March and […] 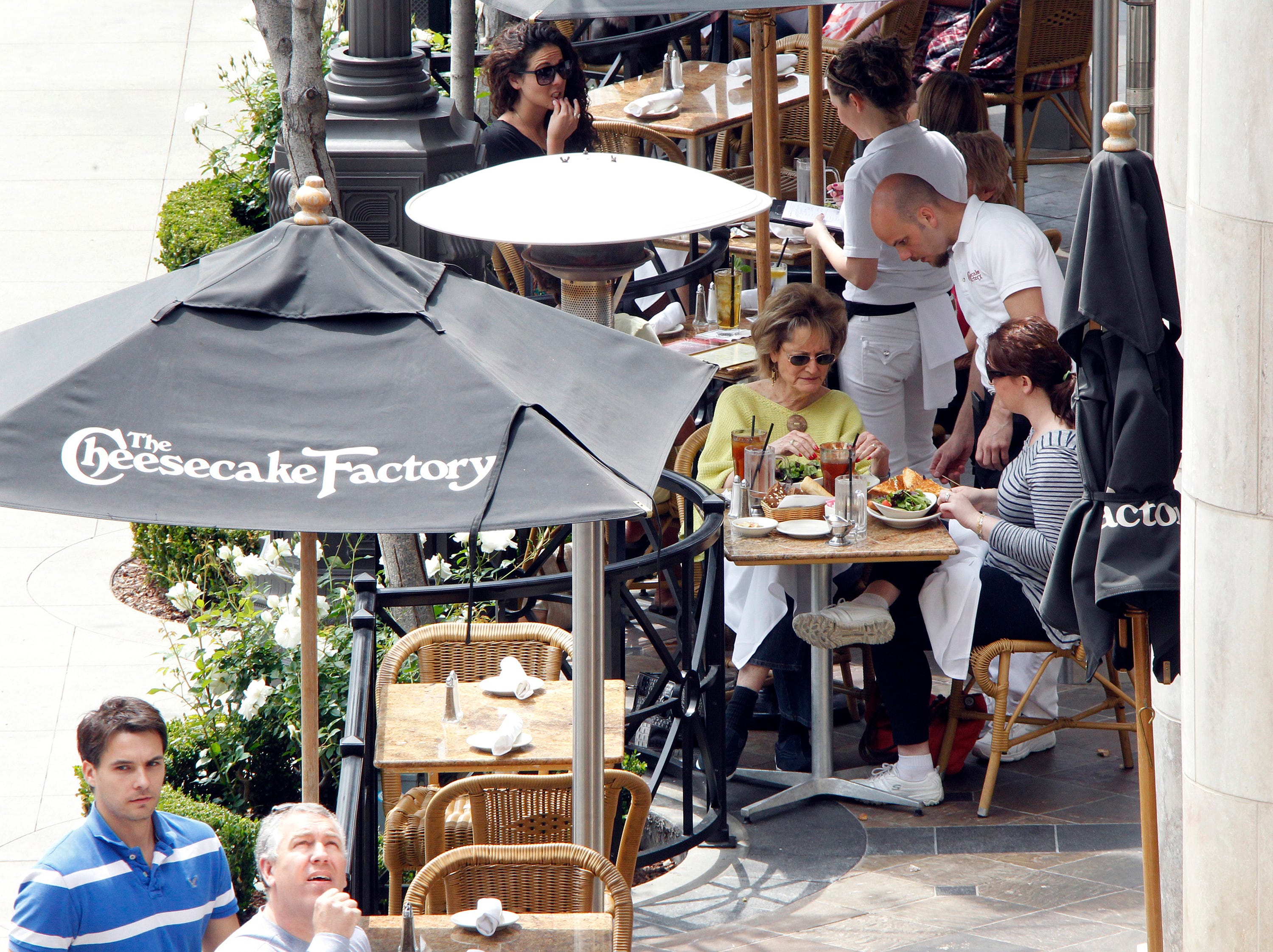 Disney, McDonald’s, and other beloved brands are sharing recipes for their famous dishes online so you can make them at home

While restaurant dining rooms, tourist attractions, and hotels are largely closed to the public, some of those brands are sharing their recipes online. Fans of chains like McDonald’s and Nando’s, or travellers who love the cookies from DoubleTree hotels, can make some of their favourite snacks and meals at home. […] 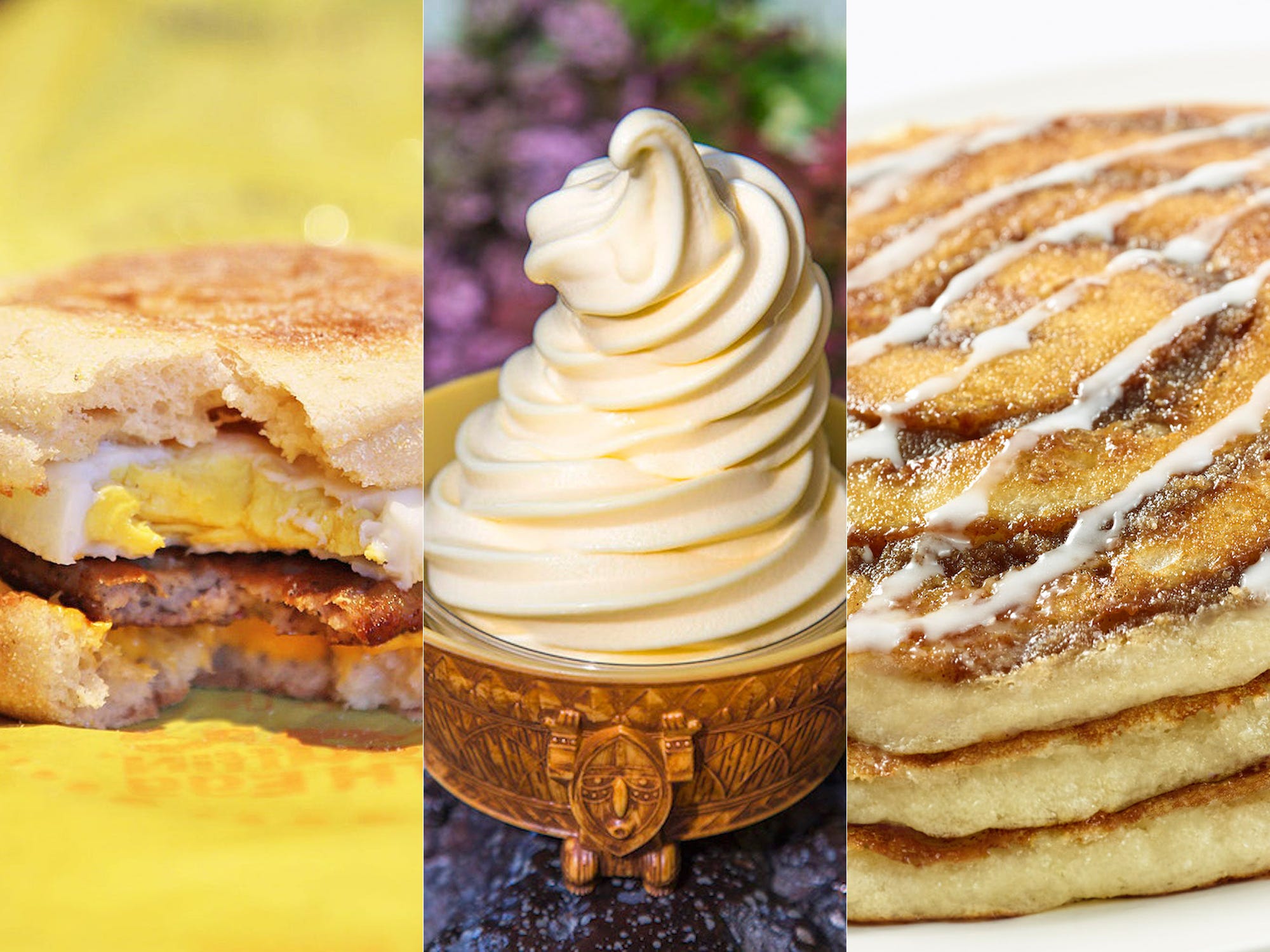 The Cheesecake Factory is offering its first-ever free online cooking classes. The restaurant chain’s Chief Culinary Officer will teach viewers on Facebook Live how to make lemon-ricotta pancakes, as well as a new menu item, chicken and broccoli pasta. The cooking session will be available to watch at two separate […] 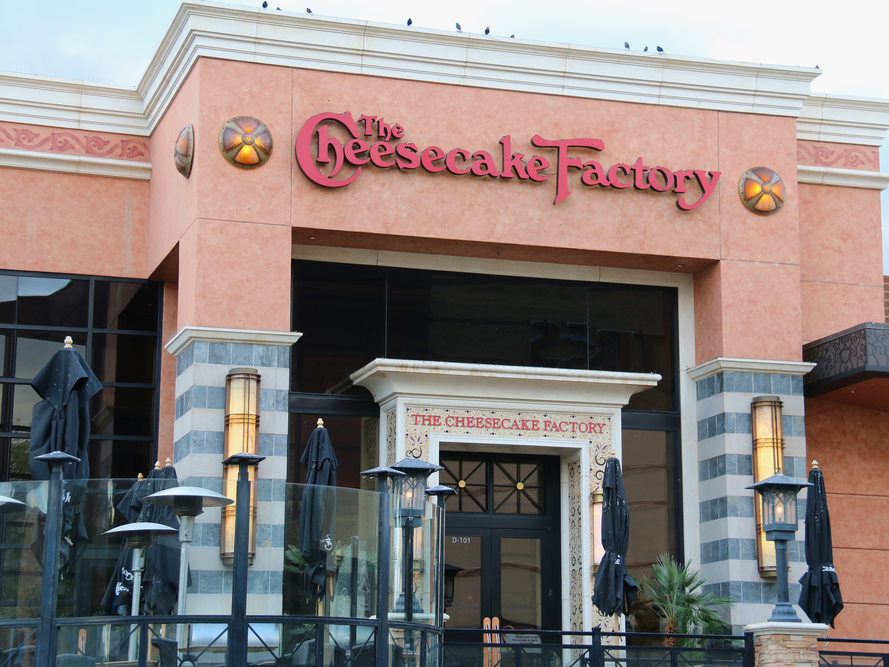 Insider asked two former employees of The Cheesecake Factory to list some of the best and worst things to order from the restaurant chain. They told Insider that the stuffed mushrooms, bistro shrimp pasta, and Reese’s peanut butter chocolate cake cheesecake are great menu options. The former employees said the […] 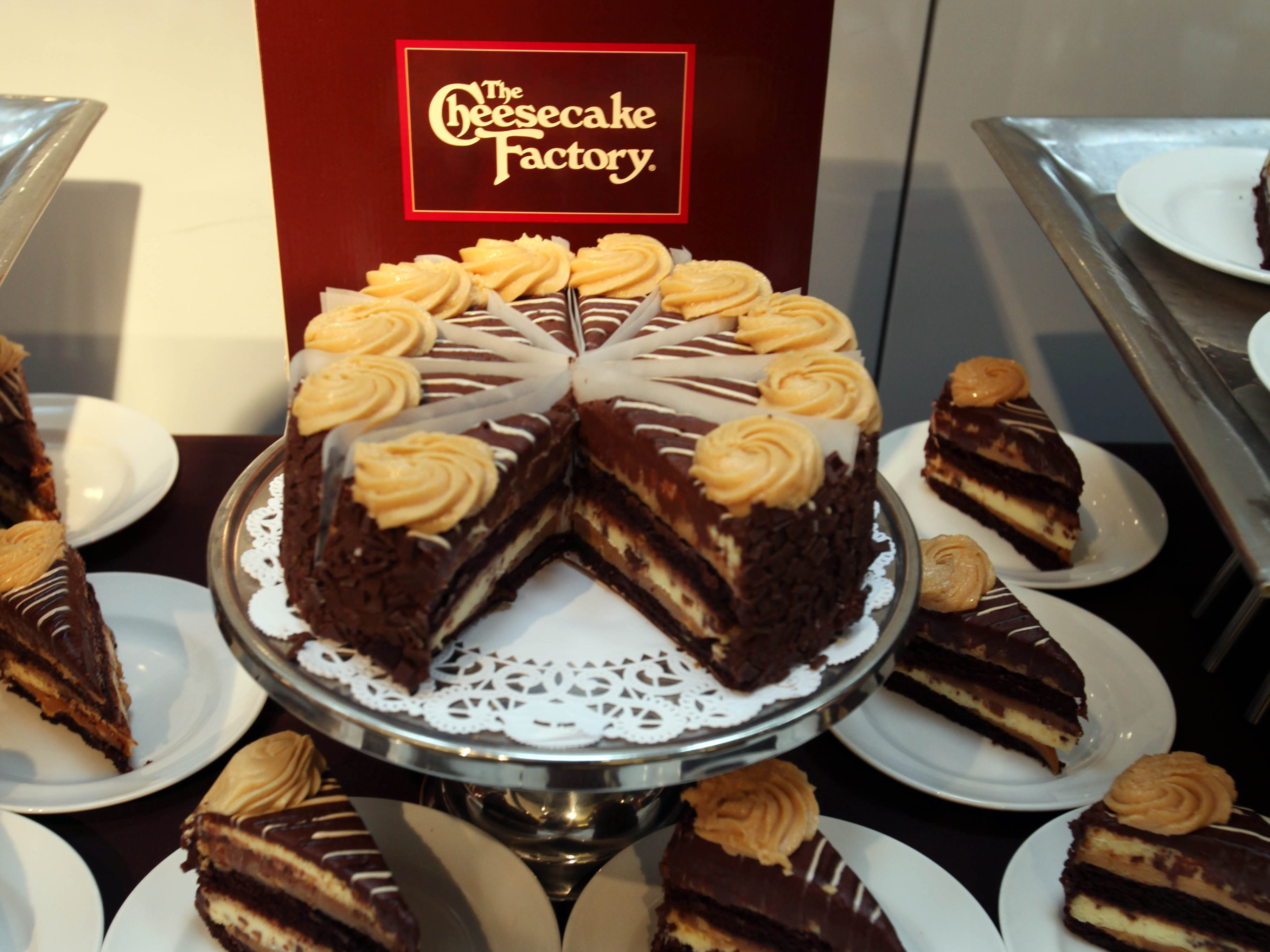 The Cheesecake Factory is furloughing nearly 41,000 restaurant workers and cutting some of its executives salaries by 20%

Cheesecake Factory is furloughing nearly 41,000 hourly restaurant workers. In an SEC filing posted on Wednesday, the company said that impacted workers will still be eligible to receive benefits and insurance until June 1 and will be offered a daily free meal at the restaurant they worked at. The company […] 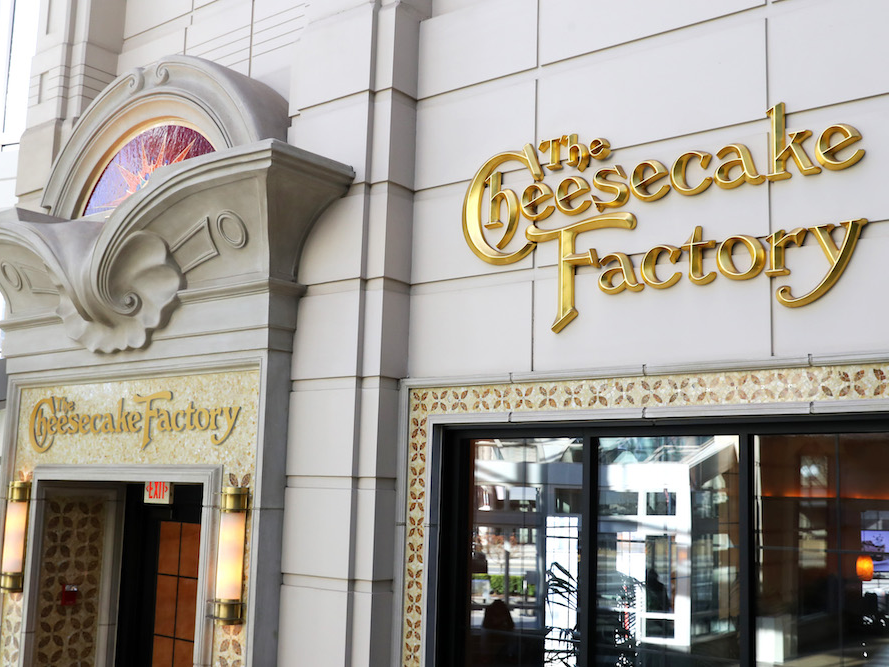 The Cheesecake Factory recently launched cheesecake-flavored ice cream as part of its “At Home” line of treats that can be purchased at grocery stores around the US. The 14-ounce cartons are available for $US4.99 each and come in seven flavours: Strawberry, Key Lime, Original, Chocolate, Cookies & Cream, Salted Caramel, […] 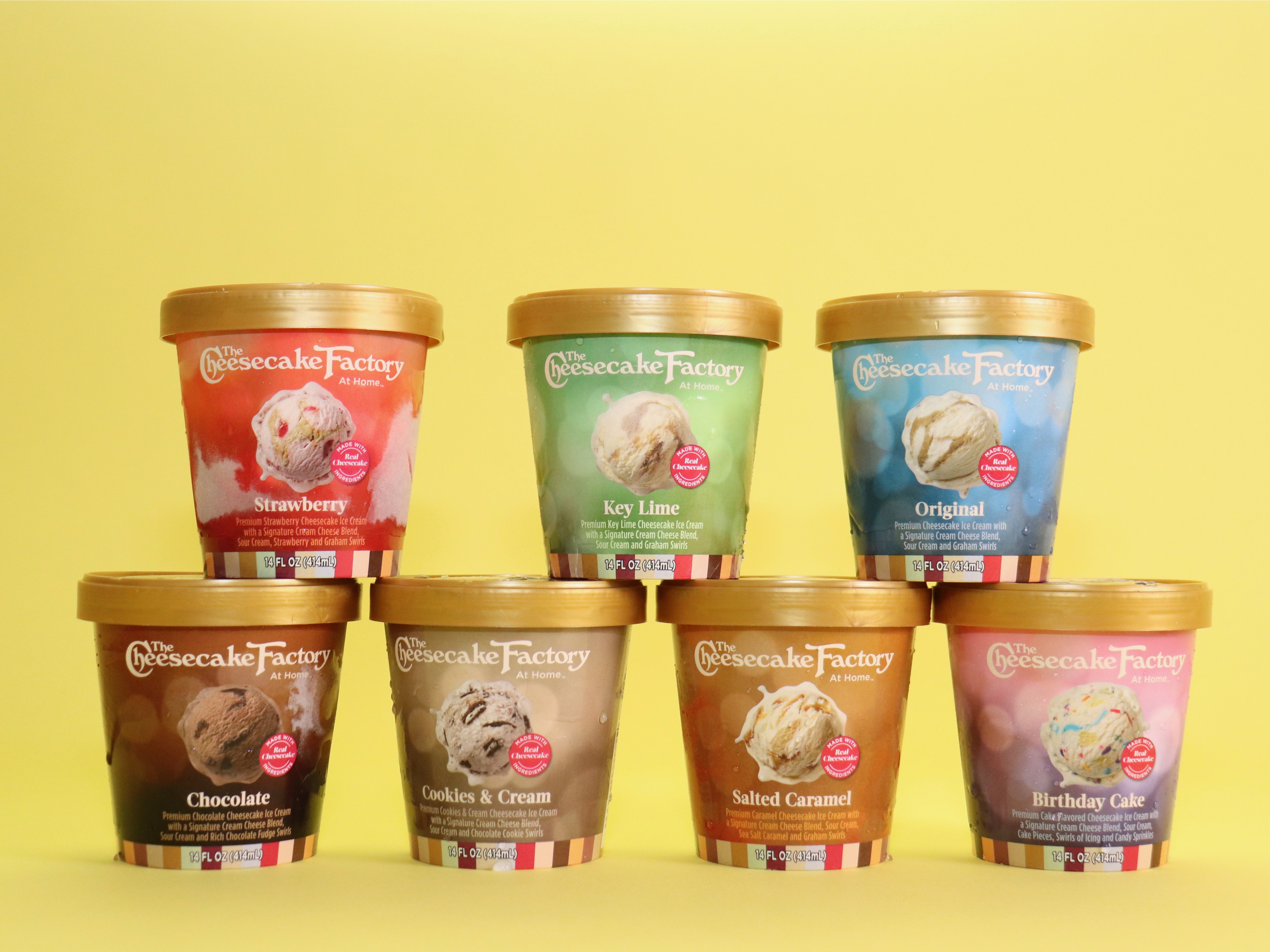 I tried all 34 flavours of cheesecake at The Cheesecake Factory and ranked them from worst to best. The Low-Carb Cheesecake and Mango Key Lime Cheesecake both received low marks from me. The Ultimate Red Velvet Cake Cheesecake and White Chocolate Raspberry Truffle Cheesecake were some of my favourites out […] DoorDash is giving away food from chains including Chipotle and Burger King. Here’s how to get some.

DoorDash is giving away food from Monday, August 5, to Friday, August 9. The daily freebies include a slice of Ghirardelli cherry cheesecake from the Cheesecake Factory, chips and salsa from Chipotle, a Frosty from Wendy’s, an Original Pretzel from Auntie Anne’s, and an Impossible Whopper from Burger King. The […] The 8 most unhealthy foods on your favourite restaurant menus

The Center for Science in the Public Interest released its 2019 Xtreme Eating Awards, a roundup of the most unhealthy menu items across major US restaurants. CSPI began compiling the list in 2007 as part of a larger effort to educate American consumers and help them make healthier food choices. […] 10 healthy foods to order at The Cheesecake Factory

The Cheesecake Factory is known for its huge portions and rich dessert. But you can also order healthy items there. We asked nutritionists and dietitians what they order to find some of the healthiest options. Foods from the Skinnylicious menu made the cut, as did cheesecake. Visit INSIDER’s homepage for […]

13 things you probably didn’t know about The Cheesecake Factory

The Cheesecake Factory is a popular chain, but you probably haven’t heard all of these interesting facts about it. The idea for the chain started in Detroit, Michigan, and it now operates over 200 restaurants worldwide. Diners can choose from over 30 different kinds of cheesecake, and there’s a reason […] 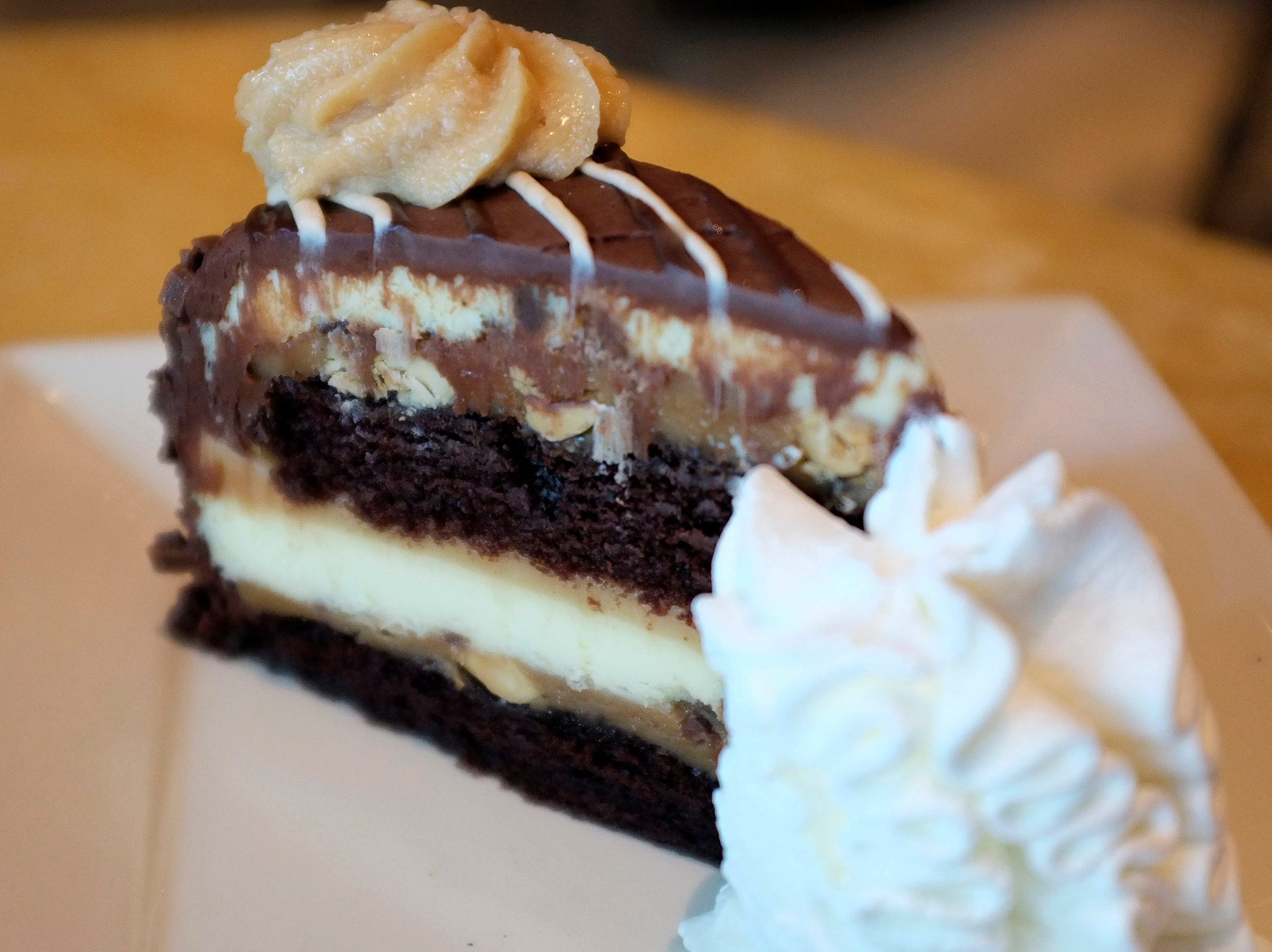 These are America’s favourite restaurant chains

Chick-fil-A,Subway, and Five Guys are some of America’s favourite restaurant chains, according to an annual study by The Harris Poll. The Harris Poll’s EquiTrend study monitors thousands of brands to find the best in categories like media, travel, retail, and restaurants. This year, more than 77,000 US consumers assessed more […] Arrests and harassment of people of colour at chains have dominated the restaurant news cycle in recent weeks following the arrests of two black men at a Philadelphia Starbucks. The universality of eating at certain chains helps trigger convictions that while everyone visits certain restaurants, your race continues to impact […] A new lawsuit claims that the Cheesecake... If there are two things the Federal Reserve...