Charlotte Hornets center Bismack Biyombo said he got meditation advice from a fellow passenger on a plane, and it helped him evolve his game. 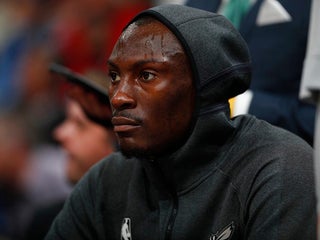 LaMelo Ball has been on fire in February, averaging 22 points, 6 rebounds, and 6 assists while shooting 51% from three. Ball’s shooting has been more consistent than expected, and his playmaking has dazzled in the NBA. The Hornets have been crushing teams with Ball on the floor in February, […] 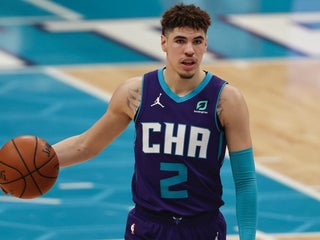 A radio announcer for the Charlotte Hornets was suspended for using the n-word in a tweet, which he said was a typing mistake. John Focke says he meant to reference the Jazz-Nuggets game, but Monday’s tweet used a racial slur in lieu of “Nuggets.” Focke said in a later tweet […] 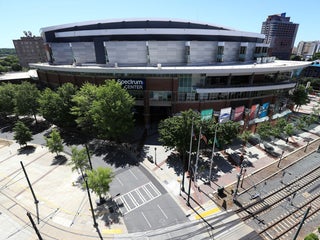 The NBA is expected to pass a proposal to resume the 2019-20 season with 22 teams, most likely at Walt Disney World in Orlando, Florida. The new format excludes eight teams who are too far out of the playoff picture to bring back – the Warriors, Cavaliers, Timberwolves, Hawks, Pistons, […] 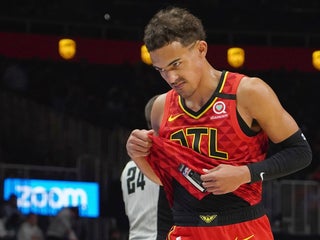 Michael Jordan still thought he could beat his Charlotte Hornets players 1-on-1 in his 50s, but didn’t want to ‘demolish their confidence’

Even in middle age, Michael Jordan thought he could compete with modern-day NBA players. In a 2015 interview, the owner of the Charlotte Hornets said he’s confident he could beat his team’s players one-on-one. In an interview with L’Equipe, a French sports publication, Jordan said “I stay away from them. […] 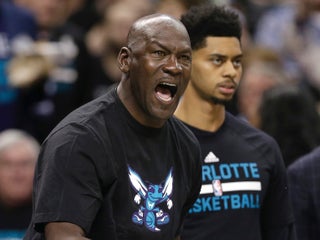 Kemba Walker signed with the Boston Celtics on a four-year deal worth $US141 million in free agency, leaving the Charlotte Hornets after eight seasons. The move is a good one for the Celtics and highlights how badly the Hornets misplayed the valuable asset they had in Walker. If the Hornets […] ESPN’s Adrian Wojnarowski reported on Thursday that the Boston Celtics had emerged as the favourites to sign All-Star guard Kemba Walker at the start of NBA free agency. Walker’s move would have ripple effects across the league, with teams like the Los Angeles Lakers and the New York Knicks looking […] The most complicated free agency in the NBA comes with a massive, $221 million question

Charlotte Hornets guard Kemba Walker made an All-NBA team and is now eligible for the five-year, $US221 million “supermax” contract. There is some league-wide trepidation about paying the 29-year-old, undersized Walker a contract that pays an average of $US44 million per year, but losing Walker in free agency would also […] The Charlotte Hornets beat the Toronto Raptors, 115-114, on Sunday, thanks to an incredible game-winning shot from guard Jeremy Lamb. Lamb lost the ball on an inbounds pass with 3 seconds remaining, and gathered it in the back-court. He chucked up a Hail Mary that went in as time expired. […] Zion Williamson’s superhuman athleticism and high-flying, rim-shaking dunks have left NBA coaches, fans, and scouts salivating. Just 12 games into the 6-foot-7, 285-pound forward’s freshman year with the Duke Blue Devils, many fans and pundits are already focused on where he will take his talents next. Williamson is widely expected […] The Charlotte Hornets beat the Detroit Pistons 108-107 on Wednesday thanks to a late game-winner from Jeremy Lamb. The win was almost spoiled by Malik Monk, who prematurely ran onto the court in celebration, resulting in a technical foul. Hornets owner Michael Jordan was courtside for the affair, and quickly […] The Charlotte Hornets have traded Dwight Howard to the Brooklyn Nets, which will be his fourth team in three years and the second offseason in a row that he has been dealt. Howard was once one of the league’s best players, but his game has fallen off and, perhaps more […] With the NBA trade deadline approaching, the Cleveland Cavaliers must decide whether to include the 2018 Brooklyn Nets draft pick in any trade packages. The decision is a tough one, as the pick could net them a superstar, but could also help them rebuild in the event LeBron James leaves […] Jeremy Lamb is having a breakout season for the Charlotte Hornets, averaging career-highs in nearly every major statistical category. After playing limited minutes off the bench the first five years of his career, Lamb spent nearly the entire offseason working feverishly on his game. The hot start has shown Lamb […] If the Boston Celtics had gotten their way at... The Charlotte Hornets are the latest NBA team... Open coaching jobs in the NBA are scarce and...