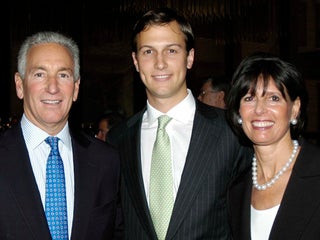 Charles Kushner explains his meeting with Qatar’s finance minister, says it was ‘a wrong thing to do,’ but ‘none of us knew the rules of government’

Charles Kushner, the father of Jared Kushner, explained his controversial meeting with the Qatari finance minister last year. He told The Real Deal in an interview that the meeting was “a wrong thing to do,” and said he would decline such meetings in the future. He added that, “None of […] Kushner Companies is closing in on a major deal with a company tied to the government of Qatar to save its financially imperiled Manhattan tower. If the bailout is finalised, it will likely raise concerns about Jared Kushner’s work as the White House lead on Middle East policy. This comes […] ‘We didn’t do anything wrong’: Jared Kushner’s father is speaking out to defend his family and their business as multiple investigations close in

Charles Kushner, the father of White House senior Jared Kushner, made rare public comments to The New York Times about his family’s business prospects. Despite several investigations and scandals regarding his son and his family business, Kushner remains undeterred, and maintains his family did nothing wrong. Kushner himself pleaded guilty […]