How gravestones are deep cleaned

This is how cemetery conservator Alicia Williams, better known on TikTok as Lady Taphos, cleans gravestones from start to finish. 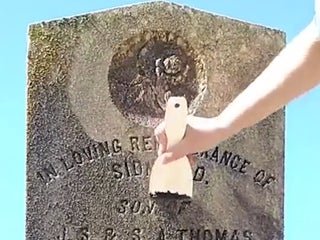 Cemeteries in India are overwhelmed by bodies. Here’s what it’s like to work at one of the largest in Delhi.

We visited Delhi's largest Muslim cemetery, which is running out of space as India records the highest daily coronavirus count in the world. 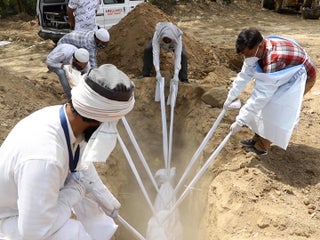 Headstones in a Jewish cemetery in Grand Rapids, Michigan, vandalised with ”Trump’ and ‘MAGA’ graffiti discovered the same day the president visited the city for his final campaign rally. The Grand Rapids Police Department found six headstones spray-painted red with ‘TRUMP’ and ‘MAGA’ at the Ahavas Israel Cemetery on Monday, […] 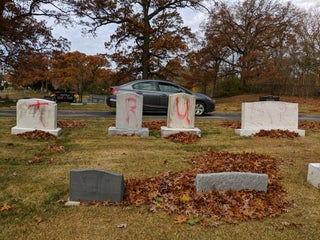 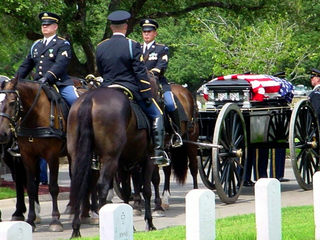 The New Lucky Restaurant in Ahmedabad, India, was built on top of an old cemetery. Instead of moving the graves, the owner decided to simply build his restaurant around them, scattering tables next to coffins. The restaurant features 12 coffins, and has been a popular local hangout for over 50 […] 19 beautiful cemeteries that might change your outlook on death

People often think of cemeteries as uncomfortable and sad, but there are many gorgeous graveyards throughout the world. A beautiful cemetery can serve as a place of reflection for mourners, as well as an interesting tourist attraction for visitors. A ruin in Scotland, a sacred temple in Japan, and an […] If you want your grave to literally be... Here’s What It Takes To Build Cemeteries, According To A Sydney Property Entrepreneur

New opportunities in a billion-dollar industry.