Ariana Grande shared photos from her wedding. Her dress and veil paid homage to the bridal outfit Audrey Hepburn wore in "Funny Face." 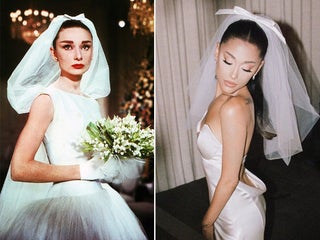 The "POV" singer secretly wed Dalton Gomez on May 15, which her publicist later confirmed. She has shared photos of the event for the first time. 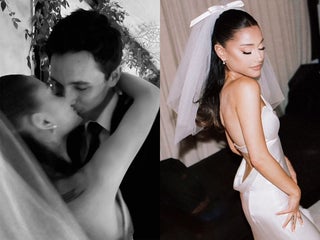 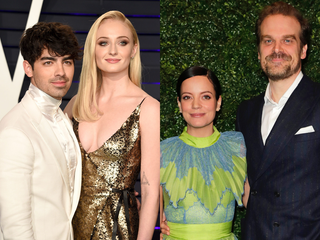 Brittany Snow and fiancé Tyler Stanaland spill the details of their wedding, including why they’re having tacos and pretzels on the menu

Ahead of her upcoming wedding, “Pitch Perfect” star Brittany Snow revealed the menu will be full of foods she ate during dates with her fiancé, Tyler Stanaland. They are also incorporating their dog, Billie, into the big day. Their registry includes items perfect for Mexican food lovers, including a frozen […] 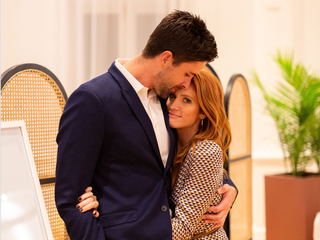 17 celebrity couples who have gotten married in Las Vegas

Some celebrity couples decide to get married at famous chapels in Las Vegas, Nevada. On Wednesday, May 1, just after the Billboard Music Awards, Joe Jonas and Sophie Turner got married in a surprise ceremony in Las Vegas. Couples like Kelly Ripa and Mark Consuelos wed in Vegas and are […] Ed Sheeran proposed to his long-term girlfriend Cherry Seaborn over Christmas. Sheeran announced their engagement via Instagram on Saturday afternoon. Sheeran and Seaborn first met back at school but didn’t start dating until 2015. The pair bumped into each other by chance at a bar in New York while Sheeran […] Meet Princess Akshita of Mayurbhanj, who says growing up as an...