A shelter cat broke hearts everywhere when no guests showed up to her birthday party, but people online are rallying around her

Not a single soul showed up to Monique the cat’s birthday party at the Battersea Dogs & Cats Home in London. Shelter staff threw Monique a party in the hopes it would encourage visitors to learn about their favourite feline. Monique has been at the shelter for 115 days, five […] 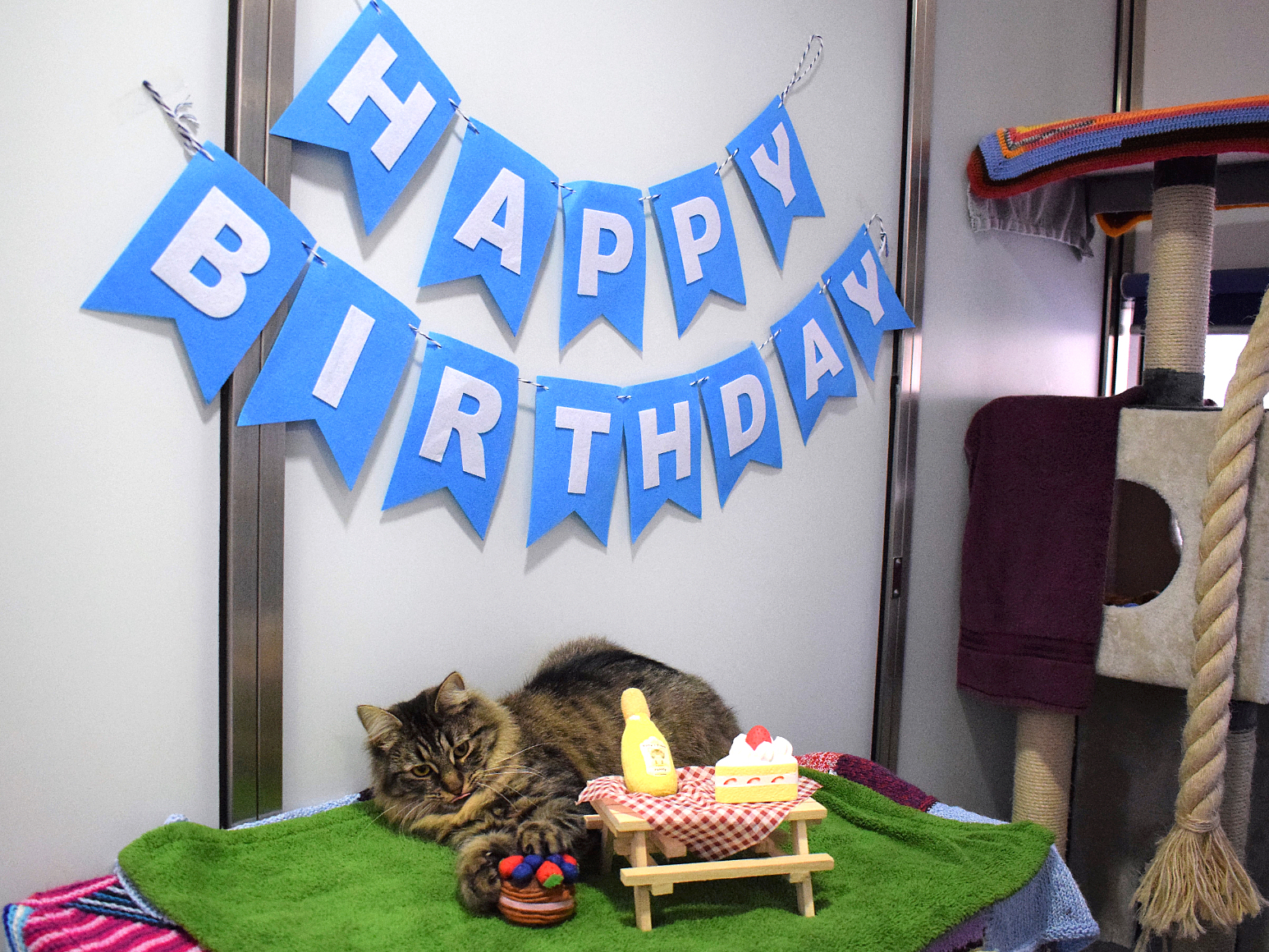 Warning: Spoilers below if you haven’t seen “Cats.” The director of “Cats” told Insider the reason for Taylor Swift’s sudden exit in the movie. Swift plays Bombalurina, and her big moment is when she sings the seductive “Macavity” number (in a British accent). “Cats” is currently playing in theatres. Visit […]

Warning: There are minor spoilers ahead for “Cats.” “Cats” premieres Friday and is one of the more unusual films to come out this year. The film focuses on a group of walking, talking, anthropomorphic cats called the Jellicles as they introduce themselves and prepare to send one of their members […] The 6 most cringeworthy things about the ‘Cats’ movie, ranked

Warning: there are minor spoilers ahead for “Cats.” The movie adaptation of “Cats,” starring Taylor Swift, Jennifer Hudson, Rebel Wilson, and Jason Derulo premieres on Friday. After the trailer was released in July, people took to social media to express their terror, confusion, and disgust with the film, which follows […] 19 hilarious photos of cats taken at the wrong time

Cats are adorable, but even furry felines have less-than-photogenic moments. Whether they’re mid-clean or post-meal, cats have been known to take some really bad (and really funny) photos. Visit INSIDER’s homepage for more stories. Between their sweet purring, soft fur, and independent streak, cats are among our most beloved pets. […] 8 things you didn’t know were poisonous to cats

Aloe vera and lilies are common houseplants that can make cats very sick. While cats are generally picky eaters and will typically steer clear of these on their own, garlic, onions, chocolate, and caffeinated foods are particularly harmful if ingested. If a cat eats unbaked dough, it may expand and […]

People are tweeting photos of cats hiding in Christmas trees, making for some IRL brainteasers. Can you spot them all?

It’s the holiday season and many families across the world have put up their Christmas trees to celebrate. But some people are having a bit of a problem – their cats like Christmas a little too much, and are hanging out inside of them. Some are hiding, some are playing […]

2 cats are determined to get inside an art museum in Japan, and the internet is rooting for them

Two cats have been trying to get inside the Onomichi Museum of Art in Japan for two years. Security guards at the entrance do their best to keep them out. The museum’s Twitter account documents the cats’ attempts and people are rooting for them. For two years, an orange cat […]