Rumors have swirled of a possible deal in recent weeks, and follows Casper disclosing plans to raise capital in a recent S-3 filing. 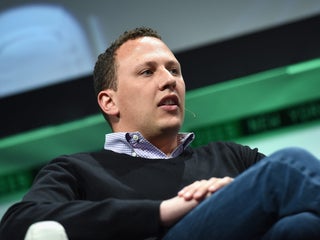 From '90s throwbacks to spooky Netflix originals, Insider rounded up some of our favorite scary (but not too scary) movies to watch this Halloween. 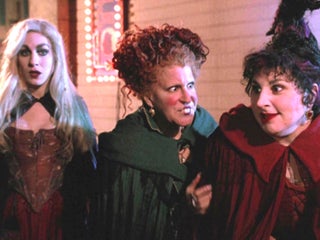 Casper shares pop as much as 32% in trading debut

Casper shares popped as much as 32% in its first hour of trading on the New York Stock Exchange. The jump comes after the company slashed its initial offering price to $US12, the bottom of its price range and down from an earlier range of $US17 to $US19. Casper’s IPO […] Casper prices its IPO at $12 a share, giving it a valuation of $490 million, confirming that it’s no longer a unicorn

Casper on Wednesday priced its IPO at $US12 a share. That’s at the low end of the range it had already lowered earlier in the day. The price gives the company a market capitalisation of around $US490 million, or less than half the valuation venture investors gave it in its […] Casper Sleep slashes the price range for its planned IPO

Casper, the online mattress company planning to go public, slashed its target share price range, according to a Wednesday filing. The new price values Casper at a fraction of the $US1.1 billion private markets valued it at in its most recent funding round. The startup has marketed itself in its […] Casper plans to raise as much as $US182.4 million in its IPO, according to a Monday SEC filing. The online mattress retailer expects to sell 9.6 million shares at between $US17 and $US19 per share, reaching a market value as high as $US768.2 million. The market cap estimate falls below […] Casper, the online mattress seller that filed for an IPO last week, would prefer to find a buyer than go public, Scott Galloway told Kara Swisher on the pair’s Pivot podcast this week. “They don’t even plan to go public … they’re basically saying a Target or someone, ‘Come take […] Hi! Welcome to the Advertising and Media Insider newsletter. I’m Lauren Johnson, a senior advertising reporter filling in for Lucia this week. If you’re new to this email, sign up for your own here. Send me tips or feedback at [email protected] This past week, Lucia looked at Time magazine’s plan […] Casper CEO Philip Krim’s obsession with securing a $US1 billion “unicorn” valuation derailed three potential buyouts of the online mattress seller, according to the New York Post. The startup, which filed to go public last week, discussed a sale with Tempur Sealy and Serta Simmons last year, but both mattress […] Mattress startup Casper filed to go public last week. Its IPO paperwork contained a few surprising takeaways about how Casper views its business and the sleep market in general. For example, the company hinted that it may invest in other categories like medical devices or pajamas. It also lists social […] Casper, the buzzy sleep startup that ignited the online mattress-shopping craze, has filed to go public

$US1 billion startup Casper is going public. The company filed paperwork with the US Securities and Exchange Commission on Friday to start trading on the New York Stock Exchange. Casper did not say how much money it plans to raise in the offering or the valuation it is seeking. Casper […] 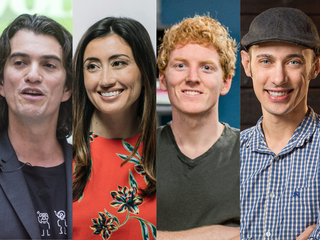 The tech landscape looks completely different today than it did at the beginning of the decade. Numerous tech companies that didn’t even exist before 2010 joined the ranks of the unicorns in 2019, reaching the vaunted benchmark of a $US1 billion valuation. Some of the young companies to reach unicorn […] Uber’s first employee is worth over $1 billion as company goes public, and he’s already committed to donating at least $14 million to charity

Ryan Graves was Uber’s first employee and briefly held the CEO position before founder Travis Kalanick. He is poised to become a billionaire after Uber’s public debut Friday, but he is part of a new set of early tech employees that have committed to donating a portion of his IPO […] Facebook CEO Mark Zuckerberg built a glowing wooden box to help his wife sleep, he recently revealed in an Instagram post. The box emits light to wake her up without requiring her to look at the time. While it’s not possible to buy that device, there are a few products […] The online mattress company Casper has expanded its sleep-centric product line to include everything from bedside lights to duvets to multiple types of mattresses. More products, however, mean a lot more product testing is needed – especially for a company that’s as much a high-tech startup as it is a […] Former executives from Casper and Rent the Runway teamed up to create Block, a company that tackles the nightmare of home renovation. By coordinating every aspect of a remodel from start to finish, the company hopes to save homeowners time, money, and effort. Block’s first phase is limited to bathroom […]