In the 1965 movie "Thunderball," starring Connery, Bond forces himself on a nurse who rejects his advances. 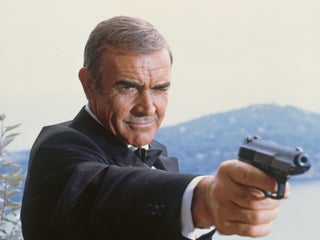 In the movie, Lynch plays 00 agent Nomi, which marks the first-ever Black female 007 agent in the James Bond franchise. 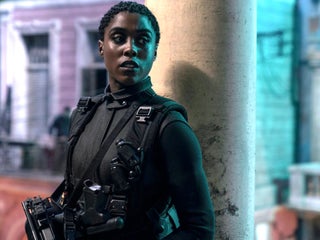 Prince Charles paid a visit to Pinewood Studios outside London on Thursday, where the new James Bond movie is currently being filmed. The Prince of Wales got to meet Daniel Craig, who plays Bond, as well as the film’s director, Cary Joji Fukunaga, and actors Ralph Fiennes and Naomie Harris. […] Emma Stone only had a couple hours to train for that violent single-shot action sequence in Netflix’s ‘Maniac,’ and she injured her wrist doing it

For the single-shot action sequence in episode 9 of “Maniac,” Emma Stone only had a few hours to prepare, and she injured her wrist doing it. The entire sequence was shot in less than half a day, the show’s director Cary Joji Fukunaga told Business Insider. You’re always in store […] Emma Stone really didn’t want to play an elf on the Netflix show “Maniac.” When the show’s director, Cary Joji Fukunaga, suggested it, she immediately nixed it, telling the director she only liked to play real characters. But Fukunaga told Business Insider he couldn’t resist writing it into the show. […] “Maniac” director Cary Joji Fukunaga told Business Insider about the challenges of making his trippy new show for Netflix. He also explained why Emma Stone hated playing the elf character, and why he and Stone almost went to Netflix to see if the screening giant would not release all the […] “Maniac” director Cary Joji Fukunaga made it clear while speaking to Business Insider that if Netflix does a second season of the show, he will not be a part of it. This is similar to his work on HBO’s “True Detective,” in which he directed all the episodes of the […] After walking away from directing ‘It’ following nearly 3 years of development, Cary Joji Fukunaga is in no rush to see the movie: ‘It’s no longer mine’

Cary Joji Fukunaga was originally supposed to direct the 2017 box-office hit “It.” However, because of creative differences with the movie’s studio, Warner Bros., Fukunaga walked away (he still has a writing credit on the movie). He admitted to Business Insider that to this day he still has not seen […] Cary Joji Fukunaga on directing the next James Bond movie: ‘I’m just honored that they picked me’

Cary Joji Fukunaga was named the director of James Bond 25 on Thursday morning. He talked to Business Insider that afternoon about getting the job. It might have been the biggest morning of director Cary Joji Fukanaga’s career, but it didn’t seem that big a deal hours later on Thursday […] After turmoil, the next James Bond movie has a new director: Cary Joji Fukunaga of ‘True Detective’

Cary Joji Fukunaga has signed on to direct James Bond 25. The director is best known for helming the first season of HBO’s “True Detective” and the acclaimed Netflix movie, “Beasts of No Nation.” Bond 25’s original director, Danny Boyle, left the project a month ago over creative differences. James […]