The Watergate reporter cited "the tens of thousands of people who died because of his homicidal negligence in the pandemic." 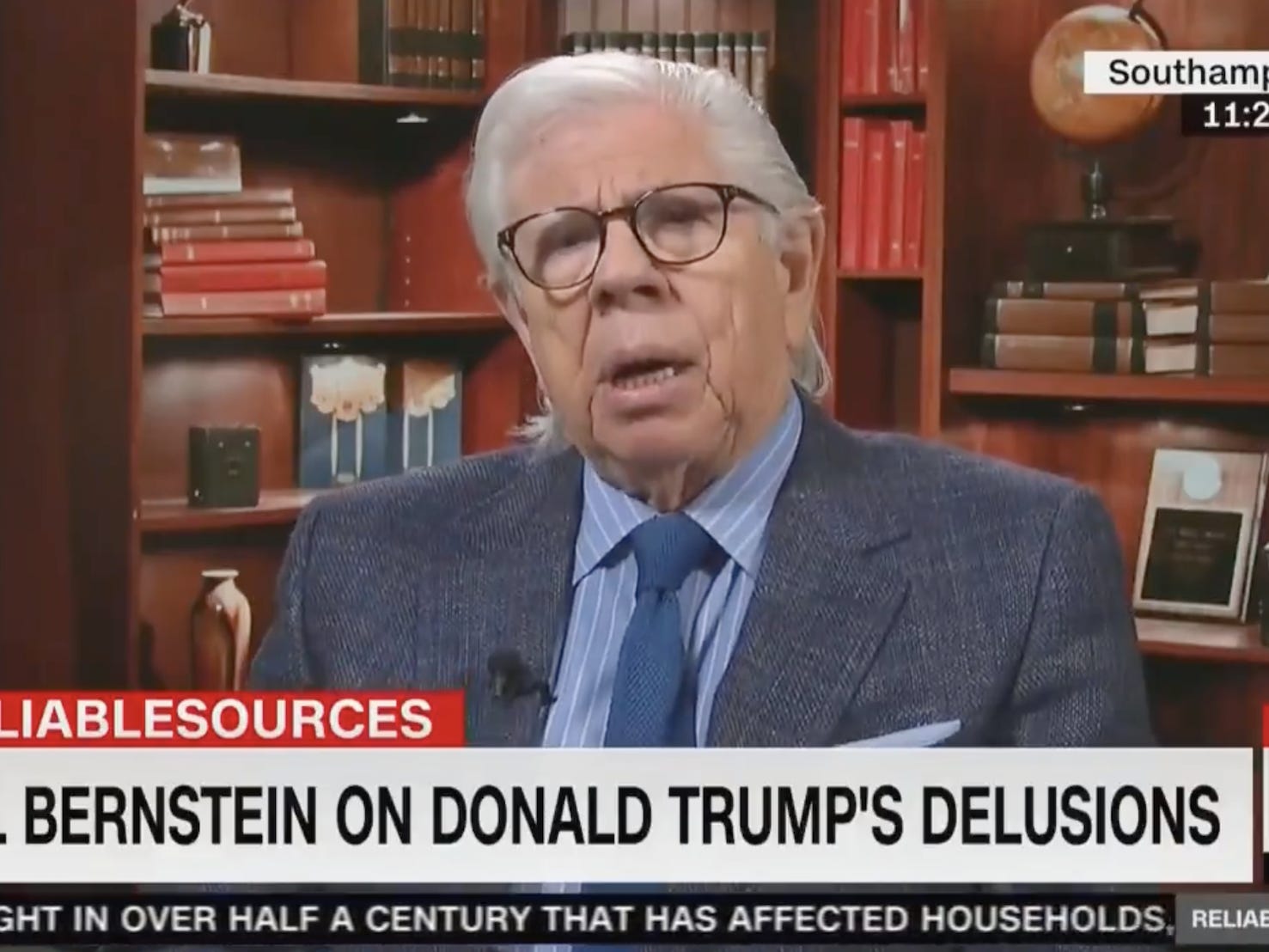 Carl Bernstein, whose reporting on Watergate in the 1970s led to President Richard Nixon’s resignation, appeared on CNN on Sunday to discuss a call between President Donald Trump and Georgia’s secretary of state. In the call, Trump asked Brad Raffensperger to “find” more votes to overturn President-elect Joe Biden’s win […]

Carl Bernstein, one of the journalists who uncovered the Watergate scandal in the 1970s, said on Sunday that 21 Republican senators had privately “expressed extreme contempt” for President Donald Trump and “his fitness to be POTUS.” He said their silence had “helped enable Trump’s most grievous conduct-including undermining and discrediting […]

The veteran reporter Carl Bernstein, who reported on the Watergate scandal with Bob Woodward, has said his former colleague’s revelations about President Donald Trump and COVID-19 are “graver than in Watergate.” Woodward recorded the president telling him in February that the novel coronavirus was “deadly” and then telling him in […]

‘Two guys in a steam bath’: Trump praises himself on phone calls with Putin, according to a CNN report

Sources within the Trump administration said the president was “inordinately solicitous of Putin’s admiration and seemingly seeking his approval,” according to CNN’s Carl Bernstein. Two US officials said Trump had “naively elevated” Russia “to almost parity with the United States.” “He’s playing with something he doesn’t understand,” one official said, […] Journalist Bob Woodward recently spoke with Business Insider, discussing his new book, his advice for journalists, and his thoughts on anonymous sourcing. Woodward said journalists should rely even more on what is called “deep background” reporting. Woodward also shared the best advice he received after the Watergate scandal, of which […] Investigative journalist Carl Bernstein rebuked President Donald Trump for his behaviour amid the ongoing Russia probe in which federal prosecutors are examining the Trump campaign’s ties to Russian operatives who meddled in the 2016 US election. Bernstein said in an interview this week, “the Trump presidency is worse than Watergate,” […] The prominent investigative journalist Carl Bernstein sounded an ominous warning about the Trump administration’s moves to undermine the US Justice Department and the FBI amid the Russia investigation. Bernstein said the US had reached “a turning point” after a day that saw the resignation of FBI Deputy Director Andrew McCabe, […]