The disinformation was first published by a French far-right journal, which claimed to have conducted a three-year investigation into Brigitte Macron. 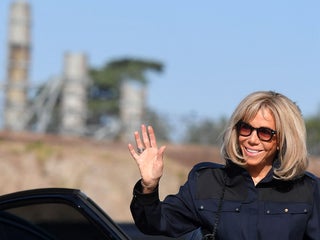 The wives of G7 world leaders enjoyed the best French wine, peppers, and traditional dances while their husbands were at the tense summit

World leaders gathered in southwest France for the G-7 Summit over the weekend, where they were slated for several closely watched meetings to examine major global issues. European Council President Donald Tusk declared this year’s summit was “a difficult test of the unity and solidarity of the free world and […] French first lady Brigitte Macron told Le Monde that American first lady Melania Trump is “really fun” but is not allowed outside. Macron said the two get along well, but they have very different experiences as first ladies, and she was surprised at how strict White House life is. First […]

Inside Blair House, the presidential guest house that’s bigger than the White House and known as the ‘world’s most exclusive hotel’

Blair House is the presidential guest house, just steps from the White House. People call it the “world’s most exclusive hotel” because heads of state, royalty, and presidents-elect stay there as guests of the commander in chief. Blair House was built in the 1820s as a family’s home, and then […] 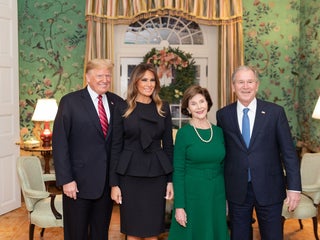 President Donald Trump’s first year in office has included many awkward moments. Whether implying a 19th century abolitionist was alive or ignoring a handshake from the German Chancellor, Trump provided plenty of fodder for ridicule from his online critics and amusement from his supporters. Here are 10 of the most […]