Brian Ortega returned the performance of a lifetime at the Flash Forum in Abu Dhabi on Saturday. The Californian produced a Muay Thai masterclass which bamboozled his opponent Korean Zombie. Ortega had not fought for two years but showed on Fight Island that he had been busy levelling up his […] 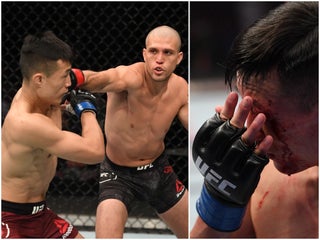 Korean Zombie once felt he missed a shot at Conor McGregor because of military conscription, but is back chasing UFC gold on Fight Island

Cult hero Korean Zombie returns to the Octagon on Saturday against Brian Ortega in the fourth of the UFC’s five successive events on Fight Island. Insider spoke to the fighter’s manager Jason House, the UFC analyst and former title challenger Dan Hardy, and attended a media day with the athlete […] 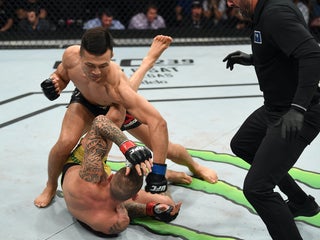 Featherweight rivals Brian Ortega and Chan Sung Jung, also known as Korean Zombie, top the fourth of the UFC’s five Fight Island events in Abu Dhabi on Saturday. There is no love lost in this rivalry as its history contains an open-palm slap, an accusation of cowardice, and a pledge […] 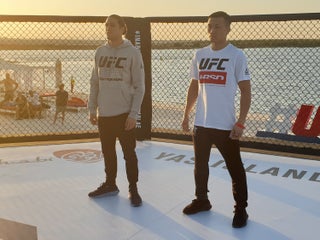 Brian Ortega and Korean Zombie compete in a widely-anticipated featherweight match Saturday which could determine the No.1 challenger to the UFC championship. The fighters have a particularly storied rivalry which includes a fight last year which was cancelled because of injury, a slap in the crowd during the last fan-attended […] 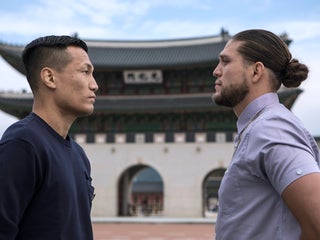