"It's a new year, and I've decided it's a good time to replace myself as the CEO of Signal," said Marlinspike, whose real name is Matthew Rosenfield. 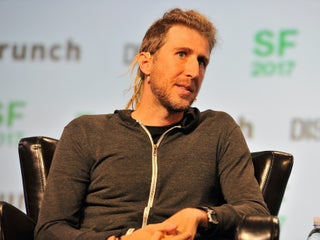 Facebook says it doesn’t read WhatsApp messages, but an investigation found it actually does

Facebook is reportedly paying teams of contractors around the world to read through WhatsApp messages and moderate the content in them. 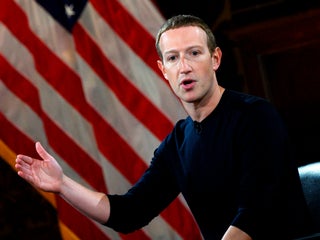 Signal won’t replace WhatsApp, the WhatsApp cofounder who chairs the Signal Foundation says. Instead, people will use the 2 services for different conversations.

The encrypted messaging service Signal won’t replace WhatsApp, Brian Acton, the executive chairman of the Signal Foundation and cofounder of WhatsApp, predicted. Downloads of Signal have skyrocketed since WhatsApp announced it would make users share some personal data with its parent company, Facebook. Acton said there was room for both […] 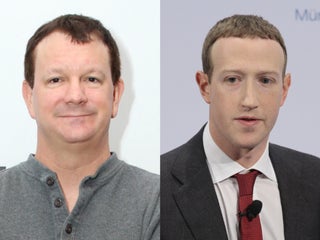 ‘A sellout crying into his money’: Current and former Facebookers dunk on WhatsApp’s cofounder after tell-all interview

There’s a big debate between current and former Facebookers over the way the company treats the founders of companies it acquires. That’s after Instagram’s founders decided to leave, and WhatsApp cofounder Brian Acton lifted the lid on his frustrations with Facebook. But the founders of other Facebook acquisitions appeared to […]

Facebook’s former security chief Alex Stamos said it was “foolish” to expect WhatsApp to remain largely revenue-free after Facebook paid $US19 billion for the messaging service in 2014. It followed a scathing interview with WhatsApp cofounder Brian Acton. He told Forbes about the clashes he had with Facebook bosses over […] ‘This is probably the last time you’ll ever talk to me’: WhatsApp’s cofounder broke his silence about his icy relationship with Mark Zuckerberg

Brian Acton, a cofounder of WhatsApp, has broken his silence about leaving Facebook three years after his company was acquired for $US19 billion. In an explosive interview with Forbes, Acton outlined tensions with Facebook CEO Mark Zuckerberg and COO Sheryl Sandberg about introducing ads into WhatsApp. Acton recalled one meeting […] The gloves are off, and Facebook‘s current and former executives are now engaged in an open war of words. The Facebook executive David Marcus published a lengthy blog post on Wednesday attacking his former colleague Brian Acton, calling him “a whole new standard of low-class” and accusing him of working […] WhatsApp cofounder Brian Acton has revealed that he had a tense clash with Facebook COO Sheryl Sandberg over monetizing the messaging app. In an interview with Forbes, Acton said he wanted to introduce a metered model to WhatsApp, but Facebook’s top executives wanted to go much further. Acton said Sandberg […] A difference in company cultures and philosophies has sprouted intra-office issues among some Facebook and WhatsApp employees, according to The Wall Street Journal. The companies, which were built separately, were brought together following Facebook’s 2014 acquisition of WhatsApp. The employee issues aren’t based on code or company plans: Some Facebook […]

WhatsApp cofounder Jan Koum is leaving Facebook, which acquired his company in 2014 for $US19 billion. Koum, who will leave before his stock award fully vests, could be losing out on as much as $US1 billion, Bloomberg reported. He has so far sold over $US7 billion in Facebook stock. WhatsApp […] Jan Koum is leaving Facebook, he has confirmed in a post. Koum became a billionaire when he and cofounder Brian Acton sold WhatsApp to Facebook for $US19 billion in 2014. The Washington Post reports that Facebook has been pushing to weaken WhatsApp encryption and collect users’ personal information – moves […]