Brett Favre addressed Naomi Osaka's French Open situation by saying athletes should talk to the media because of the money they make. 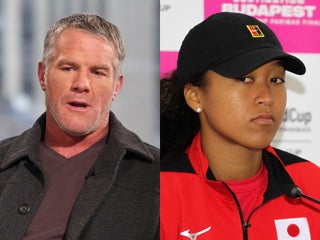 Brett Favre hasn’t paid back $600,000 he got from the state of Mississippi for a series of missed speaking engagements, authorities say

The 51-year-old was paid $1.1 million in improperly distributed federal funds for speaking engagements in 2017 and 2018. 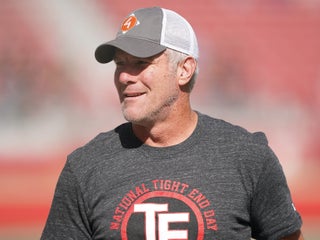 Brett Favre said he wouldn't be surprised if Aaron Rodgers' grudge against the Packers leads him to walk away, even if it costs Rodgers millions. 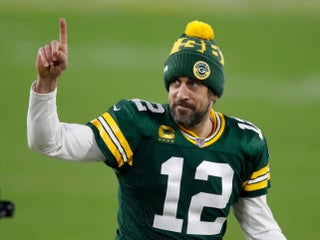 Brett Favre said when watching sports he wanted to focus on the game and not think about what's going on outside it. 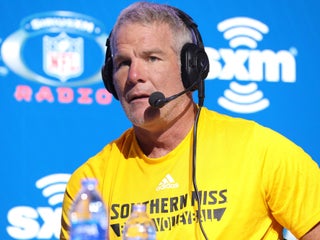 Brett Favre thinks Colin Kaepernick is “deserving of much praise and respect” and that his “hero status will be stamped” for his role in the fight against police brutality against Black people in America. The NFL Hall of Famer likened Kaepernick’s sacrifice to that of Pat Tillman, the late Arizona […] 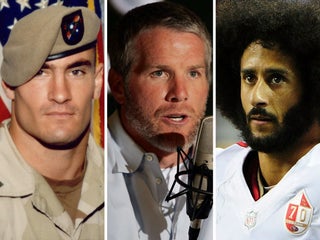 Mississippi spent at least $94 million in welfare money on NFL players, lobbyists, and pro wrestlers instead of its poorest citizens, audit says

Mississippi misspent at least $US94 million in federal welfare funds in ways that paid star NFL football players like Brett Favre, lobbyists, and pro wrestlers, according to a state audit released Monday. Shad White, the auditor, called it “the most egregious misspending my staff have seen in their careers” in […] 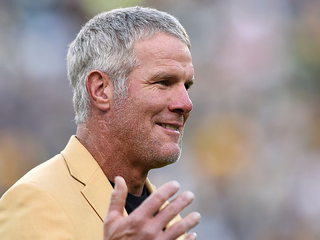 The Green Bay Packers shocked the NFL world on Thursday by trading up in the first round to select quarterback Jordan Love, a potential successor to Aaron Rodgers. The move mirrors the way Rodgers entered the league in 2005 as a potential replacement to Brett Favre, who had no intention […] 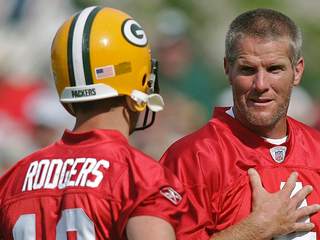 15 of the best performances by athletes in movies

Some of the athletes in the world have also taken turns in movies and television. These athletes-turned-actors often play an amplified version of themselves, but will also occasionally take on an entirely new role. Visit Business Insider’s homepage for more stories. Superstar athletes are used to putting on a show. […] Brett Favre struggled with an addiction to Vicodin during his playing days, even taking as many as 14 pills at once. He went to rehab twice for Vicodin addiction. He went to rehab again a third time for drinking and was able to get sober after that. In his last […] Brett Favre believes he had ‘probably thousands’ of concussions, and now calls the uncertainty of his future mental health ‘very scary’

Legendary quarterback Brett Favre believes he may have had “thousands” of concussions during his football career. Favre suffers from short-term memory issues, among other things, and is worried those might be early signs of CTE. Favre has become outspoken about concussion issues in contact sports, even saying that he hopes […] Brett Favre was one of the greatest... The Saints got a helping hand from Brett Favre before their game against the Seattle Seahawks on Monday night. Saints head coach Sean Payton texted Favre last week to see what he could do to handle Seattle’s crowd noise, according to MNF sideline reporter Lisa Salters. Salters reported that Favre […] The St. Louis Rams Called Brett Favre On The Night Their Starting Quarterback Got Hurt

The St. Louis Rams called Brett Favreto see if he was interested in returning to the NFL, ESPN’s Adam Schefter reports. Favre said no. Rams quarterback Sam Bradford went down with a season-ending knee injury on Sunday afternoon. Later that night the team called Favre’s agent to see if he […] The NFL held their annual awards show last night. And outside of Adrian Peterson winning the MVP award over Peyton Manning and two Colts coaches finishing first and second for Coach of the Year, the most interesting moment of the evening came when Brett Favre and Aaron Rodgers took the […] [credit provider=”Getty Images” url=”http://www.gettyimages.com”] Former NFL quarterback Brett Favre may have been the target of the New Orleans Saints’ alleged bounty program, but he’s pleased that the four players had their suspensions lifted based on the current evidence.On Mike Tirico’s weekly Monday Night Football podcast, Favre said that at this […] [credit provider=”Screenshot via ESPN”] Just the thought of Peyton Manning suiting up in a different uniform felt like blasphemy not so long ago.But after losing an entire season to neck and arm injuries, Manning is out the door in Indianapolis.