The best pancakes in every state

Few breakfast foods are as versatile and delicious as pancakes, and some spots are better than others for ordering them. Yelp named the best pancake place in every state based on customer reviews. The top picks included eateries that serve up apple-stuffed pancakes, s’mores Oreo pancakes, and cinnamon roll pancakes […] 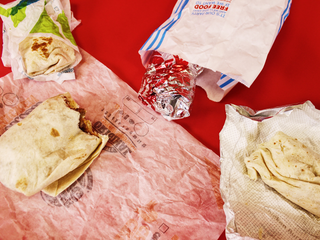 On Tuesday, Wendy’s announced that it would be rolling out a breakfast menu nationwide in 2020. The chain’s stock dropped by over 11% on Tuesday after the chain revised its profit due to the breakfast announcement. I went to a Wendy’s location that was testing the breakfast menu and tried […] Emily Samuel, a celebrity fitness trainer, says there’s no magic solution for healthy eating – she recommends simply preparing more of your own meals. One of her favourite inexpensive at-home cooking “tricks” is mixing up protein-packed no-bake breakfast balls. Samuel said that the “no-bake little healthy balls that I make, […]