The bra comes at a time when Victoria's Secret is moving away from model-based marketing to cater towards a more universal audience of women. 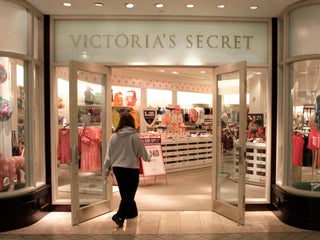 I won’t be burning my bras anytime soon, but I’m changing the way I buy and wear them for good

After many bra-wearers spent a year "unhooked," comfier styles like sports bras and bralettes may reign supreme for the foreseeable future. 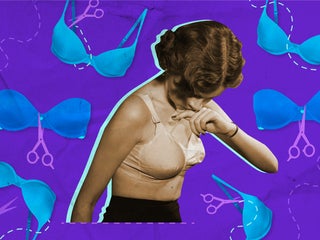 I tried a wire-free bra that has thousands of 5-star reviews on Amazon, and now I want to buy it in every colour

The Hanes Comfort Evolution Bra topped Amazon’s everyday bra list in May. The wire-free bra is available in 13 different colours, and ranges from size small to 3X. I wore the bra around the house and out on an 8-mile bike ride, and it was so comfortable that I kept […] 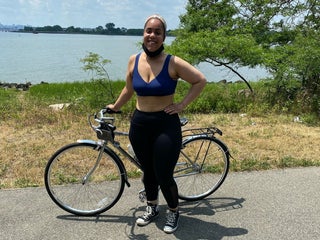 How to find a sports bra that fits, and when to throw it out

Many women feel their sports bras don’t work for them – and some don’t work out because of it. There are two kind of sports bras: encapsulation bras, which support each breast, and compression bras, which compress the breasts against the body. Finding the best sports bra for you means […] There is a ‘right’ way to put bras on, especially if you want them to last long and support you properly

Wearing a bra properly can help your chest feel supported and it can make the garment last longer. To put your bra on properly, start by putting on the straps, fastening the back clasps (if there are any), and then leaning forward. Once your bra is on your body, scoop […] Victoria’s Secret reported that it will close 53 stores in North America this year, up from 30 stores last year. Victoria’s Secret has been criticised for a lack of inclusivity, in part because of comments made by the chief marketing officer, Ed Razek, in an interview with Vogue last year. […] All the looks from the 2018 Victoria’s Secret Fashion Show

After two years abroad, the Victoria’s Secret Fashion Show returned to New York City. The high-profile event aired on Sunday at 10 p.m. ET on ABC. As usual, some of the world’s most famous models – as well as 18 newcomers to the show – graced the lingerie brand’s runway, […]

Nike's new sports bras are getting a lot of...