Boxed is set to merge with Seven Oaks Acquisition Corp. in a deal that values the combined companies at roughly $900 million. 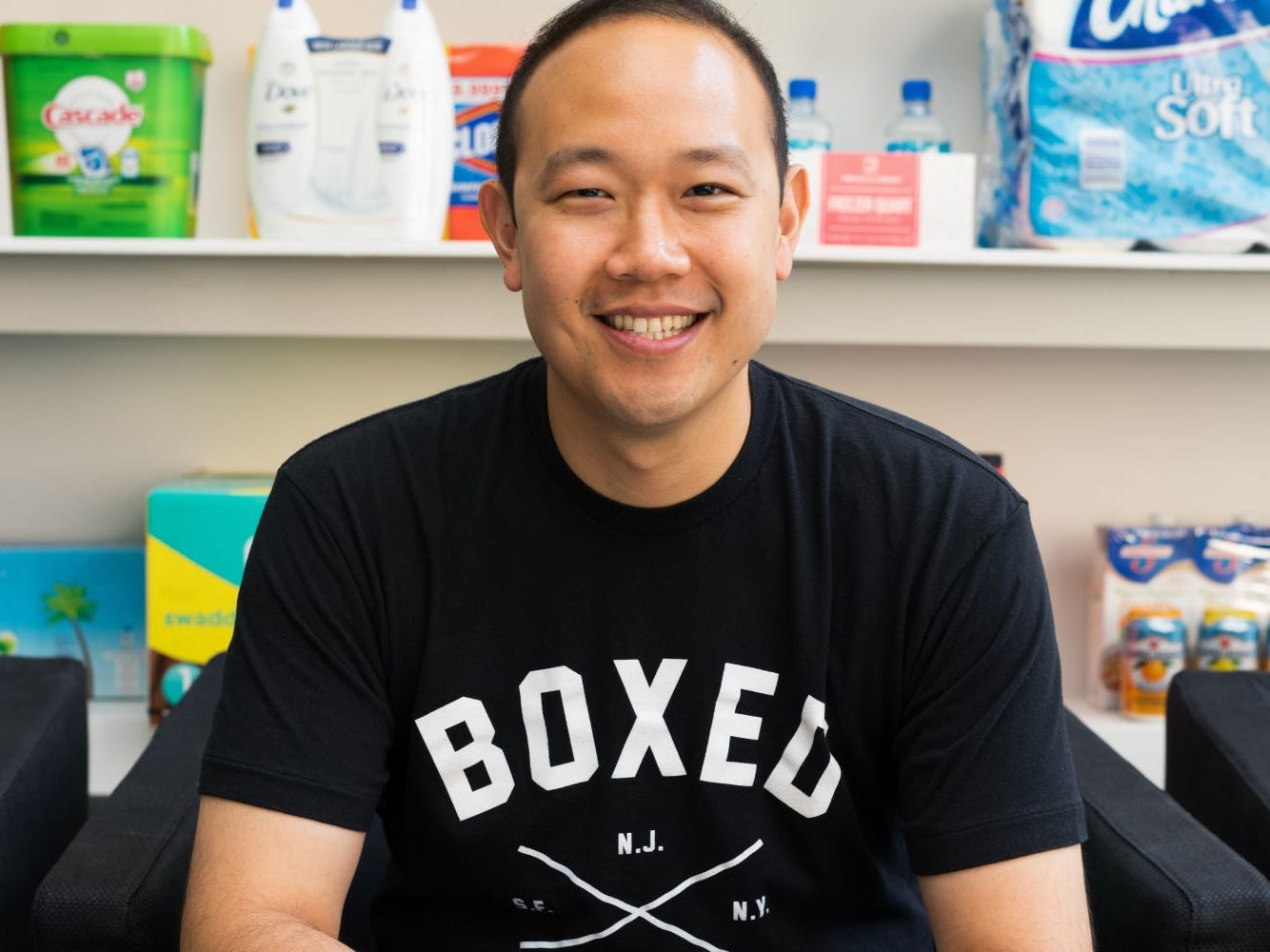 Amazon and Walmart are facing shortages and delays of essentials like toilet paper and cleaning supplies, but you might find them on one of these alternative websites

Amazon and Walmart seem to be sold out of many everyday essentials. But that doesn’t mean those essentials aren’t available elsewhere. We’ve compiled a list of places where you can shop for the things you need when the biggest stores aren’t an option. Here’s how you can keep everything from […] The CEO of Boxed, ‘the Costco for millennials,’ says his site has banned the infamous ‘pink tax’ — and it’s saved shoppers $1 million

Good morning! One of our big stories of the past week was the agency change at McDonald’s, from advertising correspondent Patrick Coffee. Patrick obtained an internal doc from the new agency, Wieden and Kennedy, that just won the fast-food giant’s ad business. Internal memo from McDonald’s new ad agency reveals […]
Strategy Feb. 20, 2019, 6:24 AM

Boxed CEO and cofounder Chieh Huang interviews every job candidate personally, and says he asks them three questions to make sure they’re not jerks. The questions are meant to test whether a job candidate is curious, open, and can hold a conversation, and to find out how arrogant they are, […]
News Aug. 22, 2018, 2:14 AM

Boxed, the ‘Costco for millennials,’ just got supercharged by the Walmart of Japan

Boxed has raised $US111 million in a Series D round of funding, it announced on Tuesday. The round was led by Aeon Co., a Japanese retail giant that is considered one of the largest in Asia. Boxed is an e-commerce site that sells goods in bulk, earning it the nickname […]
News Jun. 10, 2018, 12:10 AM

We compared the ‘Costco for millennials’ with the real Costco, and one had a clear advantage over the other

Costco and Boxed are both bulk retailers that sell pretty much everything. Boxed has been called the “Costco for millennials” because it’s an online-exclusive store with mobile ordering and speedy delivery. Costco also has an online store and mobile ordering, but its prices can be as much as 20% more […]
News Jan. 26, 2018, 9:10 AM

Amazon is looking into purchasing bulk e-commerce seller Boxed, according to the New York Post. The Post also reported that grocer Kroger had made an offer to acquire Boxed, but it was rejected. Buying Boxed would help Amazon grow a business it has not yet leaned into. It seems Boxed […]