The day before, the UK scrambled fighter jets in response to four Russian strategic bombers to escort them out of its area of interest. 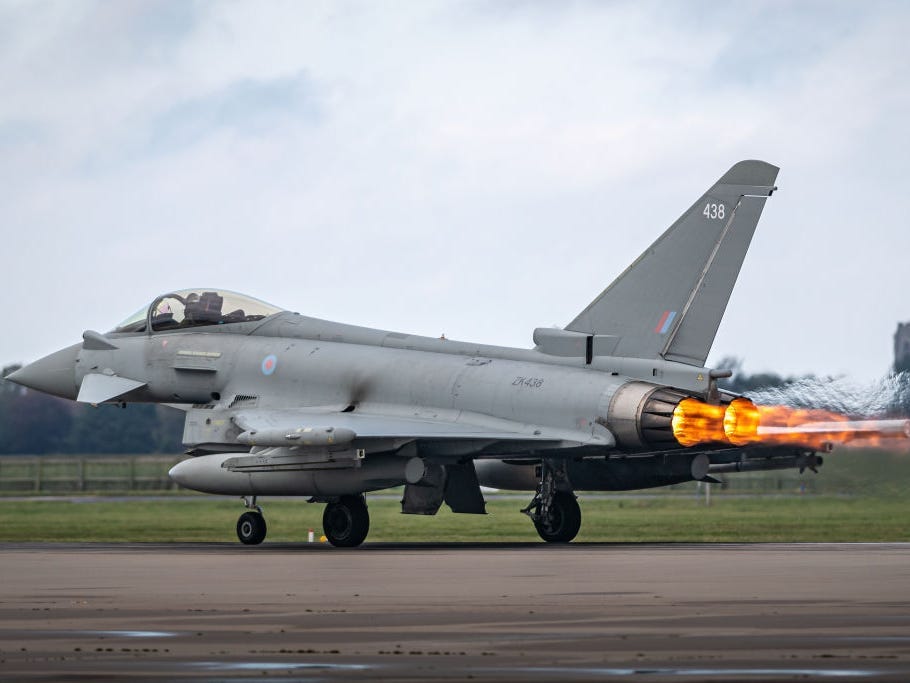 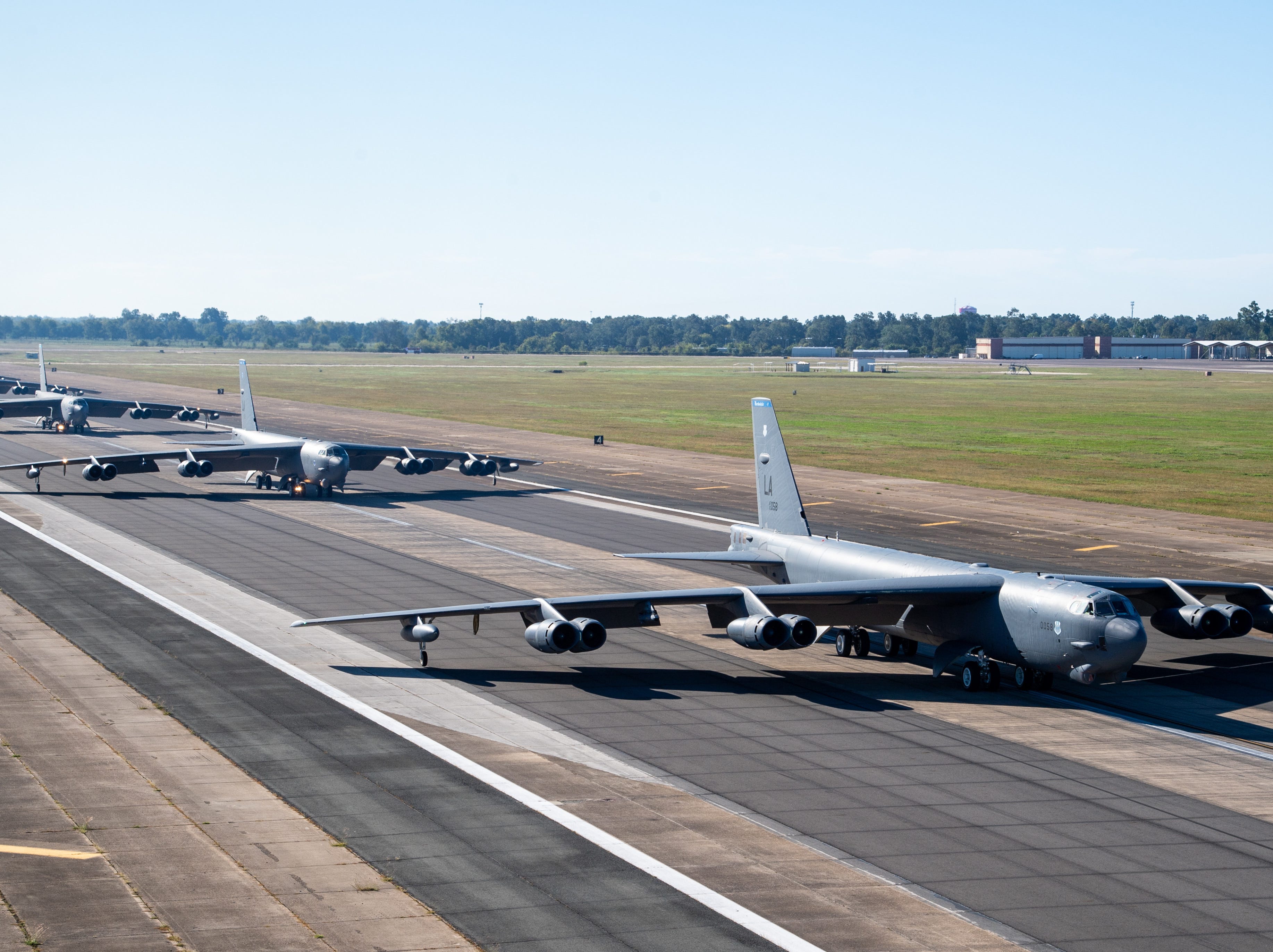 The general characterized Russia as the "most acute challenge to our homeland defense mission" in written testimony. 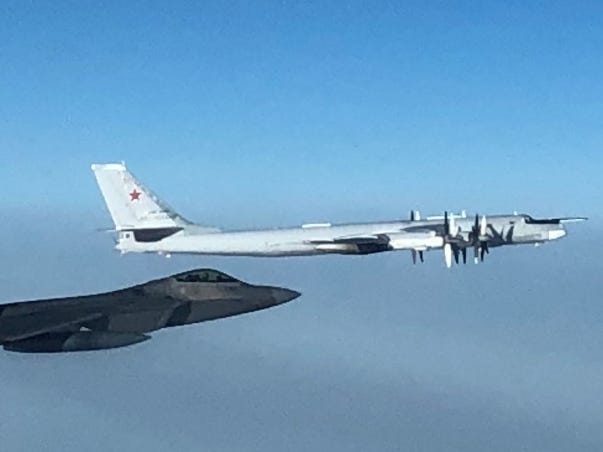 US F-22 Raptors were sent out to intercept Russian bombers near Alaska on Wednesday morning, North American Aerospace Defence Command said. The US fighters were supported by KC-135 Stratotankers and E-3 Airborne Warning and Control System planes. The NORAD force intercepted two Russian aircraft formations consisting of bombers, fighters, and […] 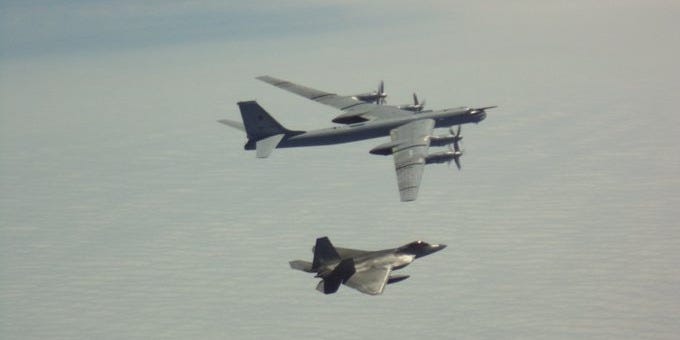 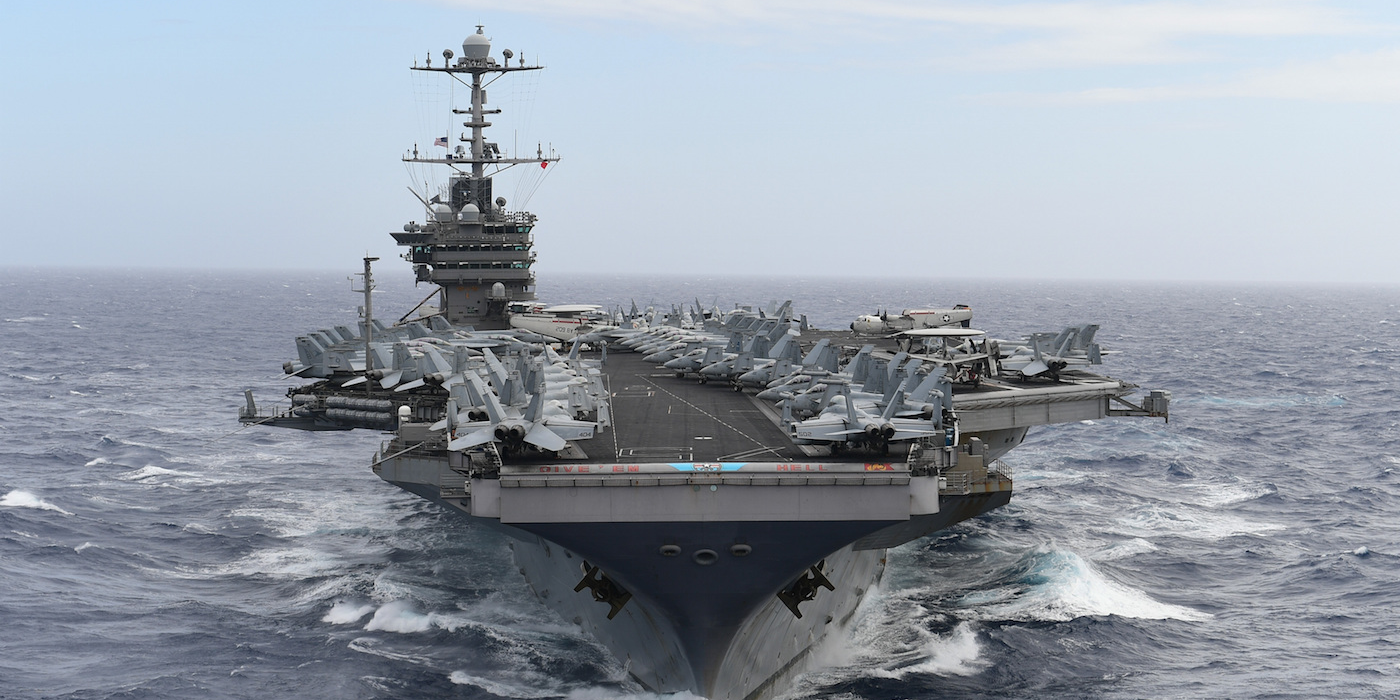 US Strategic Command announced Monday that US-based B-52 and B-2 bombers conducted coordinated flights over Europe and the Pacific last Thursday. STRATCOM said the “dynamic employment” of these long-range bombers “showcased the United States’ ability to conduct synchronised strategic deterrence anywhere in the world with a ready, lethal force.” The […]

Gen. Timothy Ray, an Air Force four-star who commands US Global Strike Command, said this week that the Air Force needs a lot more bombers to compete with America’s top rivals. “There are currently only 156 US strategic bombers,” the general explained, according to a Department of Defence report. “But, […]

US aircraft carrier, bombers and fighters flex their muscles near Iran with simulated strikes

The US Navy carrier strike group and US Air Force bombers deployed to the Middle East to counter Iran conducted simulated strike exercises near Iran over the weekend. The US began deploying troops and military assets to US Central Command last month in response to what it described as intelligence […]

Russian strategic bombers with fighter escorts twice tested US air defences in two days with flights off the coast of Alaska. On Tuesday, Russian Tu-95 long-range bombers entered the Alaskan Air Defence Identification Zone for the second time this week, NORAD said. The US was forced to scramble F-22 stealth […]

The US received credible intelligence that Iran was plotting an attack against US interests, including US military forces and civilians, in the Persian Gulf. The Pentagon then approved a US Central Command request for additional firepower, according to The New York Times. The White House announced on Sunday the redirection […]

US and Chinese heavy long-range bombers have been flexing their muscles in the same neighbourhood this week. Since Saturday, China has twice sent bombers and other military aircraft past southern Japan for training. Japan scrambled fighters in response both times. On Thursday, US bombers joined Japanese fighters off the coast […]

US Air Force B-52H Stratofortress bombers flew over the South and East China Seas on Monday. China has previously bristled at US bomber flights in the region, calling them “provocative.” Beijing has lashed out multiple times in recent months over US freedom-of-navigation operations in the South China Sea and Taiwan […]

The US Air Force is testing an upgrade for its B-52 bombers that will allowed the decades-old aircraft to drop more bombs in a single run. The service plans to upgrade the revolutionary Conventional Rotary Launchers (CFLs), which dramatically increased the B-52’s smart weapon carrying capacity. In the past, aircrews […]

To combat the threat to US military aircraft posed by birds and other wildlife, Ellsworth Air Force Base has installed bird cannons. Four years ago, a US military helicopter crashed in the UK, killing all four crew members. The cause: a flock of geese. Birds and wildlife pose a deadly […]

Two Russian Tu-95 Bear bombers approached Alaska Tuesday, causing the US to dispatch two F-22 stealth fighters to enter the strategic Cold War-era bombers. Tuesday’s incident, which came as Russia and China kicked off massive war games in eastern Russia, marks the second time in a month US fighters have […]

Chinese bombers are extremely active, and the Pentagon thinks they’re training for strikes against US targets

Chinese bombers are increasingly active and flying farther from China’s shores, according to a Department of Defence report released Thursday. The Pentagon suspects that China might be training for strikes against US targets as well as sending a message to other regional actors that Chinese capabilities are improving. The US […]

US defence officials say a Russian jet intercepted a US Navy aircraft over the Baltic Sea on Tuesday. One official told CNN the Russian Su-27 fighter came within about 20 feet of the US plane. Such encounters have been common in the skies over Europe in the past year. A […]

Air Force Global Strike Command has ordered a safety stand-down for its B-1B Lancer bombers. The order comes after a Lancer made an emergency landing in Texas in May. The Air Force has dealt with a spate of aircraft incidents in recent months, and an investigation into the May incident […]

Humanity is in a serious pinch for energy. The world population may balloon to 9 billion people by 2040, up from 7.36 billion in 2016, and researchers believe this will translate to a 48% jump in energy consumption. Fossil fuels could slake the world’s thirst for energy, but burning more […]

VIDEO: At Minot Air Force Base, 12 B-52 bombers were deployed in an exercise to demonstrate that the squadron could project nuclear force "anywhere, anytime."