What it takes to perform in “Magic Mike Live”

To perform in the cast of "Magic Mike Live," it takes more than being a world-class dancer and having a spectacular physique. 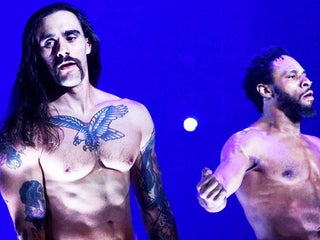 Your performance starts as soon as you enter the room. Instead of looking down at your notes, engage with the people around you to calm your nerves. 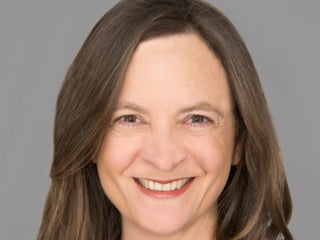 Putin adopted a pose that said "whatever," while Biden looked - while not exactly eager - more keen to engage, a body-language expert told the BBC. 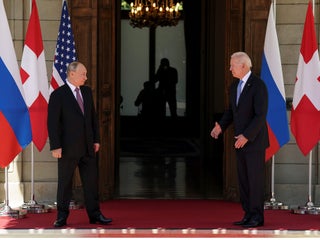 Donald and Melania Trump have been married since 2005, long before his 2016 presidential campaign. Since then, their marriage has weathered more than a few storms. Patti Wood, a body-language expert, took a look at three photos of the Trumps during his presidency plus one from the campaign trail to […] How to talk to people you don’t get along with, according to someone who does it all the time

INSIDER spoke to Roger Strecker, a certified behaviorist, about how to talk to people you don’t get along with. Friendly body language and pleasantries help build a positive rapport. It’s usually best to avoid disparaging someone even if you know they’re wrong. Whether it’s an inconsiderate roommate, an aggravating colleague, […]

The newest public-speaking world champion beat 30,000 other competitors by using a body-language trick she learned from a past winner

Ramona Smith, a high-school teacher from Houston, won the Toastmasters World Championship of Public Speaking in Chicago last month. In her winning speech, Smith used a body-language technique she learned from a previous speaking champion: keeping her palms facing out toward the audience. Opening your palms conveys vulnerability to the […] A person’s body language can reveal a lot about what they’re thinking and feeling. That’s especially true if their nonverbal displays don’t match what they’re saying out loud. For example, a pointed finger with a closed hand can be an attempt at showing dominance, while someone who repeatedly touches their […] The high-school teacher who beat 30,000 people in the world public speaking championship explains how she went from beginner to champion in only 4 years

The ToastmastersWorld Championship of Public Speaking was held in Chicago last week, and Ramona Smith, a high-school teacher from Houston, won. Smith told Business Insider the various ways she’s improved her skills since she first began public speaking in 2014. Her biggest improvements were learning how to talk slower, ask […] The 31-year-old teacher who beat 30,000 people to become the world champion of public speaking explains exactly how she did it

Ramona Smith, a 31-year-old teacher from Houston, won the ToastmastersWorld Championship of Public Speaking competition on Saturday. Smith broke down the techniques she used in her winning speech in an interview with Business Insider. Watch her six-minute speech below, and use her insight for your own presentations and interviews. On […] Mark Zuckerberg, Facebook’s CEO, testified before Congress this week to explain how Facebook mishandled user data during the Cambridge Analytica scandal. Chris Hadnagy, a body-language expert, said Zuckerberg seemed stoic and relatively emotionless, and didn’t display any signs of sadness. That means he missed a prime opportunity to earn listeners’ […] Mark Zuckerberg will testify before Congress this week, to explain how Facebook mishandled user data during the Cambridge Analytica scandal. Body language expert Chris Hadnagy outlined the kinds of verbal and nonverbal behaviours to watch out for during the testimony. Those behaviours include hand-rubbing, excessive blinking, and hedging questions. Mark […]

7 signs your body language is sending the wrong message

Body language is an important form of communication – even if you’re not always aware of it. The way you stand and gesture can make you seem more (or less) confident and attractive. Some body-language tweaks are easier to make than others. It’s generally easier to plan out exactly what […] The signs that someone is lying aren’t always easy to decipher. And, unfortunately, there’s no way to determine whether or not someone’s being honest with 100% certainty. But there are some obvious signs that someone might be lying. Keep reading for a list of signs you can watch out for. […] 11 signs someone is lying to you

Are you bad at spotting a lie? New research by Dr. Leanne ten Brinke, a forensic psychologist at the Haas School of Business at the University of California, Berkeley, and her collaborators, suggests that our instincts for judging liars are actually fairly strong – but our conscious minds sometimes fail […] Confidence is key to success in many areas of... Pamela Meyer, the author of "Liespotting:...