What is an optical drive? A guide to how your computer reads CDs, DVDs, and Blu-ray discs

Optical drives let your computer read and interact with discs like CDs, DVDs, and Blu-rays. However, they're quickly becoming outdated. 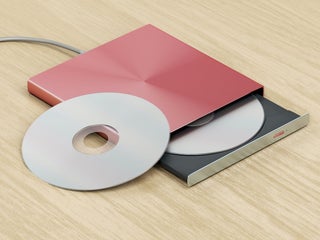 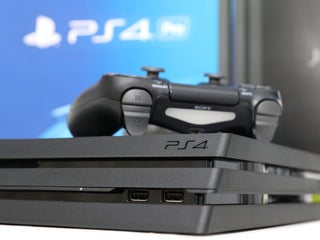 You can play movies on your Xbox One by installing the Blu-rayPlayer app or any streaming app, or by renting or purchasing movies directly from the Microsoft Store. Once you install the Blu-ray app, inserted Blu-ray discs or DVDs will start playing automatically. You can access your streaming apps – […] These new 4K TVs sure do look tempting, especially the new 6-series TVs from TCL that cost $US650 for a 55-inch set. That’s a seriously budget-conscious price tag for a large TV that comes with 4K resolution and supports HDR – a feature that gives movies and TV shows a […] Streaming services are killing off the DVD and Blu-ray industry

DVDs may be headed for the same fate as VHS cassette tapes, as consumers change their viewing habits and binge on a variety of video streaming services. The shift from discs to online streaming can be seen in Digital Entertainment Group’s year-end report, which found that US consumers spent nearly […] The brand new PlayStation 4 Pro is capable of... Warner Bros. has announced a massive... The last VCR company is finally shutting down production

Tech Insider readers who were born before the... The major electronics brands have had 4K TVs on the market for several years, but until now, there’s been next-to-no content for consumers to use on their TVs. That all changes today with Samsung releasing the first 4K Ultra HD Blu-ray player in Australia. Its recommended retail price is $599, […]

And it doesn't matter which movie. Oscar-nominated “Gravity” is out on Blu-Ray and DVD today ahead of the Academy Awards Sunday. We were able to get an early copy of the film and check out the special features. It took director Alfonso Cuarón four years to bring the movie starring Sandra Bullock and George Clooney to […] The ‘Man Of Steel’ Blu-Ray Combo Pack Is Pretty Underwhelming

We’ve been waiting to get our hands on the “Man of Steel” Blu-ray for a long time. So I was really excited when Warner Bros. sent over a review copy earlier this week. The film won’t be out on Blu-ray and DVD until next Tuesday, November 12, so here’s a […] We received an early review copy of “Pacific Rim” before it’s out on Blu-Ray And DVD and we absolutely love the cover. We expected to see the Jaeger robot, but were surprised to find a motion cover with the kaiju monster as well. Of course, this won’t be the only […] The Blu-ray and DVD for the film is out September 24. Was cut from the film because it took away from point of the story. Was cut from the film because it took away from point of the story.

Here's what to expect inside.