The rare cinereous vulture crash-landed near a park in Singapore in December, and failed to take off after two separate attempts to release it. 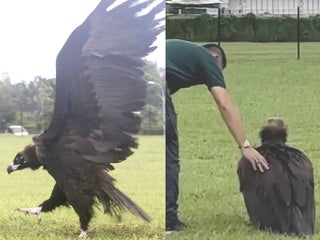 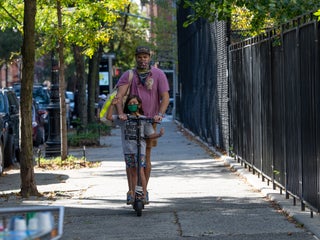 The UK government is expected to announce that from Saturday it will finally be legal in the UK to hire an electric scooter and ride it on public roads. The UK Department for Transport (DfT) will this week publish its legal framework for allowing pilots of e-scooter rental schemes to […] 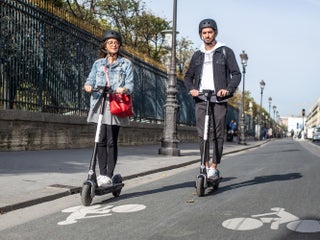 Uber and Lyft said they will suspend rides and deliveries in cities where curfews are issued. Over the weekend, Uber temporarily shut down in parts of California and Minnesota. New York City, Los Angeles, Washington D.C. and others have enacted a Monday night curfews. Rentable scooters have also become a […] 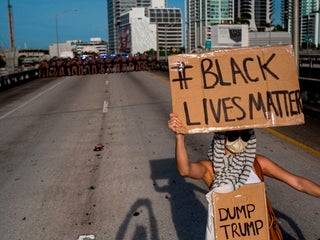 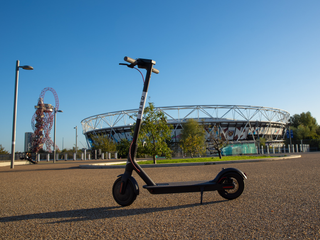 Last week, electric scooter company Bird shocked hundreds of employees in a minutes-long Zoom call informing them that they had been laid off. Although the company stressed that the call’s setup – hosted by an unidentified Bird executive, with the participant list obscured – was in order to ensure employee […] 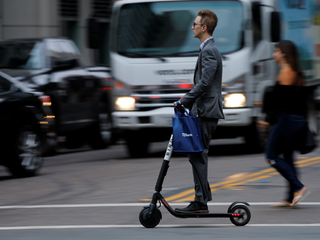 Josh and Andee Constine wanted to create a fairy-tale weekend for their family and friends when they decided on a destination wedding in Dublin, Ireland. They decided to have an adults-only wedding ceremony and reception, which meant they needed to get creative when it came to their ring bearer. Josh […] Mercedes-Benz will join the ranks of multibillion-dollar startups like Bird and Lime and bring out an electric scooter. The scooter is being developed in partnership with scooter manufacturer Micro. Mercedes-Benz didn’t give much detail about the model but said it would go on sale in “early 2020.” Electric scooters have […] After months on the loose, an elusive emu has finally been spotted in North Carolina

So here’s the thing: An emu has been on the run in North Carolina since late June. Try as they might, officials haven’t been able to capture the flightless bird. People have gone a very, very long time without even seeing emu, who locals have nicknamed “Eno.” But now the […] $2.4 billion scooter startup Lime is raising more money, and its next check could come from SoftBank

The $US2.4 billion scooter and bicycle startup Lime is raising another round of funding just months after announcing its $US300 million series D, according to two people familiar with the matter. The fundraising round is in the early stages, and nothing is set, but the company could raise as much […] Bird is looking to raise more capital due to an incredibly high burn rate, The Information reported Thursday. The report said the scooter startup lost $US100 million in the first quarter, a number refuted by a company spokesperson. Raising more money could help Bird pass Lime to be the world’s […] Last week in Australia, two kookaburra birds caused a power outage. The animals were mating atop a power line when the female bird spread her lings causing to parallel lines to connect and literal sparks to fly. About 1,000 homes lost power for an hour because of the incident. Paul […] Scooter startup Bird just acquired rival Scoot, one of the two companies that beat out Uber and Lyft to operate in San Francisco

Scooter rental service Bird has acquired its competitor, Scoot, the two companies announced on Wednesday. Scoot is one of two companies that has been permitted to rent scooters in the city of San Francisco under a pilot program. Scoot was last valued at $US71.5 million. Visit Business Insider’s homepage for […] Bond Mobility announced Wednesday it raised $US20 million in Series A funding from DENSO’s New Mobility Group, which includes Toyota and Softbank. Bond Mobility cofounder Kirt McMaster was ousted as CEO of his last startup, Cyanogen, in the wake of reports the company exaggerated its success and misled investors. McMaster […] Earlier in April, a cassowary killed its 75-year-old owner. Now, the large, flightless bird is up for auction. The cassowary is known as the “world’s most dangerous bird.” Over 100 animals will be up for auction on Saturday all of which were bred by Hajos. Visit INSIDER’s homepage for more […]

The scooter wars are coming to Europe this summer. But first they have to prove they’re not like Uber.

This year marks the first spring and summer where well-funded scooter startups, such as Bird and Lime, will be fully operational in Europe. It’s an important test because more people are likely to choose to hop on scooters as the weather warms up. But these companies are fighting multiple regulatory […] Electric scooter firms could finally enter the British market after the UK government announced a review of some of its oldest transport laws. Electric scooters are currently illegal in Britain due to 1835 legislation, originally aimed at restricting the use of horse-drawn carriages. In a statement sent to Business Insider, […] A pigeon sold for $1.4 million in an auction — seriously

A pigeon sold for $US1.4 million in an auction. That’s the whole blog. Well, no it’s not. He’s a star racing pigeon in Belgium named Armando. Armando has set racing records – and now bidding records. It’s a big deal. But online people have pointed out that it’s kind of […]

Electric scooters were to blame for at least 1,500 injuries and deaths in the US last year

Since 2017, electric scooter startups like Bird and Lime have spread across the US and internationally. Concerns have been raised about the safety of the dockless vehicles, which people often ride without a helmet. Collating injury data has been tricky, but a new investigation from Consumer Reports shows a bare […]