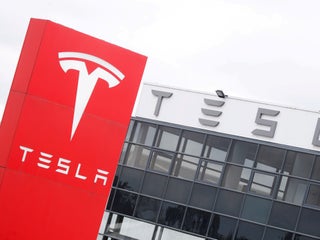 Democrats have to pass Biden’s agenda or the US won’t get back to pre-crisis prosperity, Oxford Economics says

Democrats have weeks to pass a multitrillion-dollar spending plan. Failing to do so would doom the US to a subpar recovery, the research firm said. 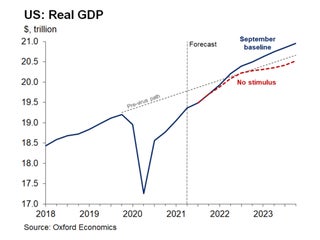 Some low-income people may be excluded from tapping into the full amount of the child allowance after 2024 due to budgetary snags. 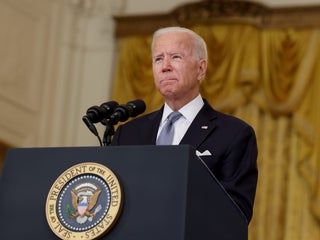 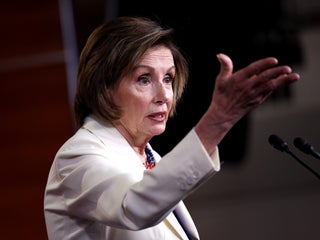 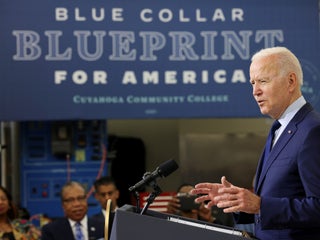 Some moderate Democrats are threatening to block the plan until Biden infrastructure bill becomes law. Ocasio-Cortez blasted them as "conservative." 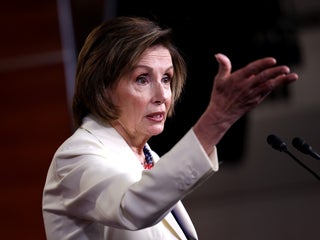 Senate Democrats just laid out their $3.5 trillion plan to hike taxes on the wealthy and begin fighting the climate crisis – without any Republican votes

The Democrats' package doesn't include an extension of pandemic unemployment benefits for jobless Americans, which are set to end in a month. 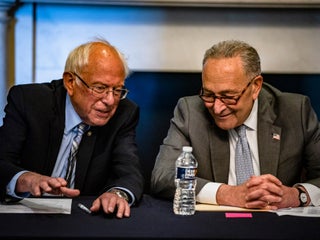 Republicans and Democrats clashing over rival amendments to collect unpaid taxes on cryptocurrencies, which could stymie final passage. 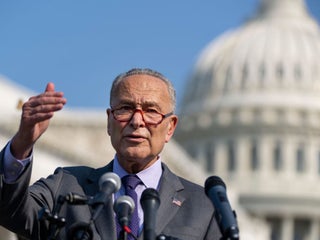 How unemployed Americans scored a big last-minute win in Biden’s infrastructure bill, cutting a $50 billion measure that could have stripped their benefits

Late in the talks, senators removed a measure to generate funds by cutting unemployment fraud. It could have kicked people off by mistake. 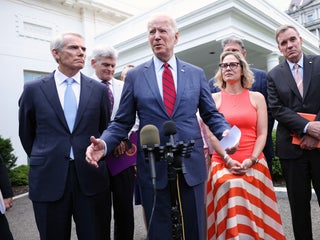 INTERVIEW: Joe Manchin says he’s ‘very much concerned’ about inflation and the national debt. He’s not committing to Democrats’ $3.5 trillion spending plan yet.

Manchin supports advancing a Democratic-only approach to infrastructure, but hasn't decided whether to support the hefty price tag. 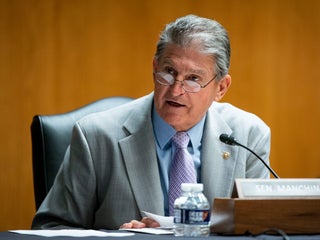