Cuttlefish passed a version of the marshmallow test, a cognitive study for humans designed to test self-control

The cephalopods showed a capacity for self control similar to that of chimpanzees, crows and parrots, the scientists said. 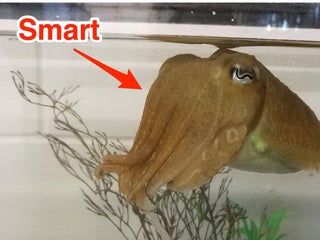 OCD affects about 1.2% of the population. People with the disorder have high levels of anxiety and obsessive thoughts. Stephen Smith, the founder of nOCD, says conquering OCD can teach people some valuable lessons. In fact, people who get treatment can live more successfully than they did prior to the […] Your own anxiety could be making your cat stressed out

Research suggests cats mirror our behaviour and mood. If you’re anxious, this could mean your cat is more fearful and overweight. People with dark personality traits are also more likely to have cats who bully others. There’s a theory that cats think people are just big, stupid cats. But there’s […]

You can spot psychopaths by looking at their eyes, new research suggests

Psychopaths can be hard to spot. This is because they’re not all murderers or criminals. Many are successful business people, surgeons, and even journalists. Researchers have come up with a new test for psychopathy. According to a new study, psychopaths’ pupils do not dilate when they see something troubling or […]

5 negative emotions, including anger and guilt, that you can turn into positives

There are certain emotions we think of as negative such as shame, jealousy, and guilt. Some of these are likely to be heightened right now due to the coronavirus pandemic. But these emotions can actually be useful, because t hey highlight areas of our life where we need to make […] 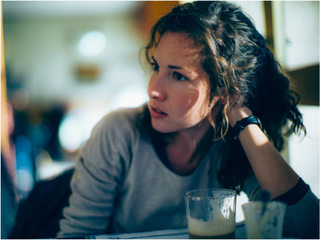 Turns out nobody knows how long a conversation should last, and we keep talking way longer than we actually want to

People like talking to each other, but nobody wants to be locked into a conversation they have no further interest in. According to new research, people have no idea how long a conversation should last. Researchers from Harvard locked two people in a room at a time and asked them […]

Many addicts have an enabler. This is a person who excuses their behaviour and impedes their recovery. An enabler thinks they’re being kind by helping an addict through their tough times. But in reality, they’re just making things worse. Addiction isn’t just damaging to the addict – the people around […]

How to flirt in 5 different languages

Flirting is a delicate skill. It can be hard to strike the balance between of being subtle enough to not come across desperate and aggressive, but forward enough so your intentions are clear. Add in the fact you might be in a different country, and it might feel nearly impossible. […]

Psychopathic traits include fearlessness, ruthlessness, charisma, low remorse, impulsiveness, and the ability to thrive in chaos. It’s previously been believed that these traits are good in leadership positions. To a certain extent this may be true, but if the balance is wrong it can perpetuate abusive work cultures. A new […] The faces we make can have a powerful psychological impact on how we feel. Smiling can mean we find things funnier, while frowning makes us feel worse. Botox reduces facial movements, and so could have the reverse effect. For instance, it could make sex less enjoyable. The facial expressions we […]

Narcissists mess with people’s heads, psychologist Perpetua Neo explained to INSIDER. They like to have all the attention on them, which is why they cut their victims off from their friends and family. Often, they will flip between being a victim, being abusive, and being the hero. This keeps everyone […]

If you collect books but never get around to reading them, there’s a word for that

Some people can’t help buying books, even if they have loads at home they haven’t read yet. If you intentionally collect books, you might have “bibliomania.” But if you buy books with the intention of reading them, then they pile up, you could be engaging in something called “tsundoku.” It’s […]

Change affects every aspect of our lives. But many of us probably aren’t as well equipped to deal with changes as we think. Even positive changes can stimulate our stress response. So you may be subconsciously stressing even if you feel relatively OK. Here are 5 tips for helping you […] Hugs can improve our relationships, according to science — especially after an argument

A new study suggests hugging after an argument can help improve relationships. It adds to the body of evidence that cuddles are psychologically good for us. Hugs have also been associated with better physiological health. But hugs aren’t for everyone. If someone isn’t into cuddles, it’s best not to try […]

A new study has shown people prefer fewer options to more – but only to a certain extent. Overall, people think they like to have more choice, but it actually causes more stress to make the ultimate decision. The sweet spot is probably 8 to 15 choices. Too few and […] The main differences between male and female psychopaths

There are more men who are psychopaths than women. Psychopaths are often thrill-seeking, which can lead to them ending up in prison – and 93% of incarcerated people are male. Though research is limited, it’s possible that male and female psychopaths differ in how they act. One study suggested female […]