Anything from a floating vanity to the right size tiles to choosing a light color scheme can help a small bathroom feel spacious.

Anything from a floating vanity to the right size tiles to choosing a light color scheme can help a small bathroom feel spacious.

Mixing and matching tile sizes, opting for a bold color, or giving classic subway tile a twist are all great ways to refresh your bathroom. 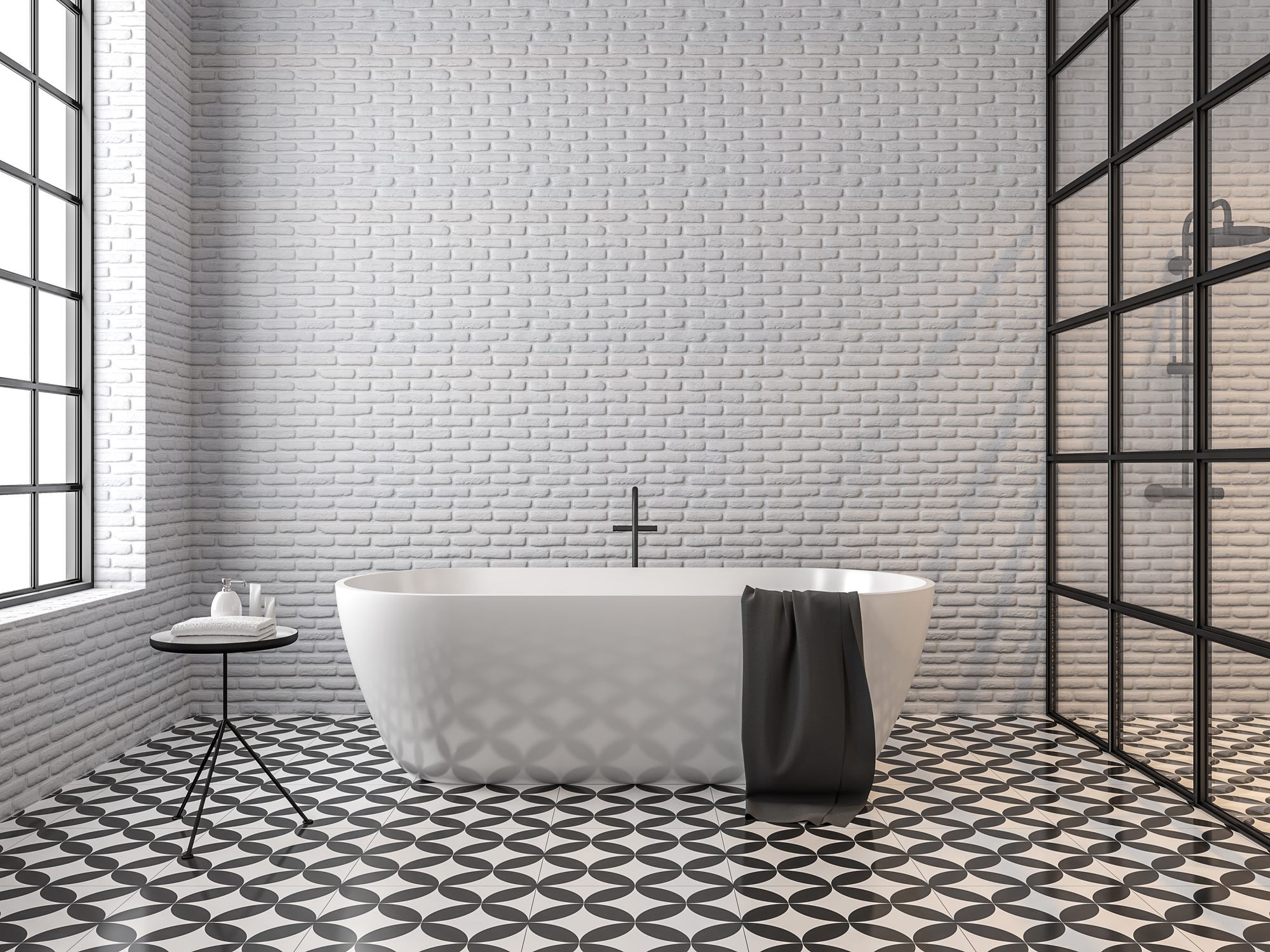 A mom turned her bathroom into a home office, where she’s worked for over a year above a toilet

Niamh Sproul spent an hour turning her bathroom into her home office, adding a desk, candles, fake plants, and a family portrait to the space. 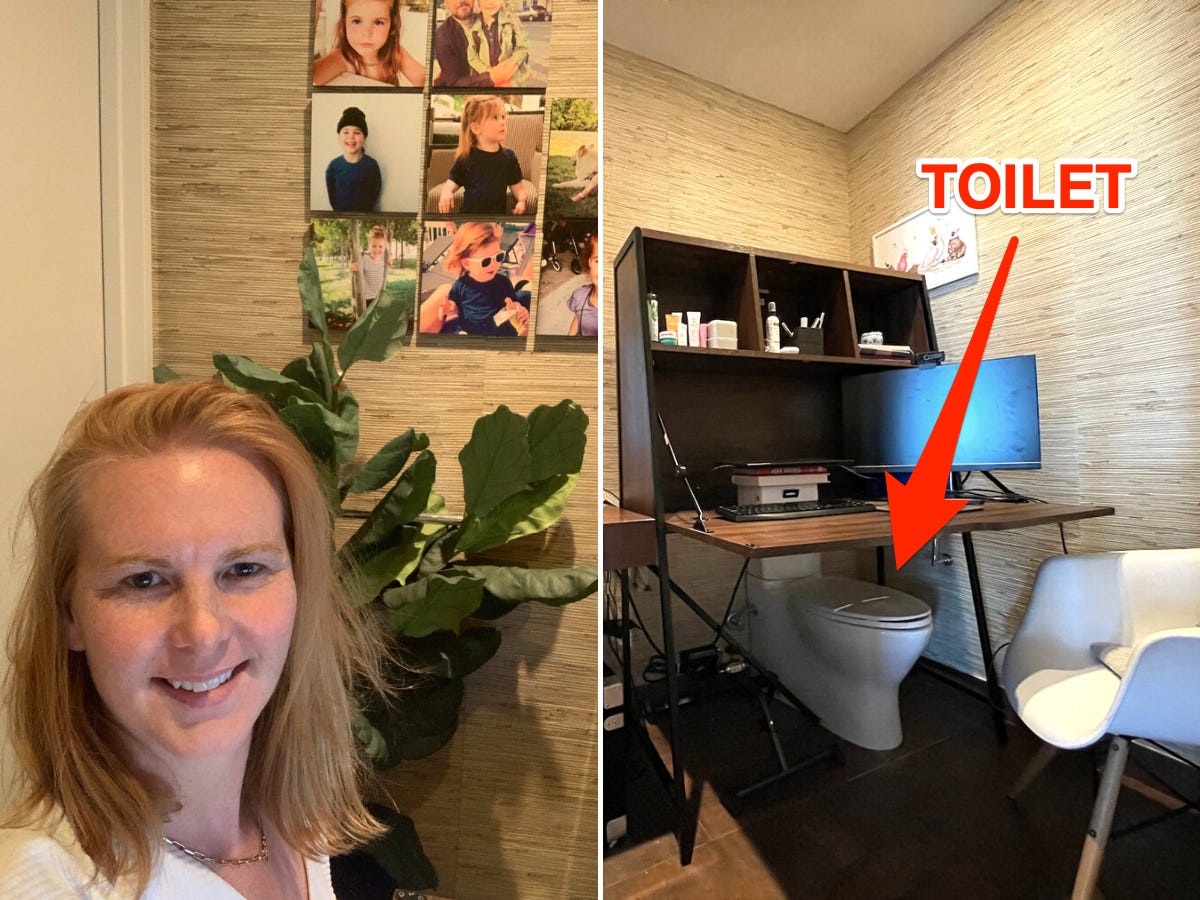 TikTokers say they’re finding rusty razor blades behind their bathroom mirrors. If your home was built before 1970, you might have some, too.

Razor-blade slots are common in homes built before 1970. The slots let people "dispose" of the blades, which would pile up in a space behind the wall. 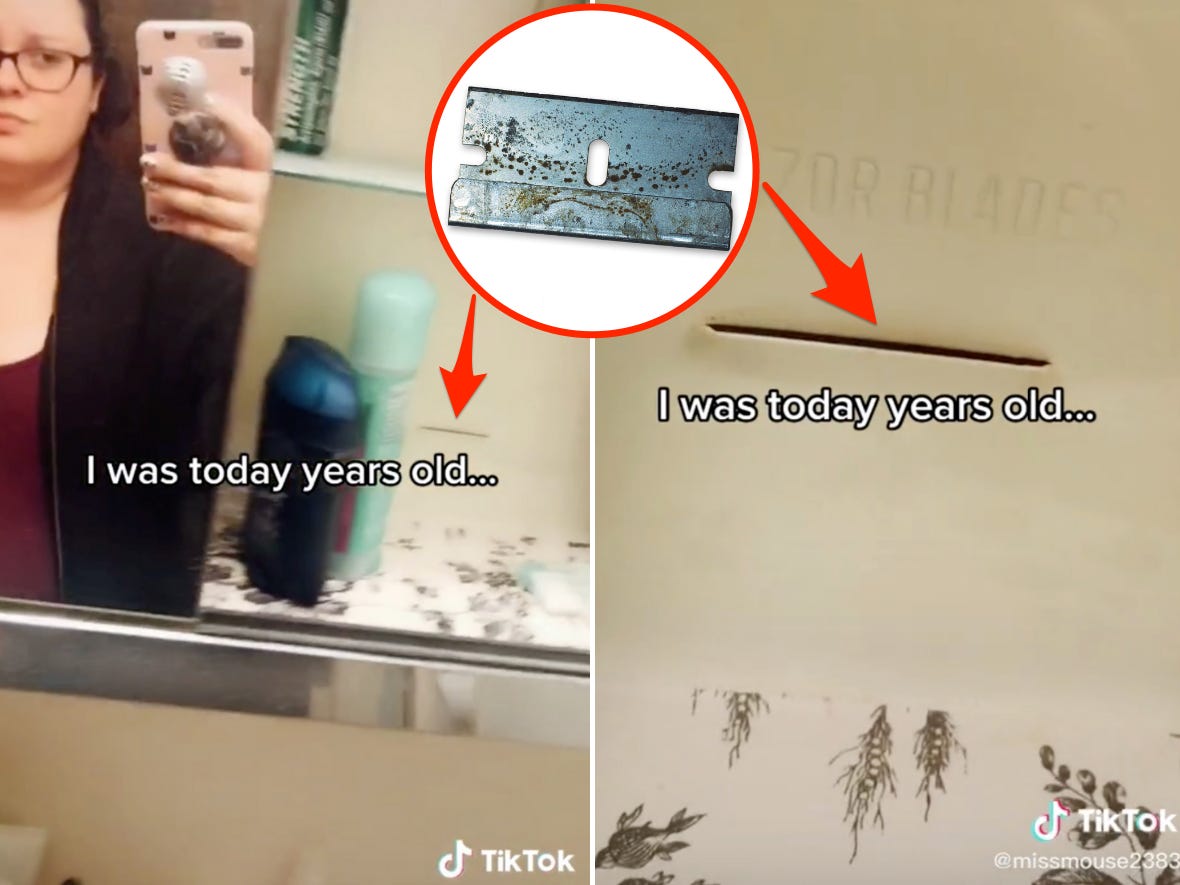 A TikToker shared a ‘doomed’ bathroom makeover, but the spectacular DIY fail could still be salvaged

TikTokers are offering helpful tips for how to fix a stenciled paint job gone wrong, like sanding the floor to give it a "worn look." 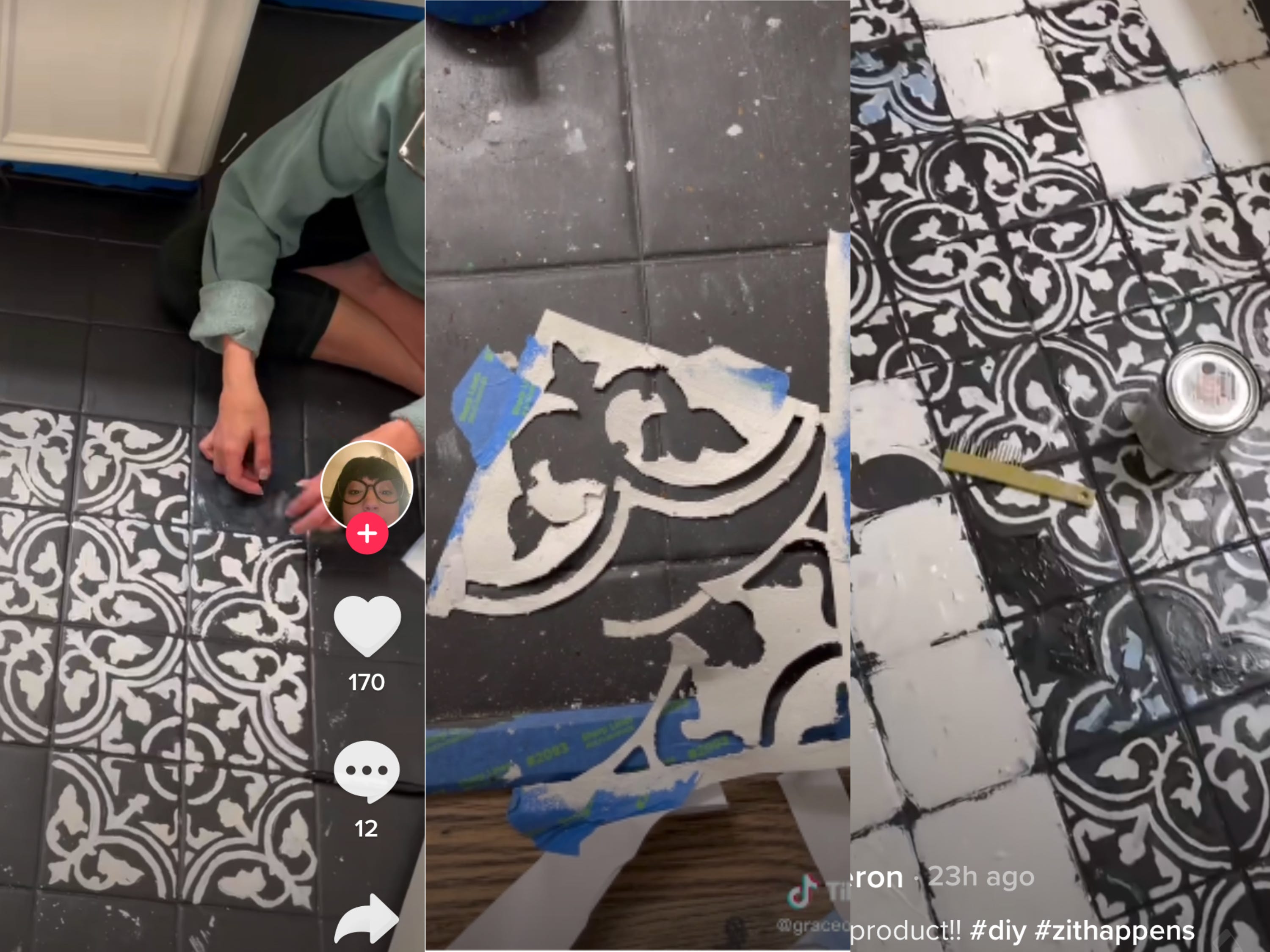 The couple bought the house with a $150,000 budget, and TikTok commenters think the bonus shower could increase the value of the home. 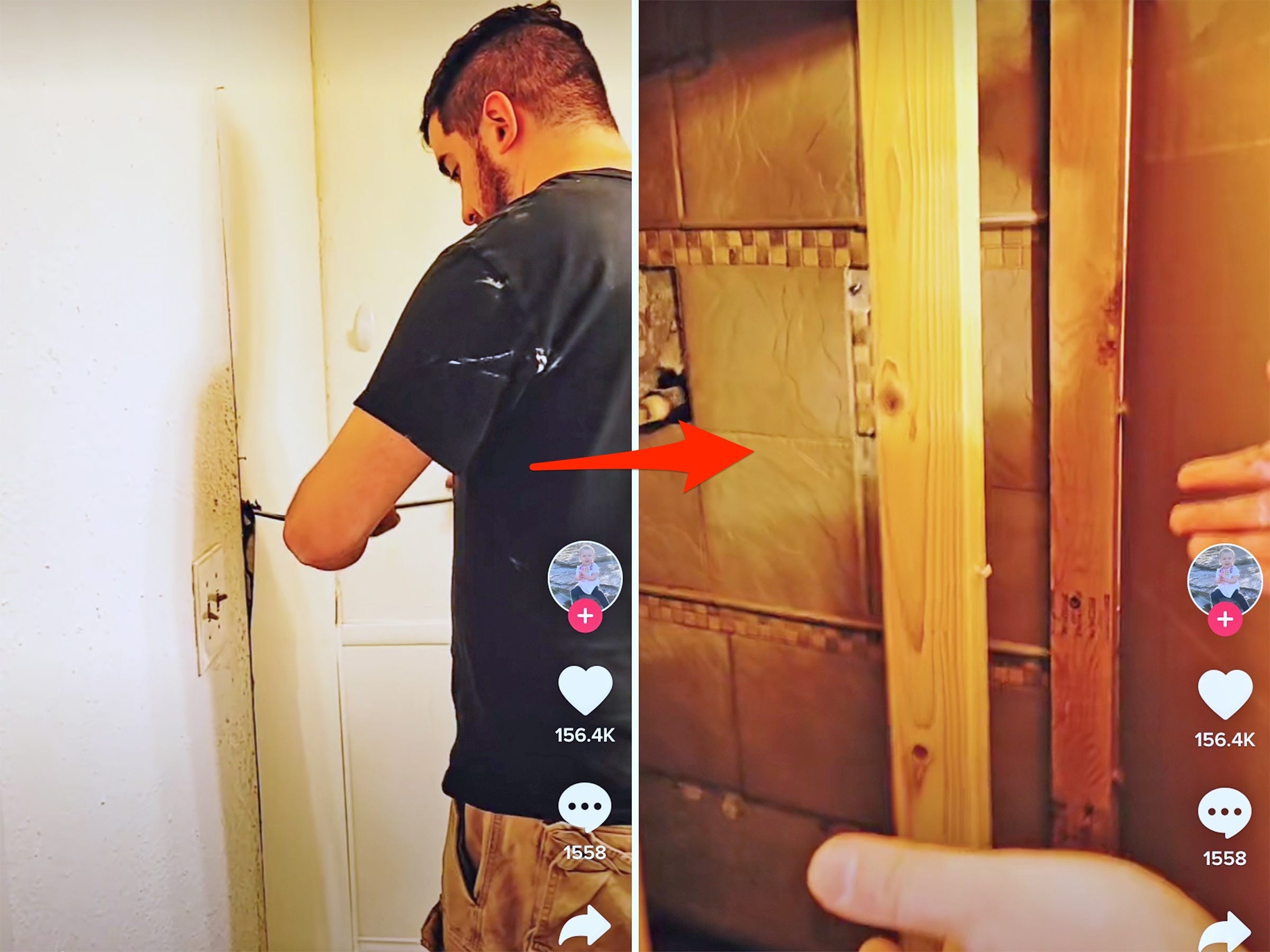 While Shannon was able to fix her bathroom wall in the end, an interior designer told Insider you should practice this hack on a sample board first. 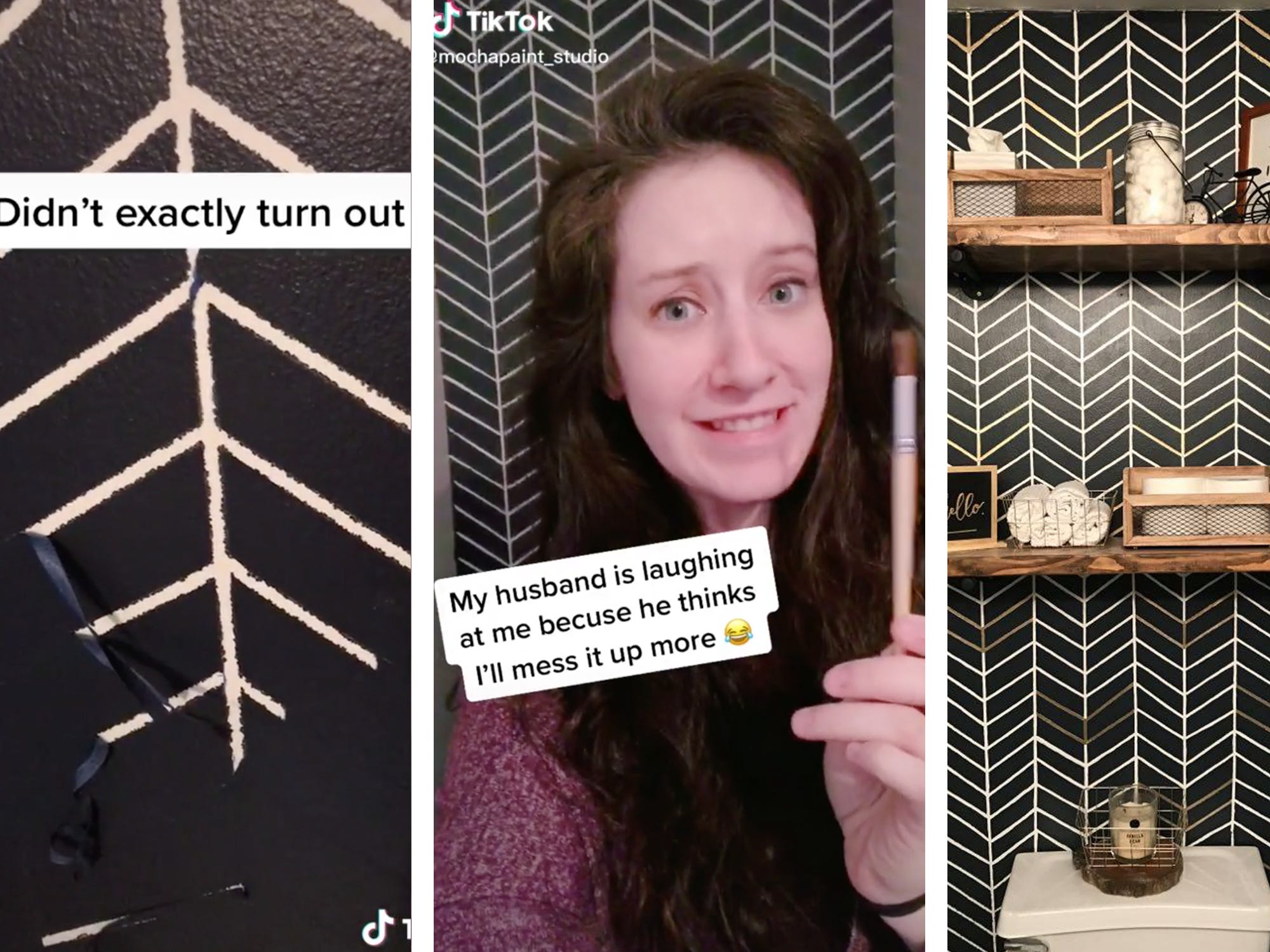 How to clean grout and finally get out those stains

In high traffic areas like the kitchen, grout requires cleaning every two to three months. Harsh chemical cleaners and coarse scrubbers can break down grout and decrease its lifespan. A mixture of hydrogren peroxide, baking soda, and dish soap will degrease and brighten grout. Visit Insider’s homepage for more stories. […]

The most common and effective homemade grout cleaner is a mixture of baking soda, hydrogen peroxide, and dish soap. Cream or tartar and lemon juice is the best all-natural solution for whitening. Avoid using highly-acidic solutions like vinegar because they can corrode grout. Visit Insider’s homepage for more stories. When […]

Insider asked three interior designers to share their best tips for making a bathroom look larger. One of the easiest things you can do is declutter your counters to open up the space. Hanging your shower curtain higher and using vertical shelves are ways to draw the eye upward and […] Insider asked four interior designers to share what they thought everyone should get rid of in their bathrooms. Old makeup, hotel toiletries, and any expired products should be disposed of to maximise storage space. Counter clutter and old towels can make the room feel chaotic and less inviting. Visit Insider’s […] 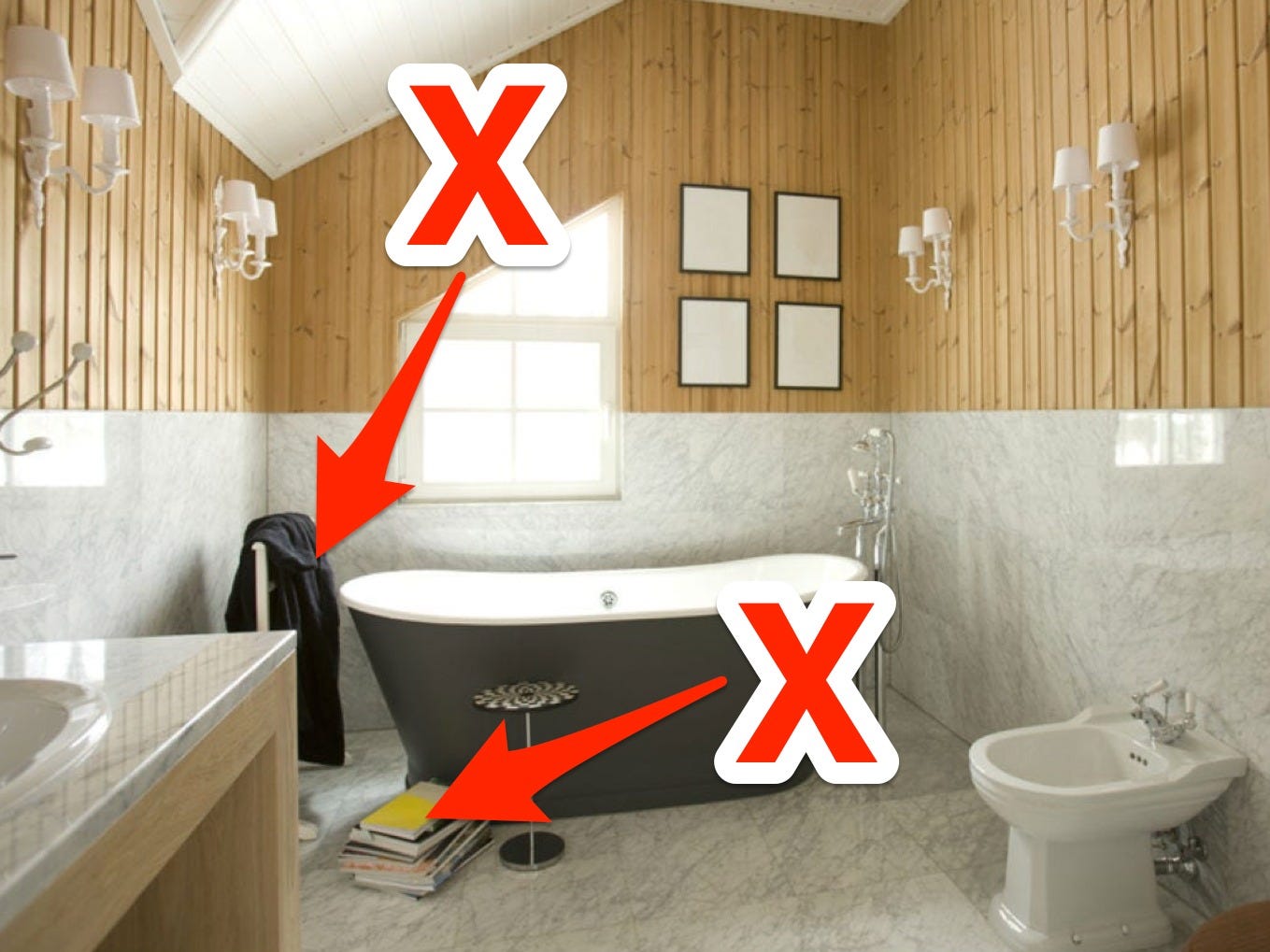 From Celine Dion’s personal water park to Michael Jordan’s pool with its own island, these are the wildest features celebrities have in their homes

Some celebrities fill their homes with expensive, often wild amenities. In her mansion, Lady Gaga has a private bowling alley, while Celine Dion had a private water park on her estate. Paris Hilton built a mini mansion for her dogs, while Kim Kardashian’s home is famous for its bizarre bathroom […] 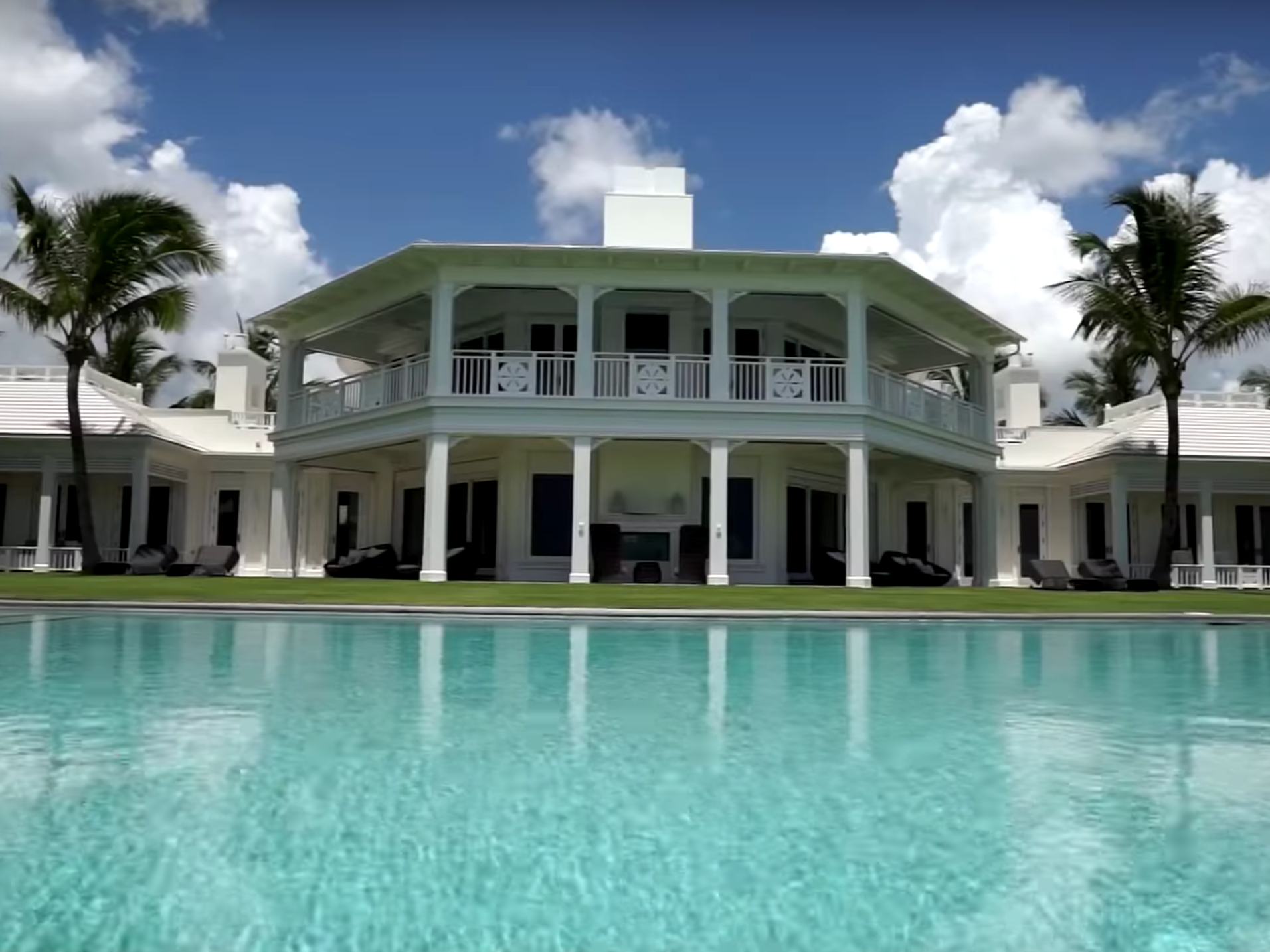 Airbus is trialing a new Internet of Things platform on its A350-900 test plane, which connects elements of the plane, including the seats, overhead bins, meal trolleys, and lavatories, to passengers and crews aboard the plane. The company says data collected from the new Airbus Connected Experience system will be […] One-third of Americans admit that they don’t wash their hands after using the bathroom. Here’s why you should.

Public restrooms are covered in faecal bacteria that launches from the toilet when you flush. The CDC recommends you wash your hands with soap for at least 20 seconds to stay clean. While you should wash with soap, antibacterial soap may not be the best choice. It kills good bacteria […] A woman was bit by a 5-foot python that had been hiding in a toilet, and it’s truly the stuff of nightmares

On Tuesday evening, Helen Richards used the bathroom at a relative’s home in Brisbane, Australia. Richards, 59, was bit by a 5-foot carpet python snake hiding in the toilet. She didn’t notice the snake because the lights were off. The snake’s venom wasn’t poisonous. Richards called a snake handler who […]

Former executives from Casper and Rent the Runway teamed up to create Block, a company that tackles the nightmare of home renovation. By coordinating every aspect of a remodel from start to finish, the company hopes to save homeowners time, money, and effort. Block’s first phase is limited to bathroom […]