Hello! I’m Joe Ciolli, and I oversee the investing and markets coverage at Business Insider. Listed below are some of the great stories we have available to subscribers. Each one of them highlights single stock picks recommended by some of the smartest minds on Wall Street. Click here to claim […] 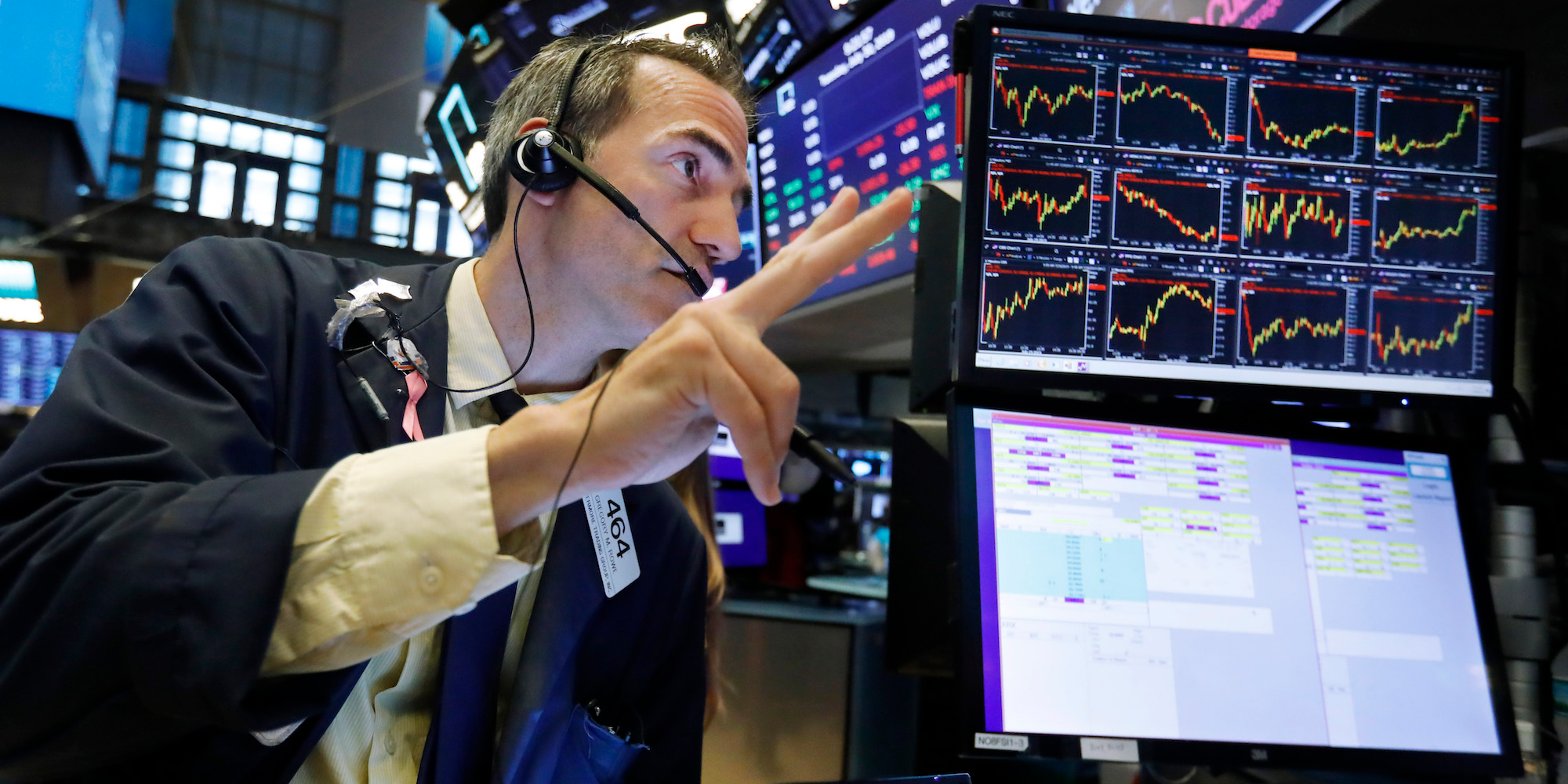 The “early” holiday shopping season posted the strongest sales since 2013 after jumping 2.2% year-over-year,Bank of America Merrill Lynch analysts wrote Wednesday. The early period “is not great” at predicting total holiday season sales, but the analysts “would not be surprised” if spending grew as much as 4% from 2018. […] BANK OF AMERICA: These are the 5 key themes to finding the right stocks in 2020, from buying up value to looking outside the US

Bank of America Merrill Lynch analysts project the S&P 500 will surge 6% in 2020, and a recent note detailed how investors can find the best stocks for the new year. Though the most important event of the year will be the 2020 US presidential election, changes in the US-China […] BANK OF AMERICA: 10 main themes will define the next decade. Here are the winners and losers for each.

Bank of America Merrill Lynch analysts published a list of 10 megatrends that could shape the next decade for investors. The next 10 years will be unlike anything seen before as climate change and a growing and ageing population continue to present new challenges, the firm said. Here are the […] Apple’s post-earnings surge pushed its market cap past that of the entire US energy sector, Bank of America Merrill Lynch analysts wrote Thursday. The tech giant closed Thursday with a $US1.17 trillion market cap, while the S&P 500 Energy index’s market cap dropped to a cumulative $US1.13 trillion. The analysts […] BANK OF AMERICA: Here are 3 reasons US consumers are likely to spend less going forward, derailing one of the economy’s few bright spots Activision Blizzard’s annual convention begins next week. Analysts say investors should look out for these 5 events.

Activision Blizzard’s annual BlizzCon convention starts November 1, and a team of Bank of America Merrill Lynch analysts highlighted what investors should keep an eye on at the event. Potential sequels in the Overwatch and Diablo video game franchises could bring massive revenue growth for the company, they wrote. It’s […] BANK OF AMERICA: Companies are crushing earnings season so far — but the firms missing forecasts are being punished more than usual

Third-quarter earnings season is a couple weeks underway, and Bank of America Merrill Lynch analysts found that companies that missed sales and profit expectations are getting hit more than usual in next-day trading. The companies that fell short of expectations for revenue and earnings underperformed the S&P 500 by 3.9 […] Bank of America Merrill Lynch’s October Global Fund Manager survey found that a record 57% said global fiscal policy is “too restrictive” right now. In addition, a record 90% think that the US is in a “late-cycle” environment, and 31% expect a recession in the next 12 months. The trade […] The market’s next test: Bank of America weighs in on which sectors will crush it this earnings season — and which will flounder

Earnings season kicks off on Monday, and Bank of America Merrill Lynch analysts are projecting which sectors will impress investors and which are most likely to stumble. US banks and brokerages account for many of next week’s reports and begin reporting earnings on October 15. BAML analysts expect the insurance, […] Bank of America Merrill Lynch added five companies to its list of “primer picks” companies in the climate change space. Sunnova Energy and Albany International are first-time entries for the climate change segment, while the other three had graced the list before. A company must be rated “buy” by the […] Apple TV+ is ‘no substitute’ for Netflix and its stockpile of original programming, Bank of America says

Netflix will remain a leader in the streaming wars despite Apple TV+ offering a far lower price, Bank of America analysts said Tuesday. The streaming company has more than 400 original titles and thousands of other offerings compared to Apple’s nine launch titles, making the iPhone producer “no substitute” for […]

Consumer confidence dropped to a record low this month amid trade-war fears, Bank of America says

Bank of America Merrill Lynch’s US consumer confidence indicator fell below 50 this month, the lowest reading on record. It shows that consumers are rattled by the latest trade war escalation, BAML economists said. US consumers are increasingly important to the economic expansion, and there are already signs that they’re […] BANK OF AMERICA: Buy these 10 stocks to stay safe as economic growth inevitably slows down

Bank of America Merrill Lynch released a report Monday highlighting 10 “defensive” stocks set to outperform markets during economic downturns. A collection of proprietary indicators point to continued weakness in economic growth, according to analyst Savita Subramanian. BAML recommends stocks in the automotive and healthcare industries, among others. Visit the […] UPS is regaining respect among investors after its impressive earnings report on July 24. UPS ended an 11-quarter slump in operating margins and boasted record profits. It’s a turning point for the logistics giant after months of analysts sounding the alarms on Amazon’s growing threat to UPS’ business. Visit Business […] What trade war? The biggest investors on Wall Street are shifting their sights to a new worry

Fund managers surveyed by Bank of America Merrill Lynch in July are becoming more concerned about monetary policy impotence. While some have added risk and reduced cash, most are still positioned for low inflation and low growth. The Federal Reserve is expected to cut rates in July, but the path […] Molson Coors fell as much as 3.5% Monday after Bank of America Merrill Lynch downgraded the stock from “buy” to “underperform.” The bank also slashed its price target from $US70 to $US50 per share. Molson Coors stock trades at roughly $US53 per share. The company’s focus on the shrinking economy […] Bank of America Merrill Lynch cut its expectation for global gross domestic product growth on Friday to 3.3%, down from 3.6%. The firm cited trade-war uncertainty between the US and China and a lack of normalization in interest rates as reasons. Emerging markets in Europe, Africa, and the Middle East […]