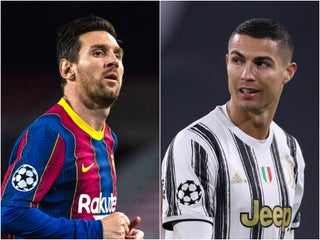 Lionel Messi won his sixth Ballon d’Or award as the world’s top footballer. Messi and Cristiano Ronaldo have combined to win 11 of the last 12 awards and have finished first or second 22 times in the last 13 years. Visit Business Insider’s homepage for more stories. Lionel Messi was […] Monday night, USWNT star Megan Rapinoe capped her spectacular year with a Ballon d’Or, an award widely considered the highest honour in the world of soccer that is given to the year’s best player. To celebrate Rapinoe’s latest win, Nike crafted a pair of custom-made, one-of-a-kind cleats in her honour. […] Neymar, Luis Suarez, and last year’s winner Luka Modric have all been omitted from the 2019 Ballon d’Or shortlist

Neymar, Luis Suarez, and last year’s winner Luka Modric have all been omitted from the 30-man shortlist for the 2019 Ballon d’Or award. France Football, which presents the award, says Neymar missed out because of a “black” and “very complicated” year, while Modric did so due to failing to match […] Andy Murray went off about Ballon d’Or winner Ada Hegerberg being asked to twerk: Why do women ‘still have to put up with that s—?’

Norwegian footballer Ada Hegerberg was asked by DJ Martin Solveig if she can twerk upon receiving the Women’s Ballon d’Or on Monday. British tennis star Andy Murray blasted the question afterward, calling it sexist and saying the “level of sexism” in sports is “unreal.” Hegerberg said Solveig apologised to her […] France Football has awarded the Ballon d’Or – soccer’s highest individual honour – to a men’s player every year since 1956. For the first time ever, France Football awarded the honour to a female player. Norwegian striker Ada Hegerberg – who has scored 185 goals in 149 games since joining […]

The 2018 Ballon d’Or nominees have been revealed

Each year, France Football awards its most prestigious trophy – the Ballon d’Or – to the world’s best men’s soccer player. Throughout the day on Monday, France Football released the list of 30 players in consideration for the 2018 Ballon d’Or, including Barcelona’s Lionel Messi, Juventus’ Cristiano Ronaldo, and Paris […] Earlier this month, Real Madrid’s Cristiano Ronaldo was once again named the top footballer in the world when he won the 2017 Ballon d’Or. It was the fifth time in Ronaldo’s career that he has won the award, equaling the number won by his chief rival, Lionel Messi of F.C. […]