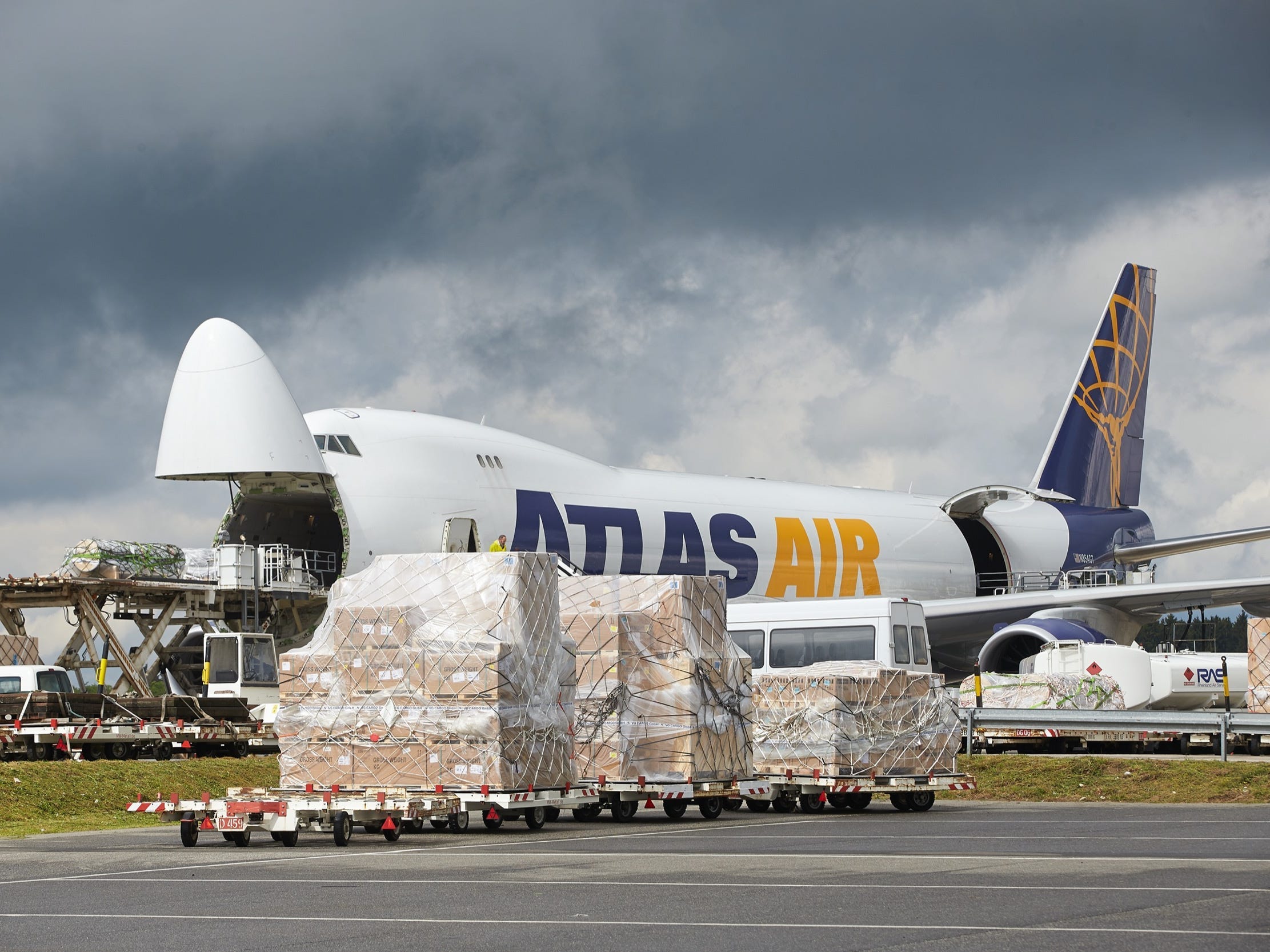 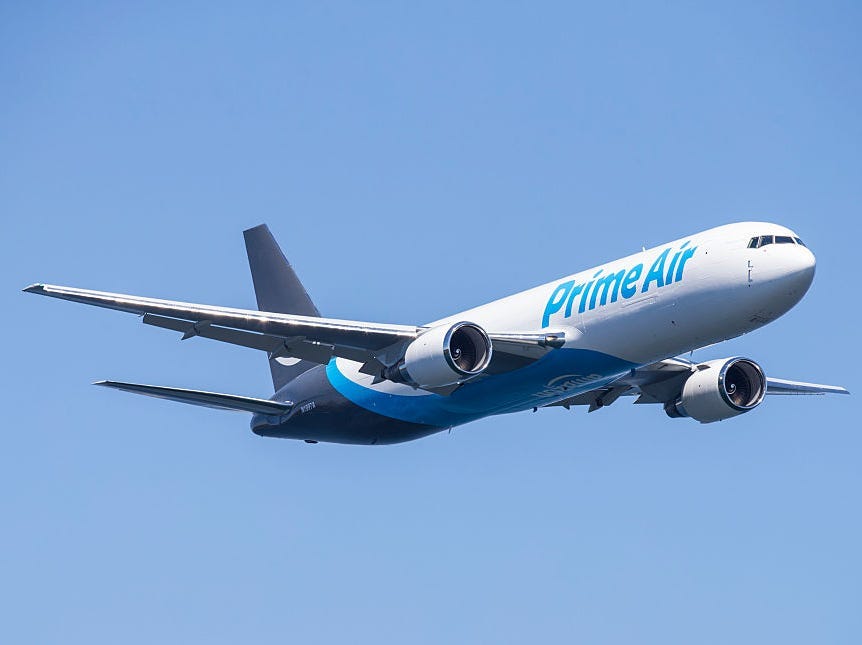 Atlas Air, one of the largest US cargo carriers, received $US407 million in government stimulus funding this spring. But business at the Amazon contractor, like other logistics companies, boomed amid the pandemic. Rep. Jim Clyburn called on Atlas and its peers last month to return the CARES Act funding, half […] 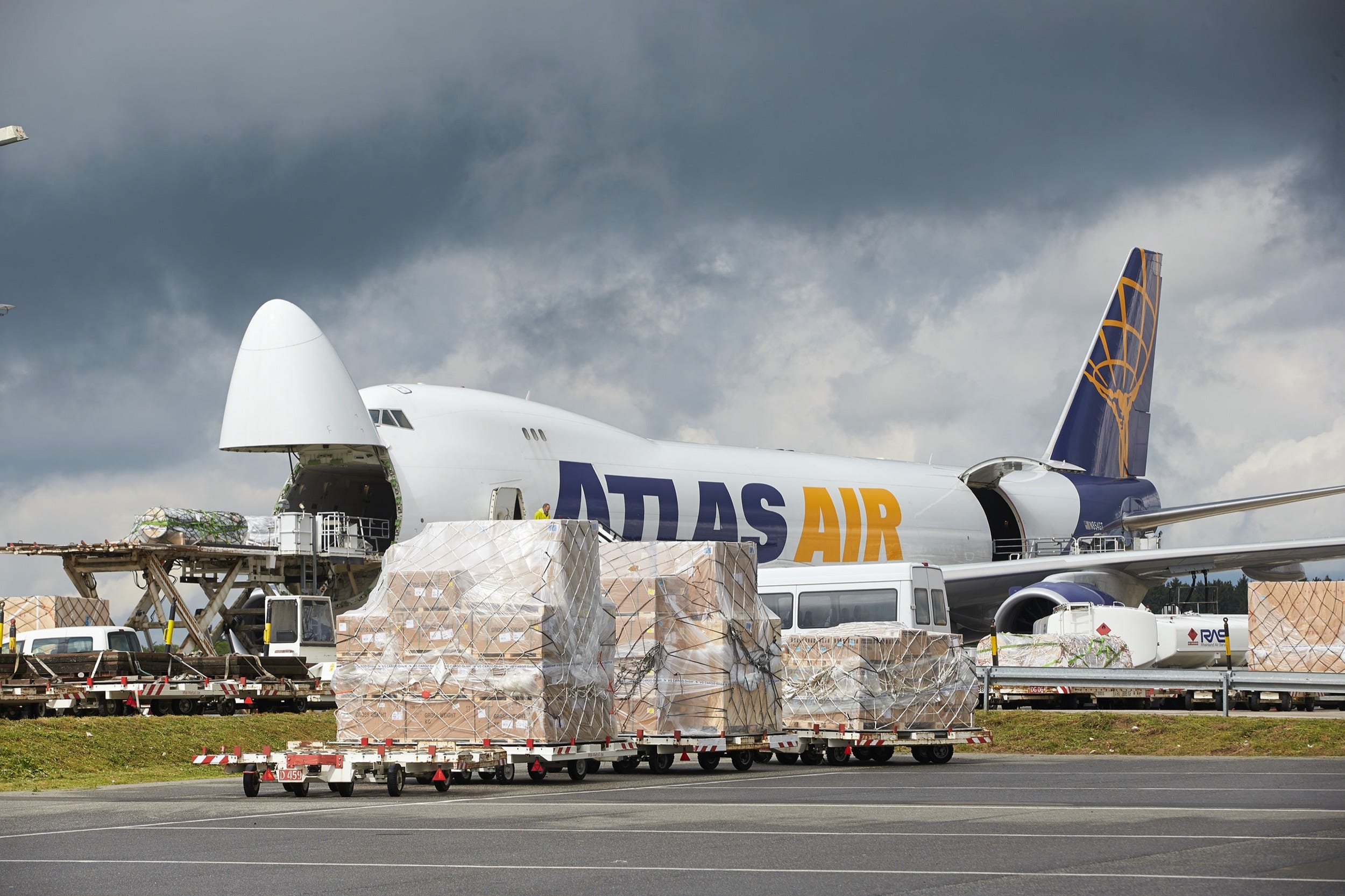 Even if a coronavirus vaccine is approved soon, it will likely be years until it can be distributed around the world, according to cargo airline and logistics executives. Challenging storage and shipping requirements, combined with reduced cargo availability and higher demand, are likely to delay distribution, according to a new […] 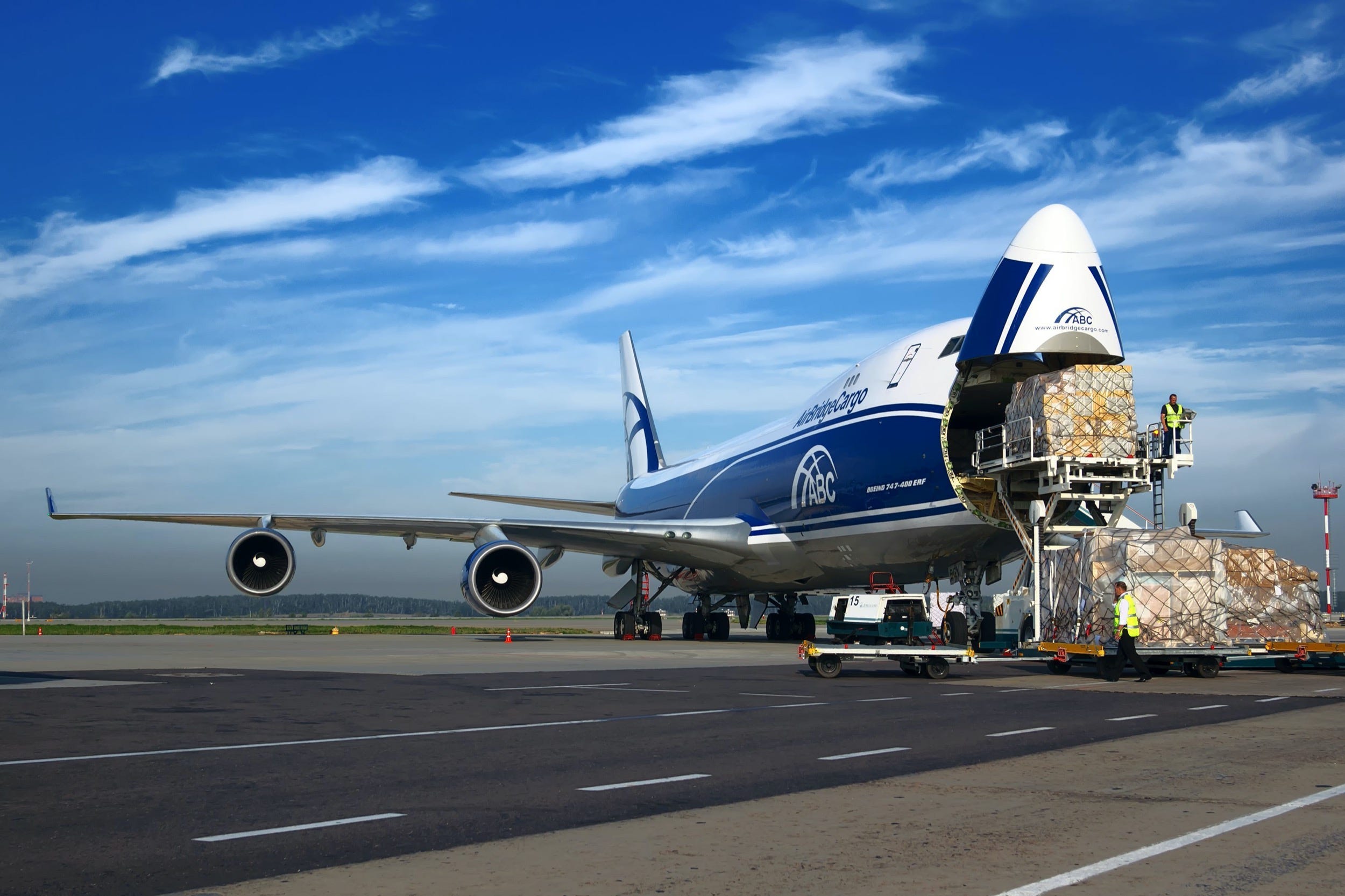 Amtrak announced William J. Flynn will be its next CEO. He will start in April. Flynn is currently CEO of Atlas Air Worldwide, a cargo and charter airline. Atlas also contracts with Amazon to operate some of its Amazon Air flights. Pilots at Atlas have accused the company of relaxing […] 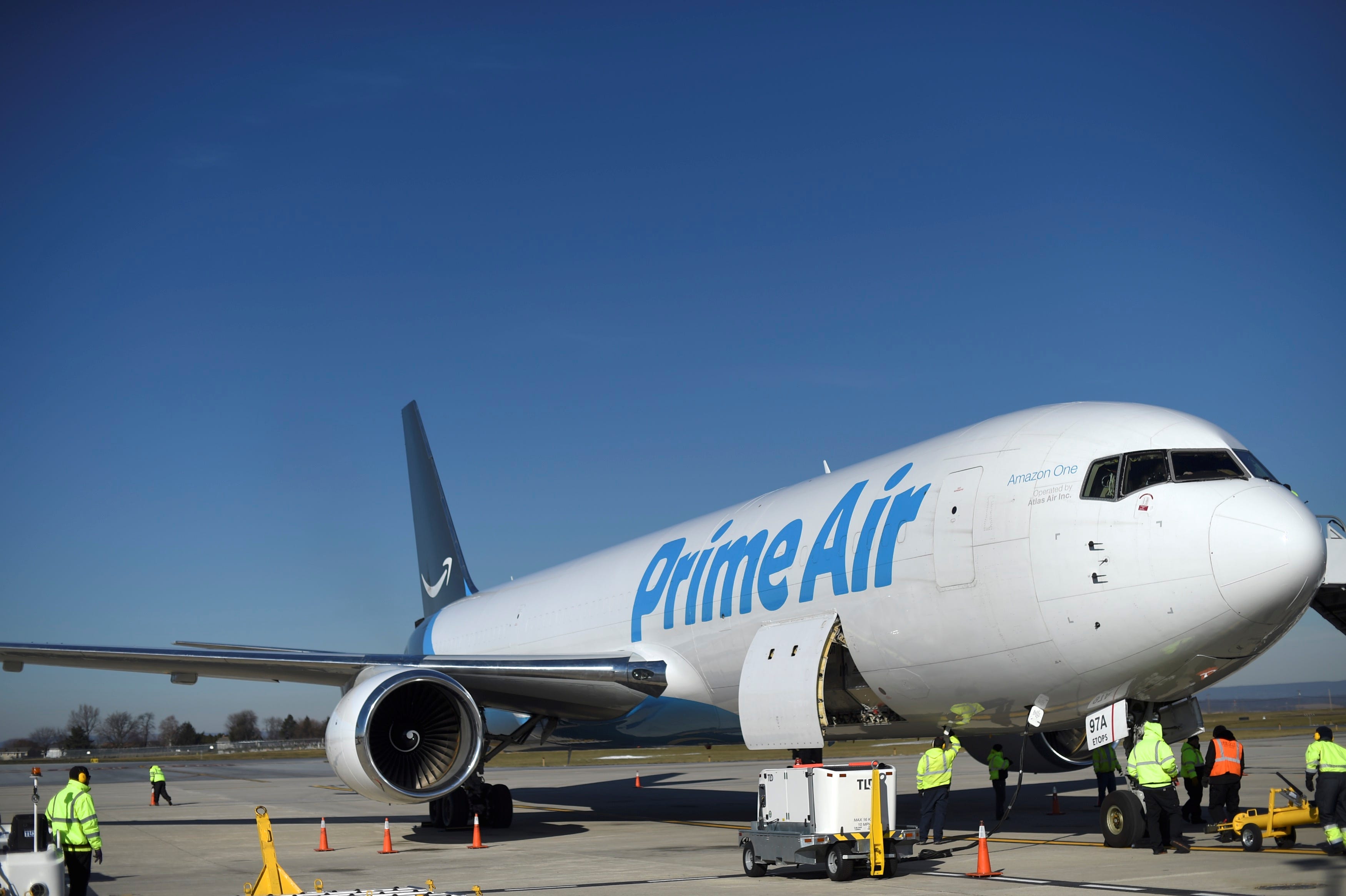 On Feb. 23, Atlas Air Flight 3591 crashed in Texas, killing all three onboard. The plane was contracted to move Amazon cargo by the e-commerce giant’s growing logistics arm. The family members of one of the deceased pilots, Conrad Jules Aska, are suing Amazon and its subcontractors, including Atlas Air, […] Pilots who fly your Amazon Air packages have been negotiating with their employers for years to secure a new labour contract. One of those employers is Atlas Air, which acquired another air cargo company called Southern Air in 2016. On August 26, an arbitration board ruled that Southern and Atlas […] The pilots who fly your Amazon packages say working conditions are unsafe, and it’s a medical risk

There’s been an uptick of short-notice sick leave among the pilots who deliver your Amazon Prime packages, according to a Friday ruling from the US Court of Appeals in Washington, DC. These pilots work for Atlas Air Worldwide Holdings, a cargo airline that contracts to Amazon, the US military, DHL, […] The US Court of Appeals ordered pilots from Atlas Air and Polar Air Cargo to stop calling in sick with little notice, refusing to work overtime, and other illegal work slowdown activities. These pilots fly planes on behalf of Amazon Air, which power Amazon’s two-day Prime shipping promise. They also […] Amazon Air pilots are picketing the company’s annual meeting on Wednesday, saying that low pay and benefits are leading to higher turnover and potential safety issues. The union representing the pilots of three carriers said they have been without a contract since 2016 and the companies are dragging their feet. […]

Pilots for three airlines that operate much of Amazon’s Air delivery service are set to picket Amazon’s annual meeting on Wednesday. The pilots’ union says the companies have purposefully stalled negotiating a new contract for more than three years. Pilots who spoke to Business Insider said their worried another accident […] Pilots for Atlas Air, Southern Air, and ABX Air, carriers that power Amazon Air, are set to protest over what they call poor pay and poor working conditions. The union that represents the group said pilots will protest on Thursday at Cincinnati/Northern Kentucky International Airport. A Business Insider investigation published […] An Amazon Air plane crashed in February, killing all 3 people on board. Weeks earlier, several pilots said they thought an accident was inevitable.

An Amazon Air plane called CustomAir Obsession crashed on February 23, killing all three people on board. The cause of the crash remains unknown. In conversations with Business Insider before the crash, several pilots who fly planes for Amazon Air said they thought an accident was inevitable. These planes aren’t […] The Wall Street Journal reported that the National Transportation Safety Board (NTSB) is suspecting pilot error in the Atlas Air Flight 3591, which crashed on February 23 in Texas, killing all three on board. The plane was carrying US Postal Service and Amazon cargo. Several pilots told Business Insider that […] An Atlas Air cargo plane transporting Amazon goods crashed in Texas on February 23, killing all three people on board. On Thursday, the Chambers County Sheriff’s Office released a new video of the crash, whose causes are still unknown. The National Transportation Safety Board said on Tuesday that its preliminary […] Pilots likely lost control of the plane carrying Amazon cargo before the crash killed all 3 on board, according to an initial review of the cockpit recording

An Atlas Air cargo plane transporting Amazon goods crashed in Texas on February 23, killing all three people on board. The National Transportation Safety Board has finally extracted the plane’s so-called black boxes from the crash site. The NTSB said on Tuesday that its preliminary review of the cockpit audio […] ‘It’s a ticking time bomb’: A pilot for one of Amazon Air’s contract airlines said the company overworks its pilots

Pilots for the airline Atlas Air, which operated an Amazon Air flight that crashed and killed all three of its occupants on Saturday, told Business Insider in the weeks before the crash that Atlas tends to overwork its pilots. Thirteen pilots who work for airlines that Amazon Air contracts with […] Amazon Air had its first deadly crash in its few years of operations — and their contract airline has a history of operational hiccups and labour problems, pilots say

Atlas Air Flight 3591 crashed at 12:45 p.m. on Saturday in Texas, leaving three people dead. The cause of the crash remains unknown. The cargo flight was contracted by Amazon Air. Two bodies have been recovered by the police, they said. A search for the third body is underway. Pilots […] Boeing 767 cargo plane crashes in Texas, reportedly killing all three on board

An Atlas Air cargo jet crashed on Saturday near Anahuac, Texas, authorities confirmed to 12 News. Initial reports from the FAA stated that three people were on board. According to Click2Houston, The Chambers County Sheriff said there are no survivors. A cargo plane carrying three people crashed Saturday afternoon near […]