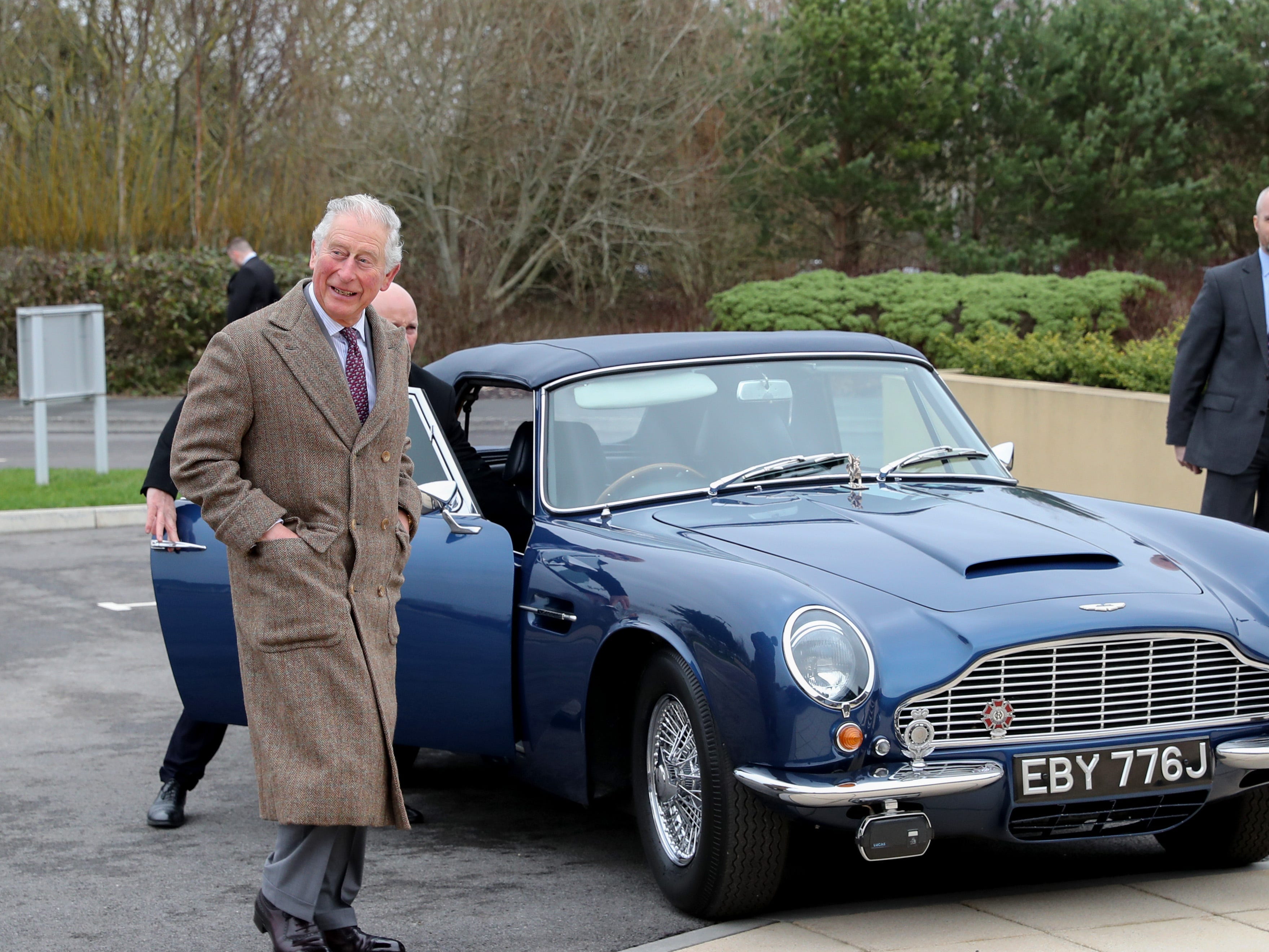 40 years ago, Aston Martin gave up plans to build the world’s fastest car. Now the car’s ready to try again.

In 1979, the Aston Martin Bulldog supercar was a marvel of automotive technology. Now it's a one-of-a-kind piece of history - and a fast one, too. 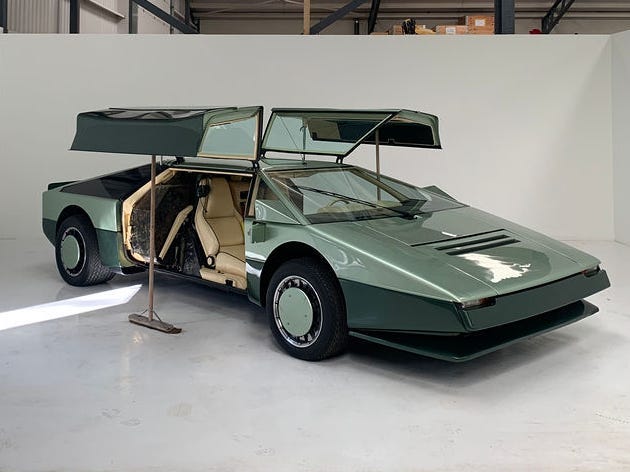 In an unusual move, Aston Martin will slash prices for multiple 2021 models. Car brands typically hike model prices year over year, but Aston will cut MSRPs by as much as $US14,000. The 2021 Aston Martin DBX, the brand’s first SUV, will cost $US13,000 less than previously announced. Visit Business […] 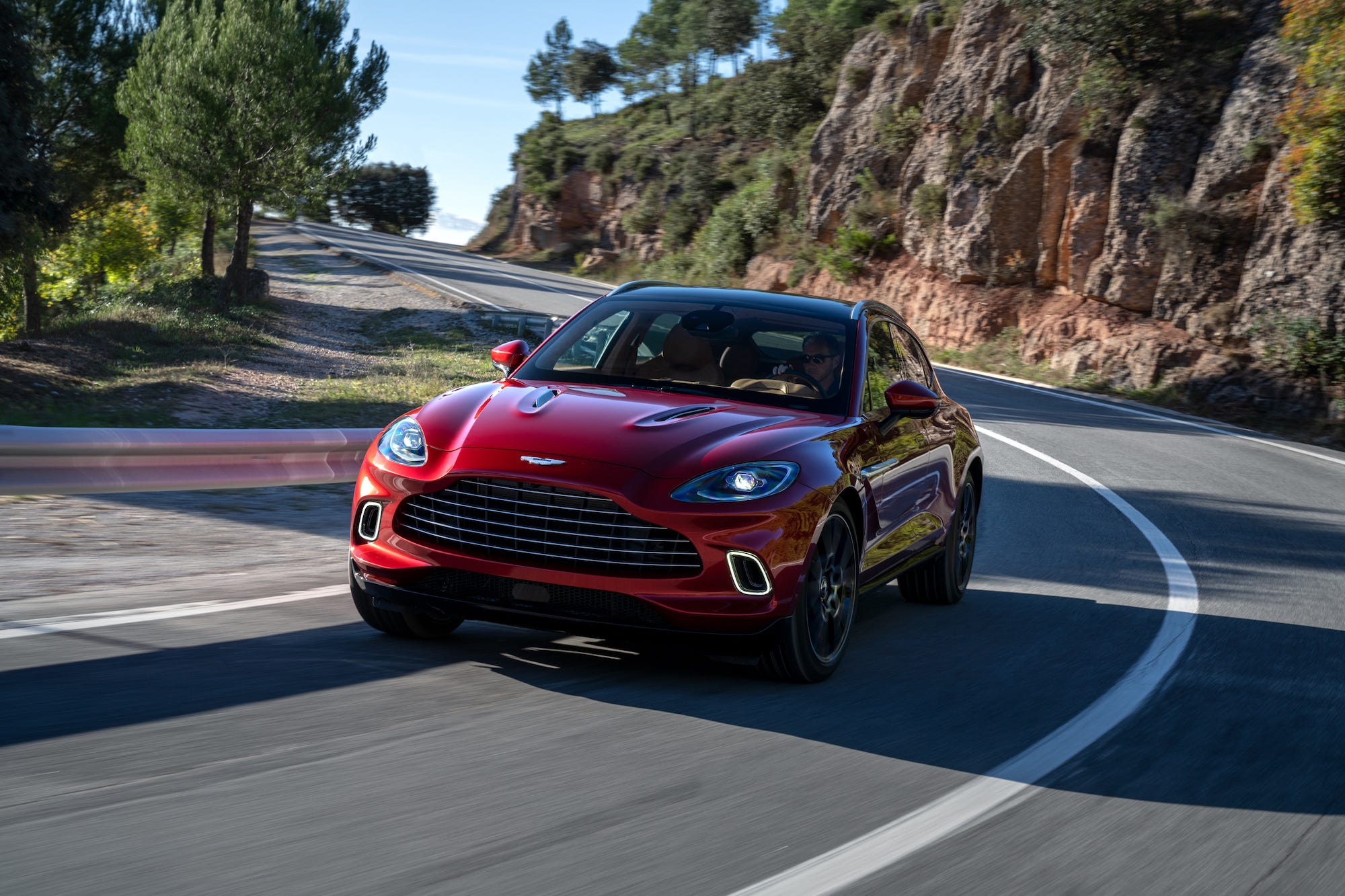 Aston Martin teamed up with Curv Racing Simulators to build the AMR-C01, a driving simulator based on the company’s race cars. The rig is made from carbon fibre and sports the same driving position as Aston’s Valkyrie track car. It costs roughly $US74,000, and Aston only plans to sell 150 […] 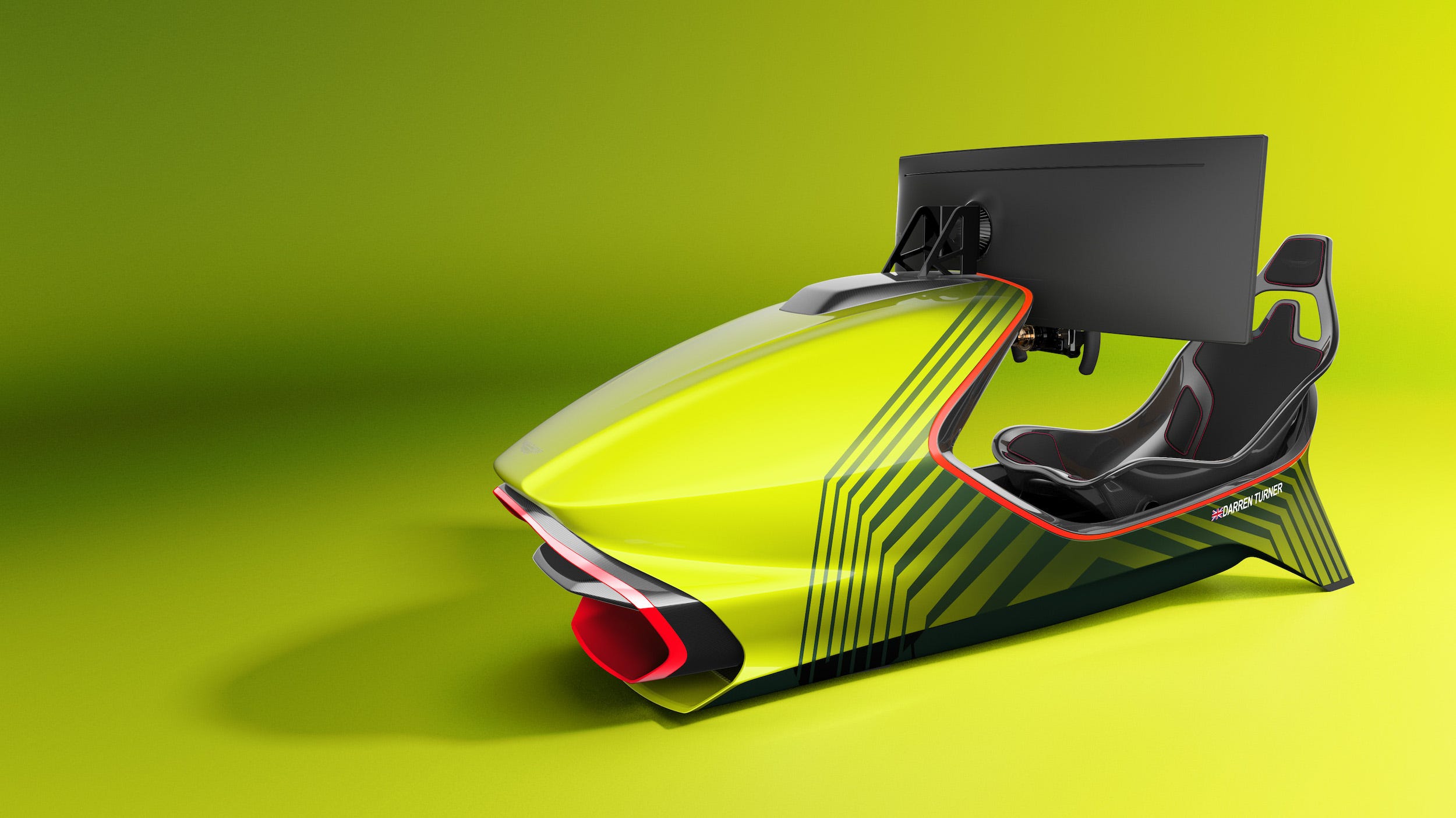 On Friday, Aston Martin unveiled a one-of-a-kind supercar it built for an anonymous buyer. It’s called the “Victor.” Taking parts from two of Aston’s latest limited-run supercars, the Victor sports a carbon-fibre body and chassis, along with a V12 engine with a claimed 836 brake horsepower. It comes with a […] 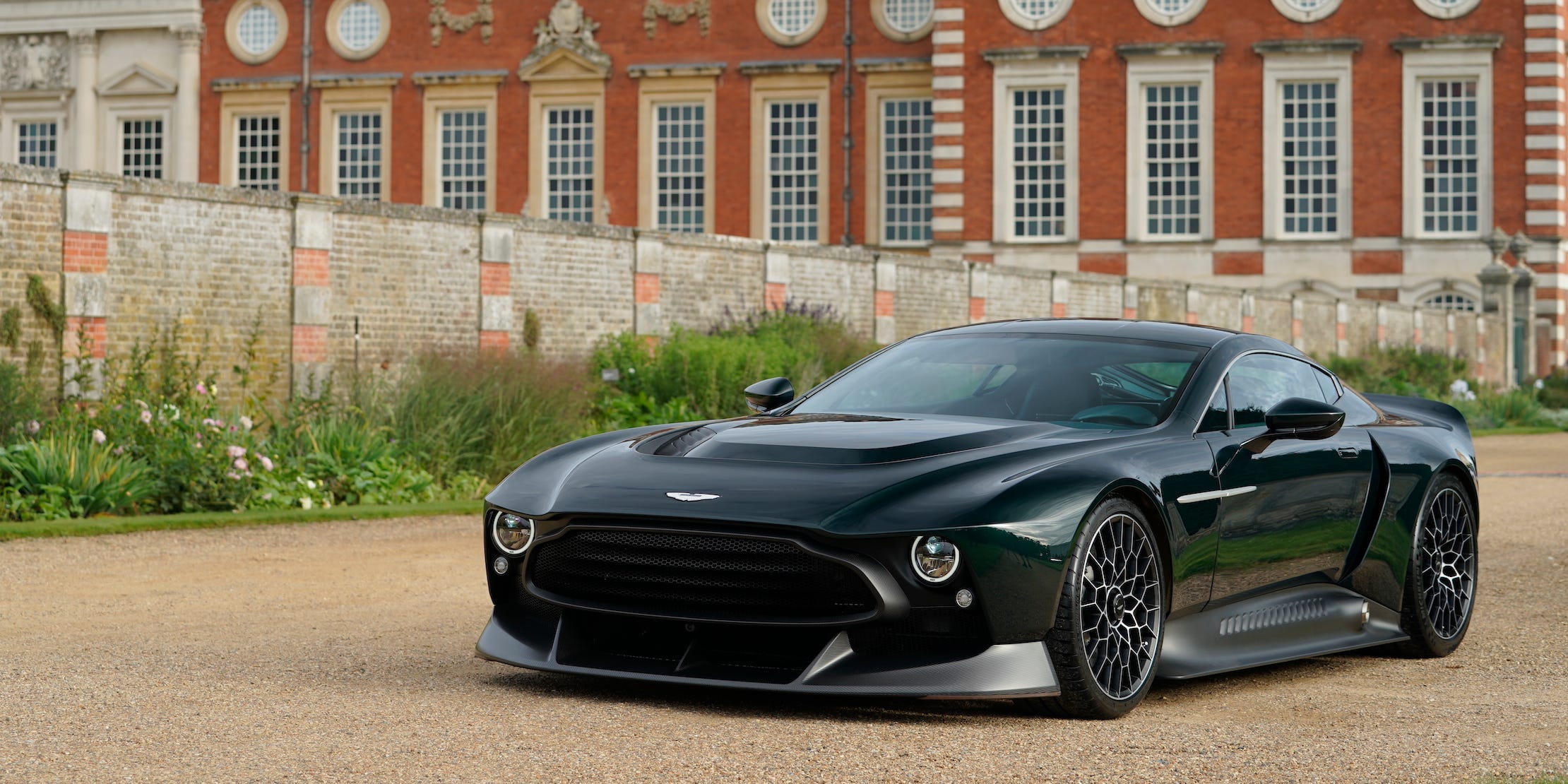 Aston Martin is selling $60,000 electric kiddie versions of one of its iconic 1960s sports cars — take a closer look

Aston Martin and The Little Car Company teamed up to create a pint-sized, electric version of the iconic DB5 sports car. With a top speed of 30 mph and a range of up to 20 miles, the DB5 junior isn’t your average toy car. It also comes in a sportier […] 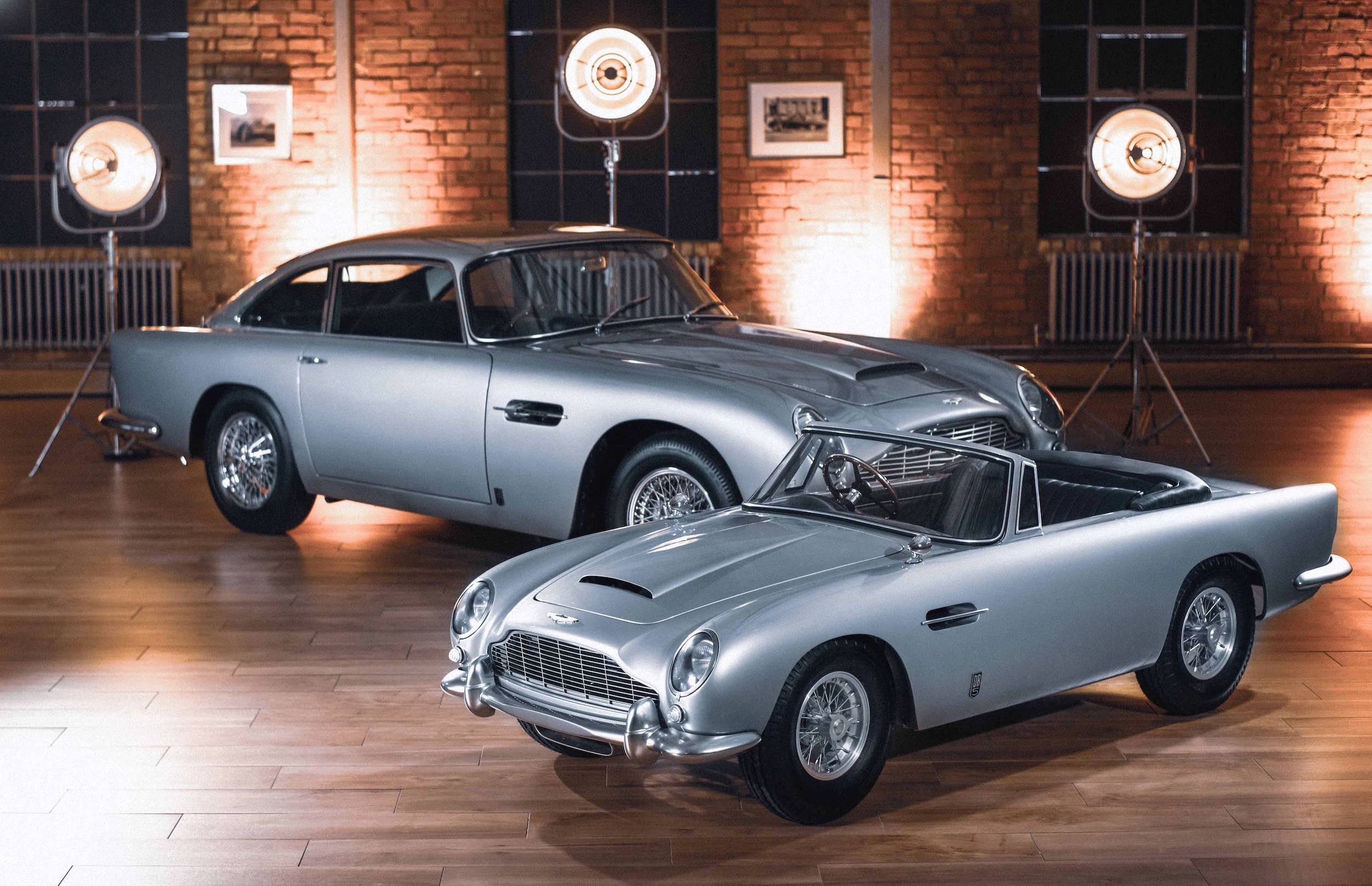 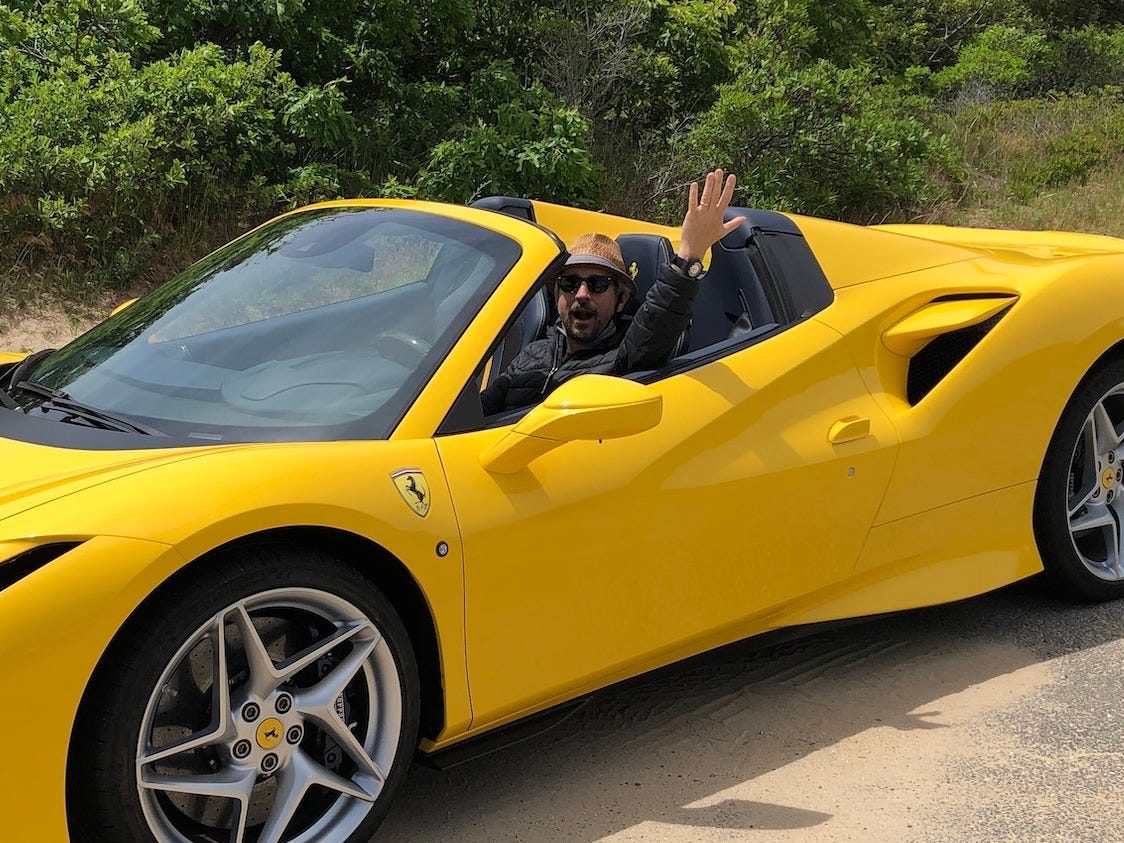 The AMB 001 is an upcoming bike created by Aston Martin and Brough Superior. It has a turbocharged motor, which is very unusual for a production motorcycle. Only 100 will be made and the starting MSRP is 108,000 Euros, or approximately $US121,000. Visit Business Insider’s homepage for more stories. The […] 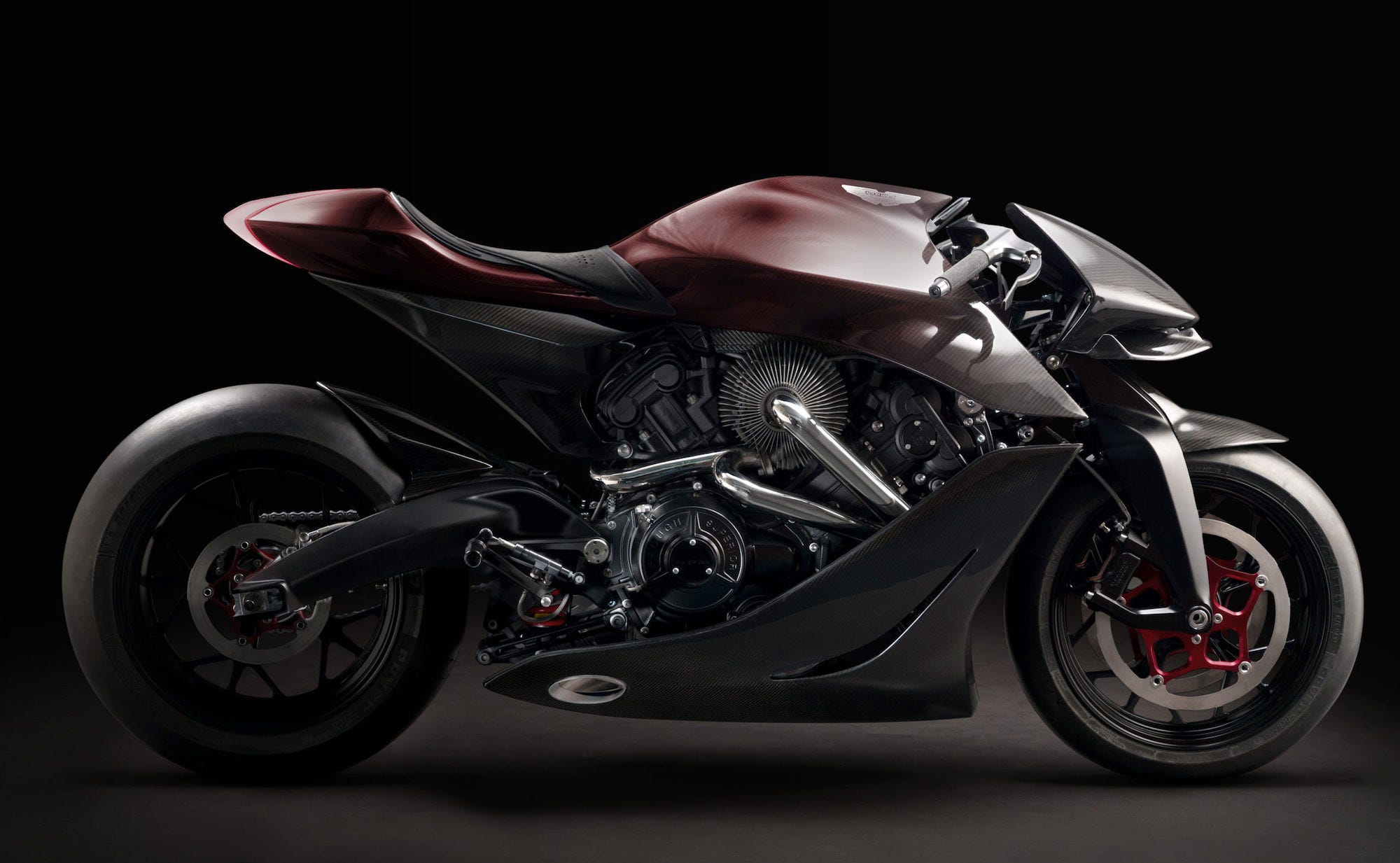 The $186,000 Aston Martin Vantage is the most exciting car I’ve driven in 2020. Here’s how this amazing machine takes on Porsche, Mercedes, and even Ferrari.

I tested a $US186,027 Aston Martin Vantage coupé – the impressive entry point to the British brand. My 2020 Vantage had a 503-horsepower V8 engine, borrowed from Mercedes-AMG. The Vantage was revamped for 2019; the nameplate has been around since the early 2000s and has gone through one major design […] 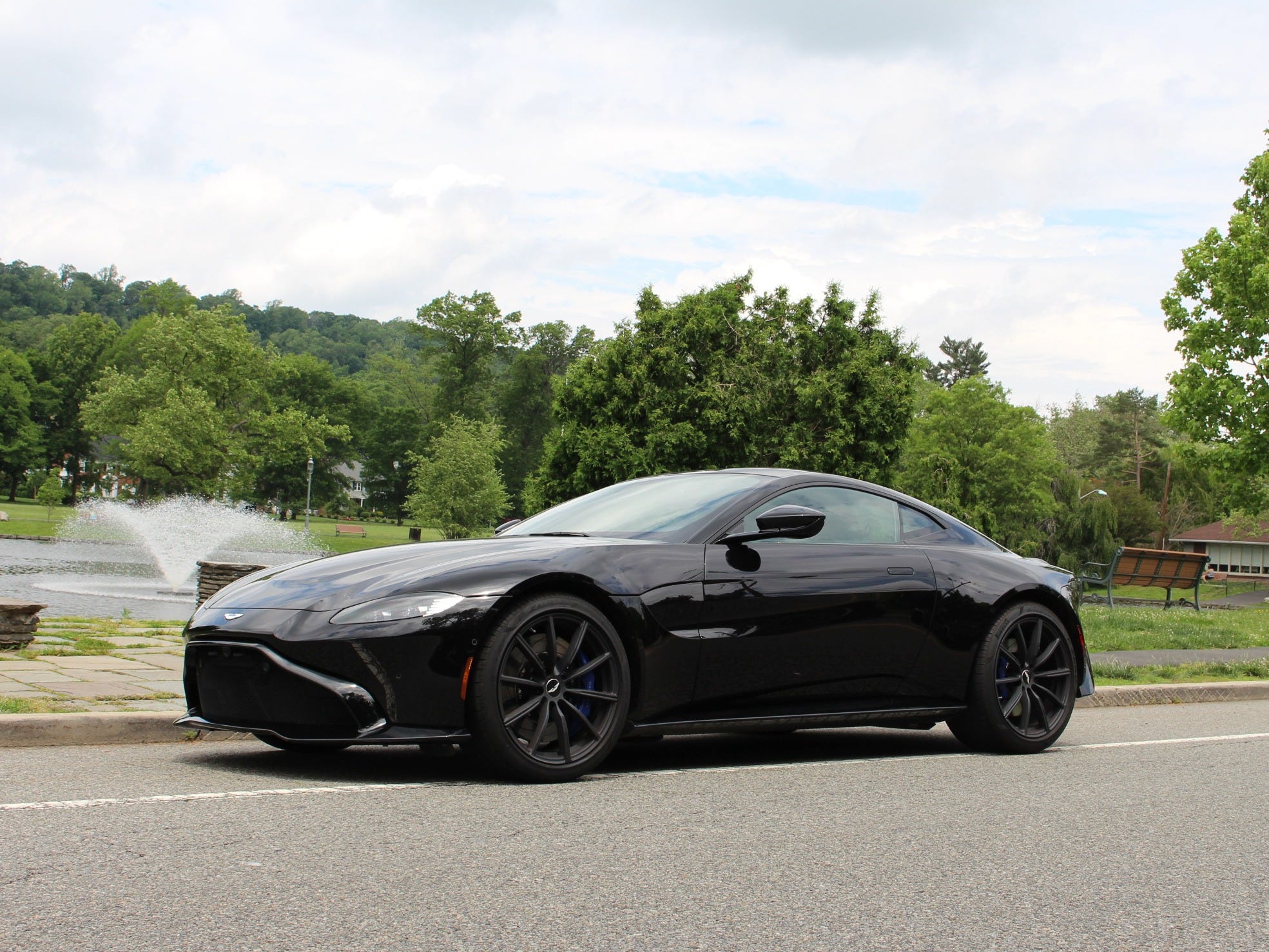 I tested a $US234,086 Aston Martin DB11 V8 – a gorgeous machine with a potent, 503-horsepower engine under the hood. The DB11 was introduced in 2016 and hasn’t been substantially upgraded for 2020. It doesn’t matter, because the car remains gorgeous. The Mercedes-AMG-sourced twin-turbo V8 is a dandy alternative to […] 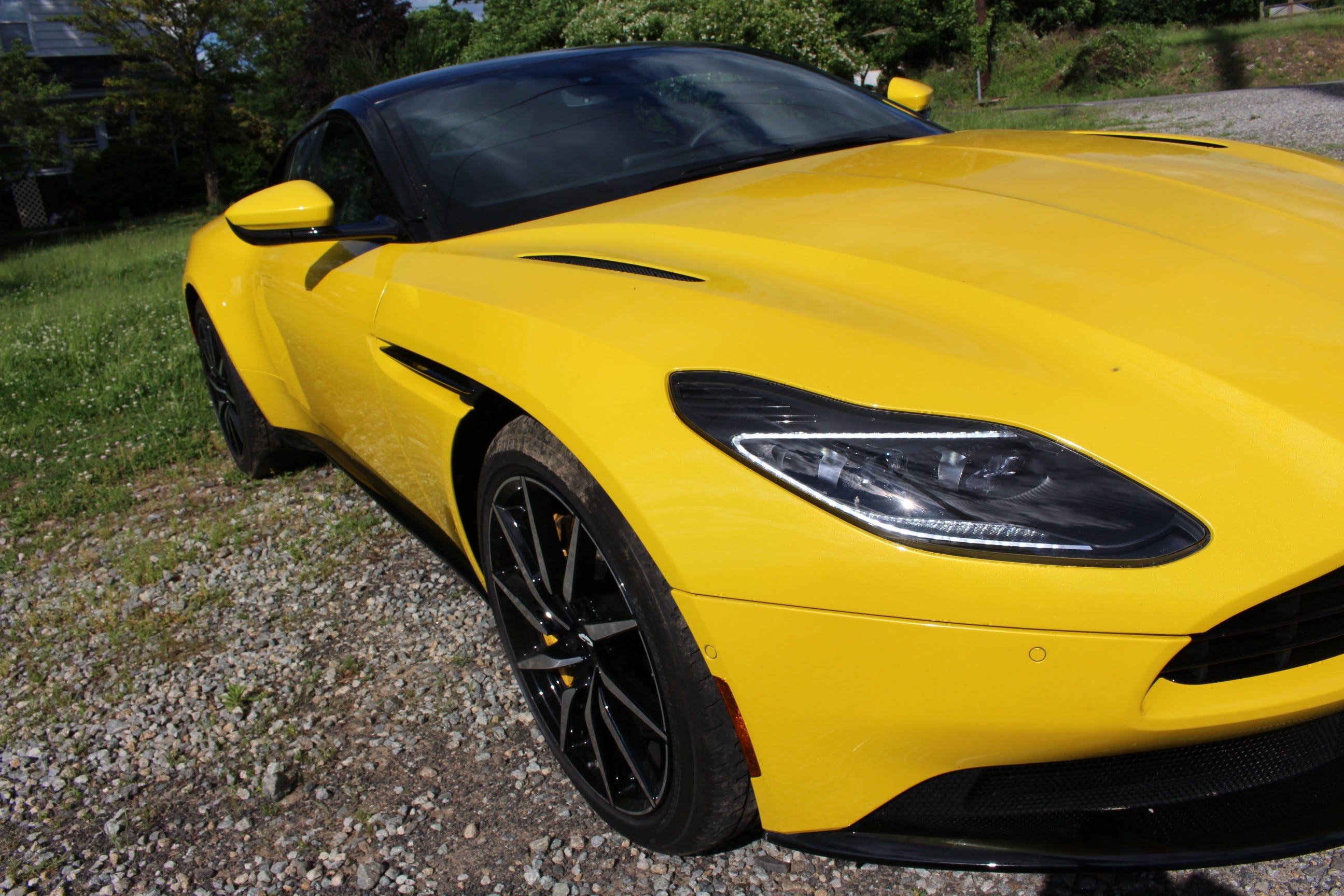 Aston Martin’s newest $US1 million supercar is the V12 Speedster, which comes with no windshield and no roof. The two-seater also has a bar running between the driver and passenger, which creates two independent pods for the car’s occupants – perfect for, you know, folks who might not want to […] 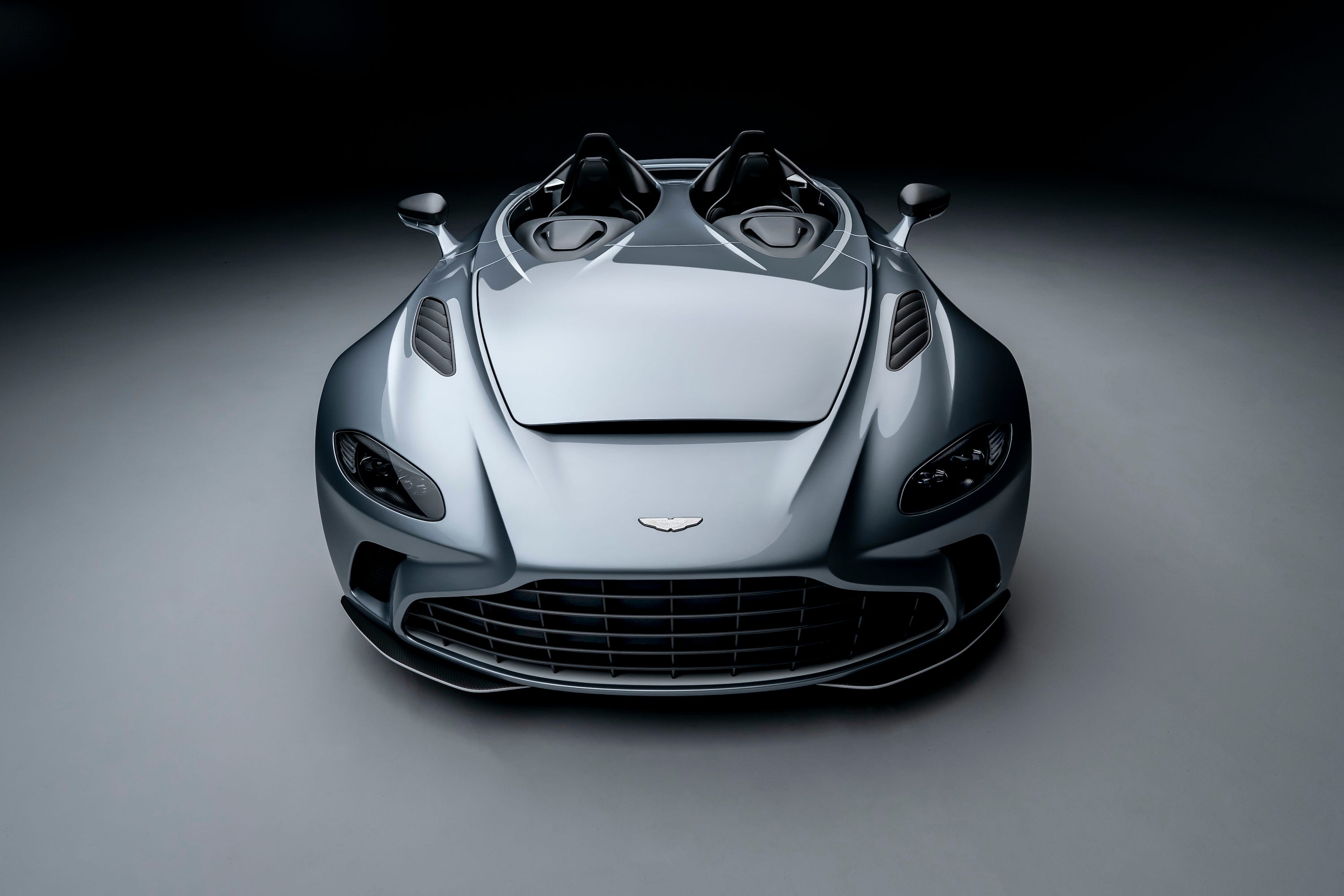 Canadian billionaire Lawrence Stroll is the newest investor in Aston Martin, with Reuters reporting that he dropped more than $US240 million on a 16.7% stake in the company. Aston has been struggling financially as of late, but its new DBX SUV could help ease that. Stroll’s investment will come with […]
News Jan. 9, 2020, 3:47 AM

Aston Martin and Airbus have teamed up to create an Aston Martin edition ACH130 helicopter. The helicopter retains the same performance specifications as the standard Airbus ACH130, but with a luxurious Aston Martin interior. The Airbus and Aston Martin teams worked together for over a year to create the project. […]
Markets Jan. 8, 2020, 3:06 AM

Aston Martin Lagonda stock sank as much as 16% on Tuesday, dragged lower after the automaker announced a massive profit drop for its first year as a publicly traded firm. The company, which builds the sports cars preferred by fictional spy James Bond, revised its fiscal 2019 earnings to land […]
News Nov. 21, 2019, 3:10 AM

Aston Martin pulled the cover off its highly touted DBX SUV. The DBX is the first SUV from the 106-year-old luxury brand. It’s on sale now, starting at $US189,000. Sign up for Business Insider’s transportation newsletter, Shifting Gears, to get more stories like this in your inbox. Visit Business Insider’s […]
News Nov. 6, 2019, 6:33 AM

Aston Martin just unveiled its first motorcycle: the AMB 001. The carbon-fibre motorbike was made in partnership with English motorcycle-maker Brough Superior. AMB 001 has 180 horsepower and a MSRP of about $US119,559, not including a 20% VAT. Only 100 examples will be made. Visit Business Insider’s homepage for more […]
News Oct. 23, 2019, 12:15 AM

Aston Martin has unveiled 11 accessory packs that will accompany the sale of the brand’s first-ever SUV, the DBX, which is set to be unveiled before the end of the year. The accessory packs are geared towards pets, parents, and field sports enthusiasts. Visit Business Insider’s homepage for more stories. […]
News Oct. 10, 2019, 5:29 AM

Aston Martin has officially announced the four cars that will appear in the next James Bond instalment, “No Time to Die.” The lineup includes the classic DB5, the first Aston Martin to ever be featured in a “007” film, as well as the 2021 Valhalla. The British carmaker called the […]
News Oct. 3, 2019, 6:11 AM

Supercars seized from the Vice President of Equatorial Guinea and son of the country’s dictator recently went up for auction in Switzerland with Bonhams and the State of Geneva. The 26 cars auctioned off for $US26,908,636, exceeding the Swiss authorities’ original estimate for what the cars were worth, about $US18.7 […]
News Aug. 21, 2019, 4:24 AM

Aston Martin has revealed a new bespoke design service focused on creating a personalised “gallery” or “lair” for their client’s car, or cars. The Aston Martin Automotive Galleries and Lairs designs range from minimalist garages that blend with the client’s homes to luxury living spaces designed around the vehicle. Visit […]
Next Page »