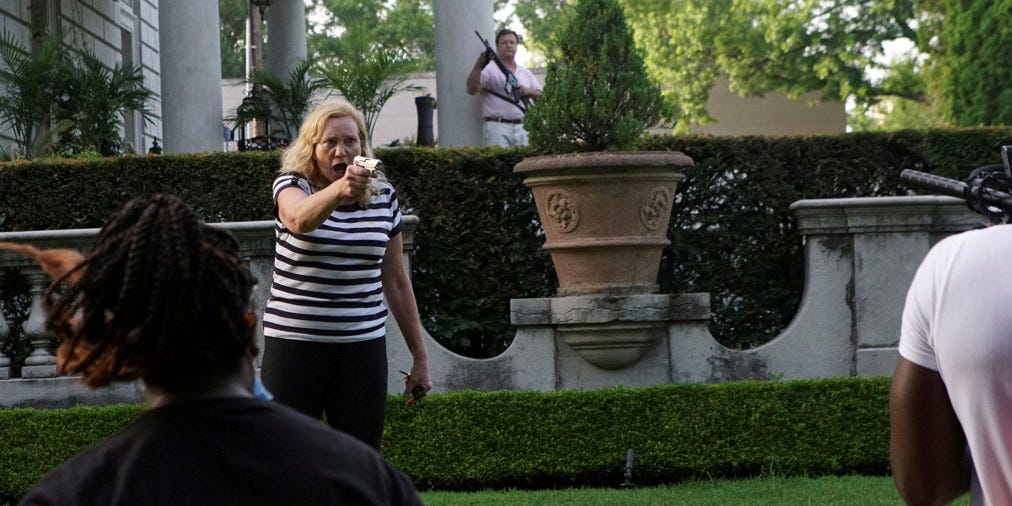 Dick’s Sporting Goods destroyed $US5 million worth of assault weapons in 2018 after banning them from its Field & Stream hunting and fishing stores in the wake of the Parkland shooting. Dick’s banned them from its signature big box stores in 2012 following the Sandy Hook massacre. Dick’s CEO Ed […]
News Apr. 18, 2018, 4:10 AM

Dick’s Sporting Goods is destroying the assault-style guns that it removed from stores in February. Dick’s announced that it would stop selling assault-style rifles and raise the minimum age requirement for purchasing a firearm in its stores to 21 following the February school shooting in Parkland, Florida. Federal guidelines for […]
News Mar. 7, 2018, 4:34 AM

People are stockpiling assault-style rifles after the Florida school shooting

Gun sales are surging after the Florida school shooting that killed 17 students and staff members. Criminal background checks for gun sales rose 3.5% in Florida in the month of February, Bloomberg reports. Background checks for long guns, which includes assault-style rifles like the one used in the Parkland school […]
News Mar. 1, 2018, 6:56 AM

Dick’s Sporting Goods has stopped selling assault-style rifles. The company says it made the change in response to the Florida school shooting that killed 17 students and staff members. But a group of nuns says it played a key part in getting the retailer to drop assault guns. Dick’s Sporting […]
News Feb. 28, 2018, 11:21 PM

Dick’s Sporting Goods, one of the largest sports retailers in the US, says it will stop selling assault-style weapons and will require gun buyers to be at least 21 years old. The CEO said the company was “disturbed and upset” by the shooting earlier this month in Parkland, Florida. The […]
News Jul. 7, 2017, 4:02 AM

Another AR-15 Rampage? Here Are The Facts About America’s Most Popular Rifle

America’s most popular rifle, the AR-15 is at the center of the debate on gun control raging through the United States. As the smoke clears from a shooting at Los Angeles International Airport this morning, there appears to be a familiar rifle laying on the ground by the feet of […]
News Aug. 2, 2013, 8:28 AM

25 Of The Most Famous Guns In Cinema

[credit provider=”AP” url=”http://www.businessinsider.com.au/nra-wayne-lapierre-gabby-giffords-senate-testimony-2013-1″] The NRA Institute for Legislative Action has a published list of adversaries on its website — comprised of individuals, companies, journalists and organisations that have lent money or support to gun-control organisations.The “enemies list” was first published on Sept. 17 last year, but the liberal Daily Kos website brought it […]
Next Page »