Stephen Amell opens up about the ‘really, really shameful’ moment he got kicked off a plane for yelling at his wife: ‘I had too many drinks’

In a recent podcast appearance, the "Arrow" star admitted he's "deeply ashamed" and "trying to make amends" with his wife, Cassandra Jean. 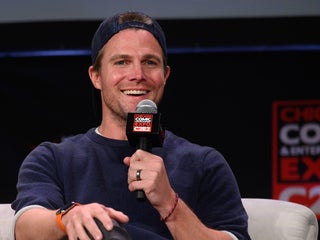 ‘Arrow’ star Stephen Amell responds to reports that he was ‘forcibly removed’ from a flight after an ‘altercation’ with his wife: ‘I let my emotions get the better of me’

Page Six reported that the actor was removed from the aircraft after he allegedly "screamed" at his wife, Cassandra Jean Amell, and appeared "drunk." 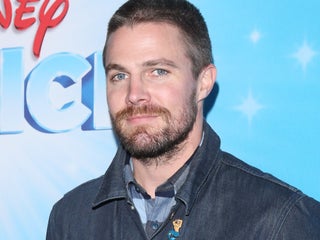 Cassidy isn't upset "Green Arrow and the Canaries" wasn't picked up - she'd rather see a "bad-a-- woman show" about the mysterious creator of Bitcoin. 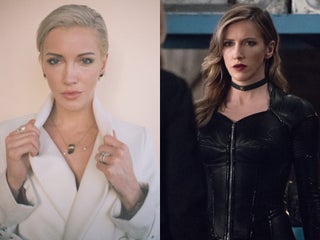 Katherine McNamara says her ‘Arrow’ spin-off show is still in ‘limbo,’ but she’s ‘hopeful’: ‘I’m not done with Mia Smoak yet’

“Arrow” star Katherine McNamara, who’s promoting her partnership with Alcon and PRECISION1 for their “See What Happens” campaign, spoke to Insider about a potential spin-off centered on Mia Smoak (her character) and the Canaries. “We were in limbo going into this quarantine and now even more so,” the actress said, […] 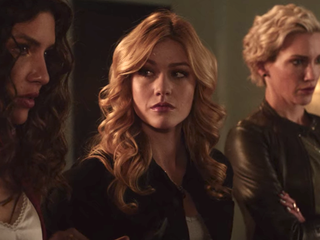 Katherine McNamara, who stars as Mia Smoak on The CW‘s “Arrow,” spoke to Insider about what fans can expect from the upcoming Arrowverse crossover titled “Crisis on Infinite Earths.” The actress said that filming the five-part event “was utter mayhem, but in the most organised way,” due to the challenges […] Way back at the end of May, something weird...