A viral rumour claims Armie Hammer is into sexual cannibalism, blood play, and vorarephilia. Here’s what those kinks involve, according to a sex expert.

An Instagram account posted screenshots of sexual messages, claiming they were sent by Armie Hammer to various women. Hammer has not confirmed that to be the case. The messages involved requests to drink blood, and cut off body parts in a sexual manner. There are certain kinks that involve these […] 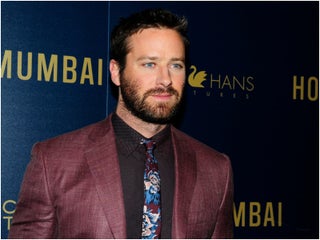 Armie Hammer has stepped down from “Shotgun Wedding,” a production spokesperson confirms to Insider. The decision comes days after the “Call Me by Your Name” actor trended on social media for alleged NSFW direct messages. Representatives for Hammer did not return Insider’s inquiry as to the veracity of the alleged […] 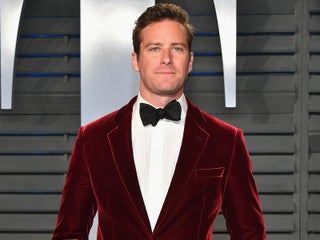 On Wednesday’s episode of his National Geographic Channel adventure show “Running Wild,” host Bear Grylls made actor Armie Hammer drink fresh milk from a goat’s teat. Grylls wrangled the wild goat as the two backpacked across Sardinia, and told Hammer that fresh milk is a luxury in many parts of […] Armie Hammer posted a weird Instagram story of his son sucking his toes, and people are freaked out

Actor Armie Hammer, known for his roles in “Call Me by Your Name” and “The Social Network,” posted an Instagram story of his young son that had enough people gagging that the negative response trended on Twitter. The ire wasn’t directed toward Hammer’s son, but rather what he was doing: […] Armie Hammer apologizes for lashing out at people grieving Stan Lee with selfies, promises to work on ‘impulse control’

A day after Marvel co-creator Stan Lee died, Armie Hammer criticised celebrities posting photos with him, saying they were narcissistic. He got trashed for it on Twitter, including by “The Walking Dead” star Jeffrey Dean Morgan, who called him “a real asshat.” Hammer apologised, acknowledging he acted like an “asshat” […]