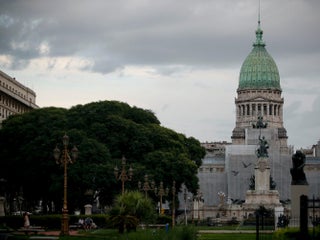 Argentina’s Congress has approved a wealth tax on the top 0.8% of earners. The government hopes to collect $US3.78 billion from the one-off levy, according to international press agency Pressenza. The money raised will go towards the equipment and supplies needed to fight COVID-19. It will also be used to […] 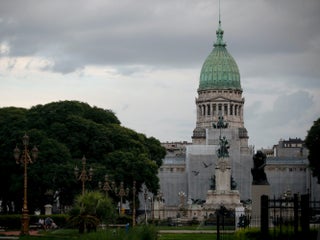 Star fund manager’s bet on $4.3 billion worth of Argentine debt is dangerously close to unravelling

Franklin Templeton and its star money manager, Michael Hasenstab, have $US4.3 billion worth of Argentine bonds as the country marches towards restructuring, Bloomberg reported. Officials in Argentina say the restructuring agreement will not do any favours to investors, Bloomberg reported. Hasenstab made his name by making big bets on sovereign […] 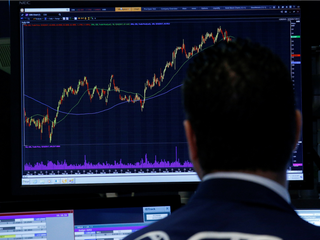 On Sunday, Argentina ousted incumbent president Mauricio Macri and voted left-wing Peronist Alberto Fernandez into power. Monday, the central bank slashed dollar purchase amounts to stabilise the economy and protect the Argentine peso amid increased economic uncertainty in the country. Fernandez has not be forthcoming about his economic plan, and […] Autonomy Capital, a hedge fund that placed bullish bets on Argentina last year, lost roughly $US1 billion in August when the country’s market crashed following an election upset, according to The Wall Street Journal. Argentina is now on the brink of a financial crisis and may be unable to repay […] Argentina’s government has imposed strict currency controls on firms as the country spirals towards an economic crisis. Argentina’s economy has suffered in recent months, with the peso losing a quarter of its value in a month. The South American nation is also looking todefer=”defer”debt payments to the International Monetary Fund […] The International Monetary Fund said in a statement Tuesday that it would “soon” send a team to Argentina. The statement came after the new economy minister said the government would do everything possible to stabilise the currency, following the August 11 primary-election result that rocked domestic markets. The IMF had […] Investors are still hesitant to put money in Argentina following the country’s primary elections, where current President Macri lost in a surprise result. Even though Macri has outlined an economic plan to win back voters, markets are waiting on more clarity from Alberto Fernandez, who won nearly half of the […] Argentina is on the brink of financial crisis after a shocking primary election saw President Mauricio Macri lose to Alberto Fernandez and his running mate, former president Cristina Fernandez de Kirschner. The S&P Merval Index plummeted 48% Monday, the second-largest single-day drop for any stock market since 1950. The Argentine […]