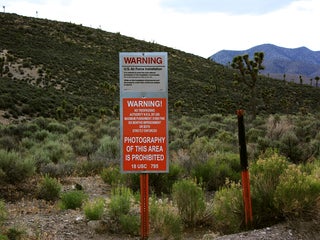 Google released its annual list of top search terms for the year. Searches are broken down by category, including people, musicians, and songs. TikTok stars and terms popularised on the platform topped the lists, from e-girls to Lil Nas X‘s hit “Old Town Road.” TikTok is a short-form video app […] A new report from Aviation Week reports that the US Air Force’s secretive stealth drone – commonly referred to as the RQ-180 – had its first test flight in 2010. The Northrop Grumman-designed unmanned aerial vehicle (UAV) has been in the skies for nine years without apparently ever being photographed. […] Edward Snowden, the NSA whistleblower who blew the lid on the US government’s classified mass surveillance programs, shut down a conspiracy theory that the US is secretly housing alien lifeforms. Speaking on an episode of “The Joe Rogan Experience” podcast, which aired on Wednesday, Snowden said he did not find […] These are the most popular Halloween costumes about tech and video games, according to Google

Halloween is only a few weeks away, so people are deciding on and buying their costumes. Some icons, like Steve Jobs, are enduringly popular Halloween costumes. Google published a list of the top 500 Halloween costumes for 2019, based on Google Trends. Visit Business Insider’s homepage for more stories. Google […] A group of Buddhist worshippers on a remote hilltop in Thailand believe that aliens communicate with people in the area. Khao Kala in Nakhon Sawan – which translates to “City of Heaven” – is located just three hours north of Bangkok and has become a hotspot for tourists looking to […] The Department of Defence apologised Saturday after an internal public affairs division posted a tweet the day before suggesting that the US military was going to bomb millennials who attempted to raid Area 51. “The last thing #Millennials will see if they attempt the #area51 raid today,” the tweet, which […] The viral “Storm Area 51” event finally happened on Friday night, but there was no storming to be done, and just lots of standing around. The Lincoln and Nevada County Sheriff’s Offices said 200 people made it to the US Air Force facility’s main gates and were given “heated warnings,” […] The US Federal Aviation Administration is temporarily closing airspace near Area 51 this week ahead of the viral Storm Area 51 event scheduled for Friday. The airspace will be closed to everything including news helicopters, drones, private planes, and even police and emergency medical flights. The US Air Force has […] How a viral quest to ‘see them aliens’ at Area 51 spiraled from a joke to a potential ‘Fyre Festival 2.0’

In June, a college student created a Facebook event encouraging people to “storm” Area 51 in September to “see them aliens.” But things spiraled out when over a million people responded. The event was blown out of proportion, the page’s creator Matty Roberts has since said. What happened next can […] Tiny Nevada towns warn that 2 rallies drawing as many as 50,000 alien-seekers near Area 51 are ‘Fyre Festival 2.0’

As many as 50,000 people could descend on the towns of Hiko and Rachel, Nevada, for two Area-51 themed events starting September 19, and the influx of alien enthusiasts and internet jokesters could completely overwhelm the tiny towns and the secretive Air Force base nearby. The 20-year-old who initially hatched […] A party planned for the millions of Facebook users signed up to storm Area 51 is raising concerns it could become ‘Fyre Fest 2.0’

Area 51 gained renewed attention this summer after a Facebook event calling on people to storm the mysterious Nevada desert site went viral. Organisers of the event turned it into a music festival called Alienstock, and thousands of people are expected to flood the town near Area 51 later this […] Before Area 51, the US’ first ‘UFO’ controversy uncovered a top-secret military project

Almost 2 million people joined a Facebook event dedicated to storming the Area 51 US Air Force Base in Nevada. Instead of a raid, about 1,500 people joined celebratory encampments near the military base on Friday. It’s the latest example of Americans’ fascination with conspiracy theories about alien visitors. America’s […] A Facebook event focused on storming the infamous Area 51 United States Air Force base started as a joke, but has since taken on a life of its own. The event, originally known as “Storm Area 51, They Can’t Stop All of Us,” has garnered over 2 million “I’m going” […] Area 51 is a highly classified area in Nevada. Currently, over 1 million people are actively plotting to “storm” the base in an attempt to see aliens. It’s likely a joke, but it’s brought up some serious questions about what goes on at the base. The US Government didn’t acknowledge […] Over 1 million people have responded to a Facebook event to “storm” Area 51 in Nevada. The air force base has been associated with conspiracy theories, especially those pertaining to UFOs. In a statement provided to the Washington Post, a spokesperson for the Air Force said that it “stands ready.” […] A joke Facebook event encouraging people to band together and storm the highly secretive Area 51 site in Nevada has gone viral, inspiring alien memes on Facebook and Instagram. Area 51 is a US Air Force base; an Air Force spokesperson told INSIDER, “any attempt to illegally access military installations […] The secret airline run by the US government is hiring — and to get the job, you have to share your drinking habits, sexual behaviour, and mental health

Janet Airlines, the secret airline run by the US government, is hiring flight attendants. The airline mostly shuttles workers from the Las Vegas airport to locations like Area 51. The flight attendants will have the highest level of security clearance and be privy to classified national security information. To qualify, […] How Area 51 became the center of alien conspiracy theories

Area 51 has been the focal point of alien conspiracy theories in America for decades. The remote military base in the Nevada desert has a lot of history, and has been associated with aliens almost since its inception. In 1954, President Eisenhower authorised the development of a top secret, high-altitude […]