Amid ongoing internal strife among Apple employees, Apple is said to have fired one of the organizers of an internal worker movement.

The Look Around feature on Apple Maps lets you explore areas in a similar way as Google Maps' street view. But it's not as robust. 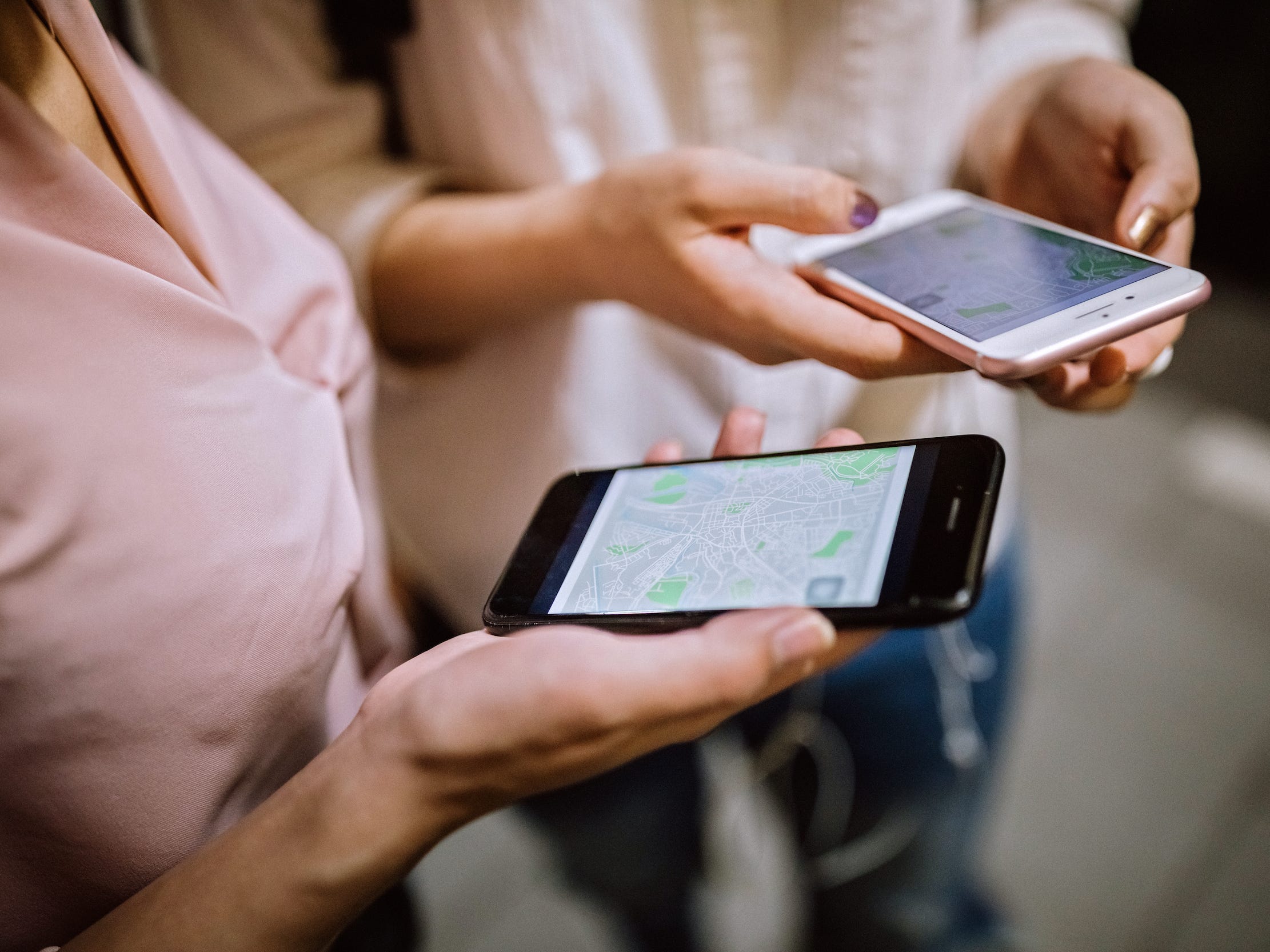 How to report traffic incidents, hazards, and speed checks in Apple Maps on your iPhone

To report a traffic incident in Maps on your iPhone, open the bottom menu on the map screen and tap the Report icon.
Tech Nov. 10, 2020, 8:20 AM

Apple has announced that Apple Maps for iPhone will now include warnings about speed cameras and traffic cams as part of the iOS 14 update. Cameras will automatically appear on the Maps app’s navigation screen, alerting drivers to speed and redâ€’light cameras as well as potential slowdowns. Apple Maps’ speed […] 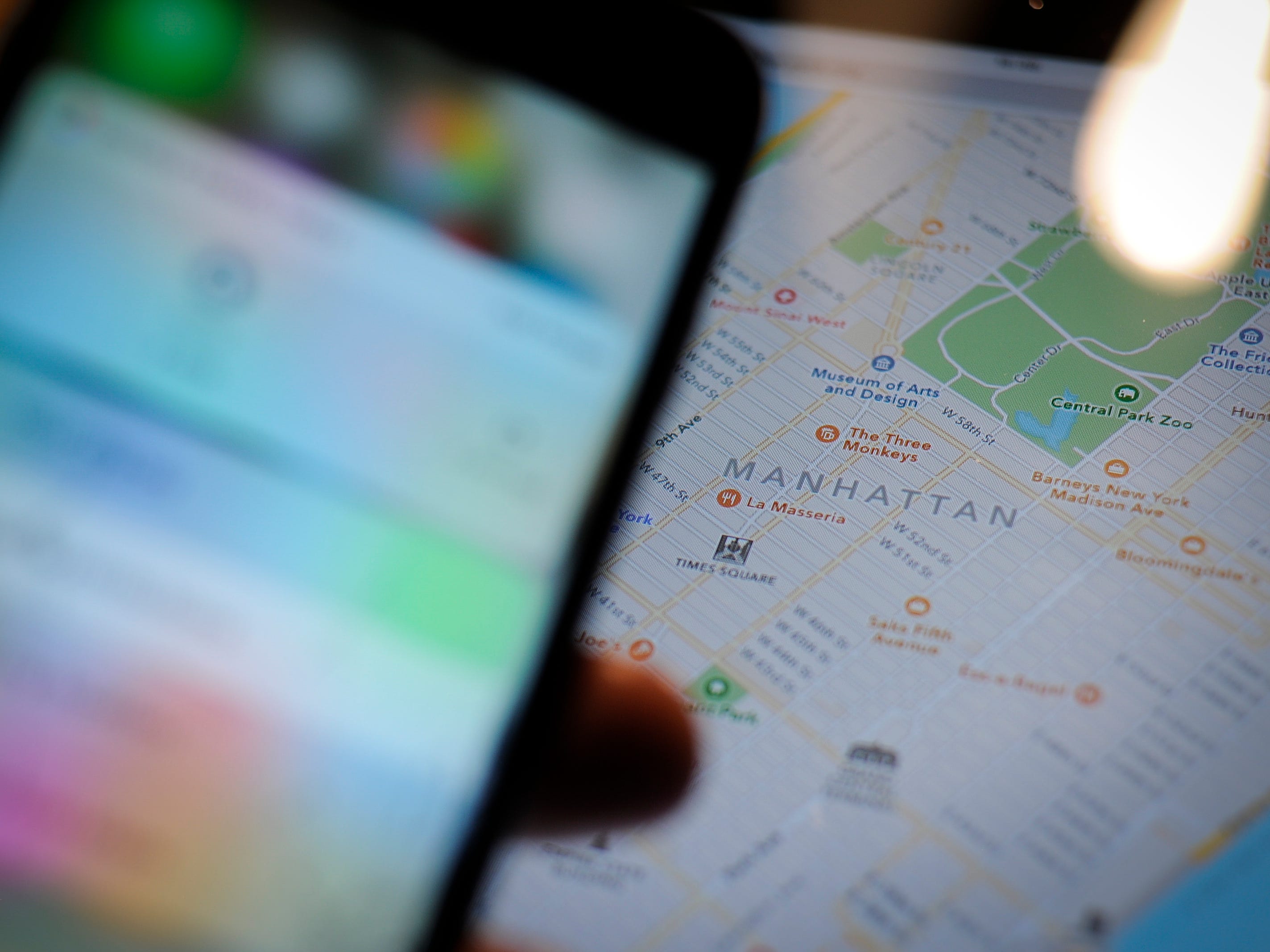 The “Black Lives Matter” mural that’s been painted on a street leading up to the White House in Washington D.C. is now visible from Apple Maps. You can see the mural when typing in the street address or “Black Lives Matter Plaza” and zooming in while in satellite view. The […] 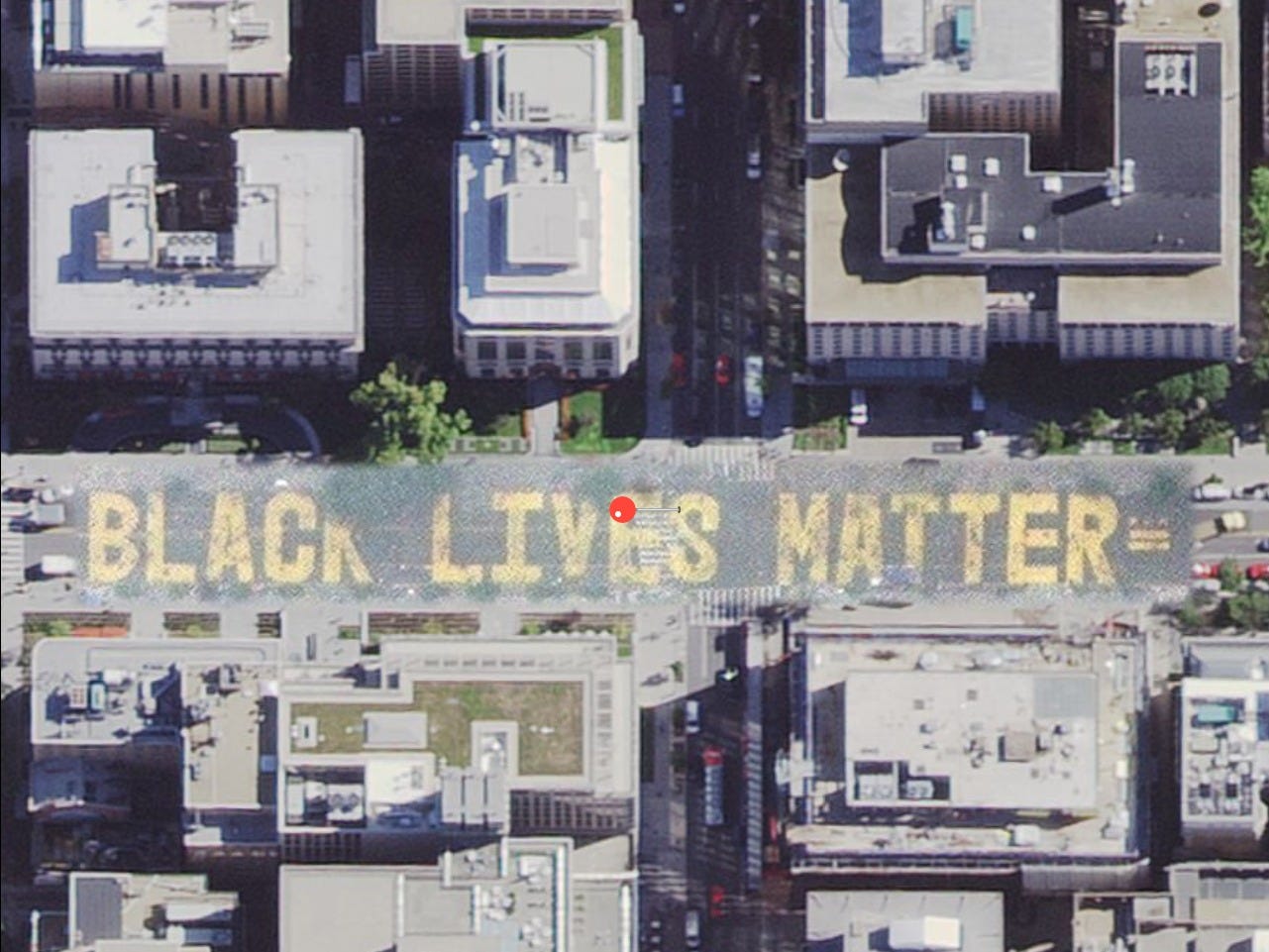 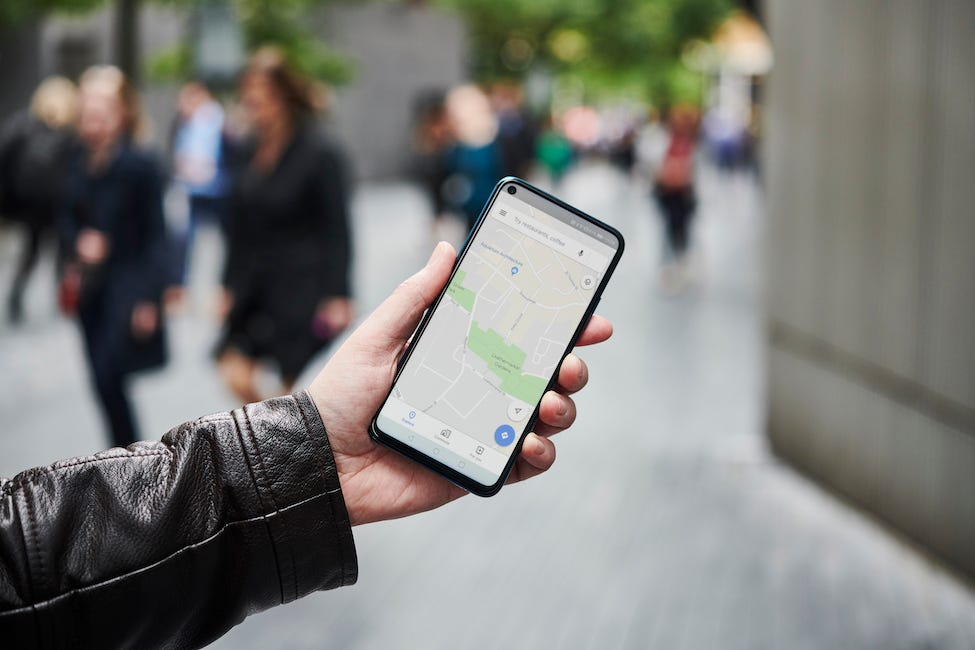 You can now find the COVID-19 testing locations closest to you on Apple Maps. Here’s how. 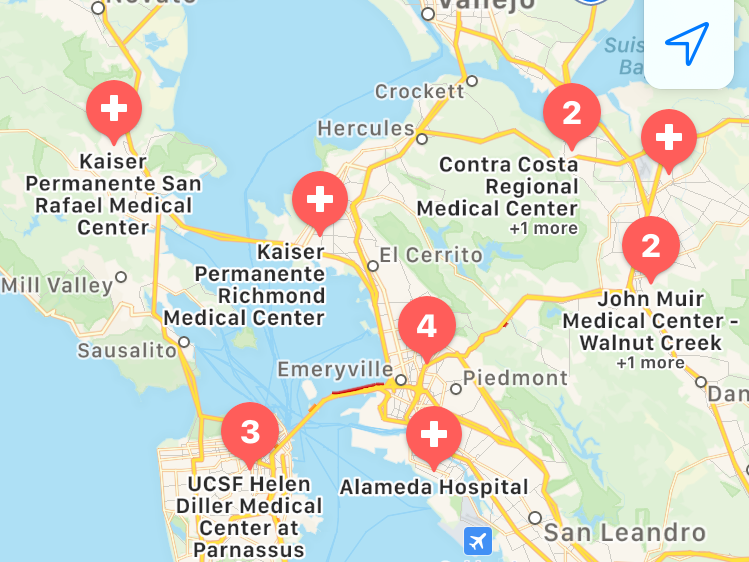 Apple just released a tool that shows how well people in your area are staying home. Take a look.

Apple just released a new tool to show how effectively people are socially distancing across the globe. The tool gathers location data from Apple Maps users to glean trends in people’s movements. Data can be sorted by country, state, or city and shows a breakdown of how many people are […] 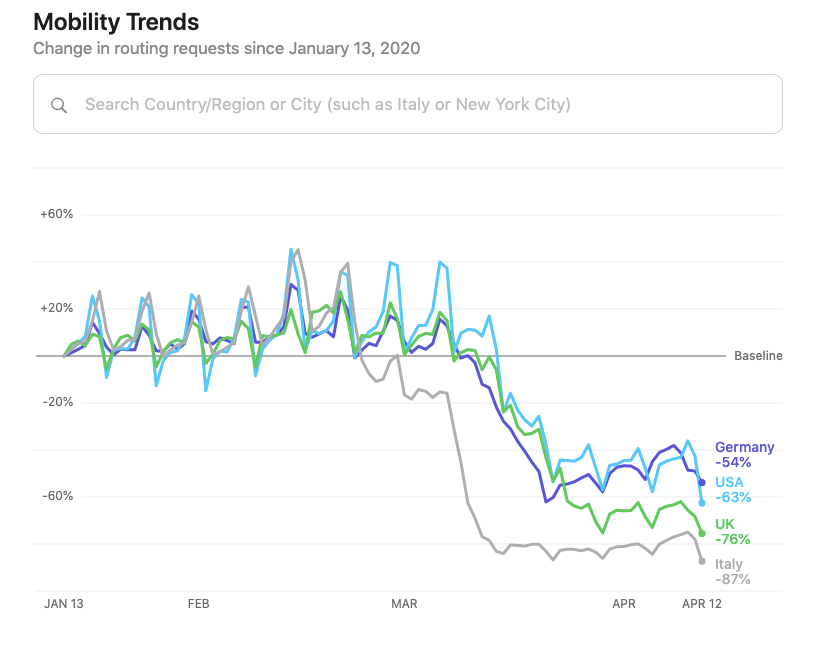 Apple Maps is working on a new feature that will show the nearest COVID-19 testing locations. Apple released a form this week calling on healthcare providers, labs, and other businesses that administer COVID-19 tests to submit their locations. It’s not yet clear how soon the feature will be available, but […] Apple has finally finished rolling out the latest changes in Apple Maps across the US, and will release these updates in Europe in the coming months, the company announced Thursday. New and enhanced features include better navigation accuracy, more interactive maps, and indoor maps. Apple touts user privacy as a […]
Tech Jan. 23, 2020, 10:08 PM

‘Why is my location wrong on my iPhone?’: 4 reasons your location isn’t accurate and how to fix it

If your location is wrong on your iPhone, there are a number of ways you can fix it to get a more accurate location. Make sure location services are enabled for the app you’re using, and that both the app and your iOS are fully updated. You can also try […]
Tech Nov. 22, 2019, 3:24 AM

Apple has invested “billions of dollars” in Apple Maps since the app was introduced in 2012, the tech giant disclosed this week. Apple Maps has been the target of harsh criticism from users since its release, but Apple has continued to add features that make it a stronger competitor to […]
Tech Oct. 23, 2019, 7:48 AM

Here’s what the arrow icon means on your iPhone for location tracking, and how different apps use location services

When the arrow icon appears in the upper right corner of your iPhone, it means that an app is using location services. There are a few variations of the arrow icon, and different types or colours mean that your location has been accessed in different ways. It’s easy to find […]
Tech Oct. 19, 2019, 3:28 AM

To share your ETA in the Apple Maps app on your iPhone, you’ll need to tap the “Share ETA” button, which appears once you start navigating. Apple Maps can share your ETA with anyone in your contacts list, and anyone you’ve shared with will be able to track your progress […] 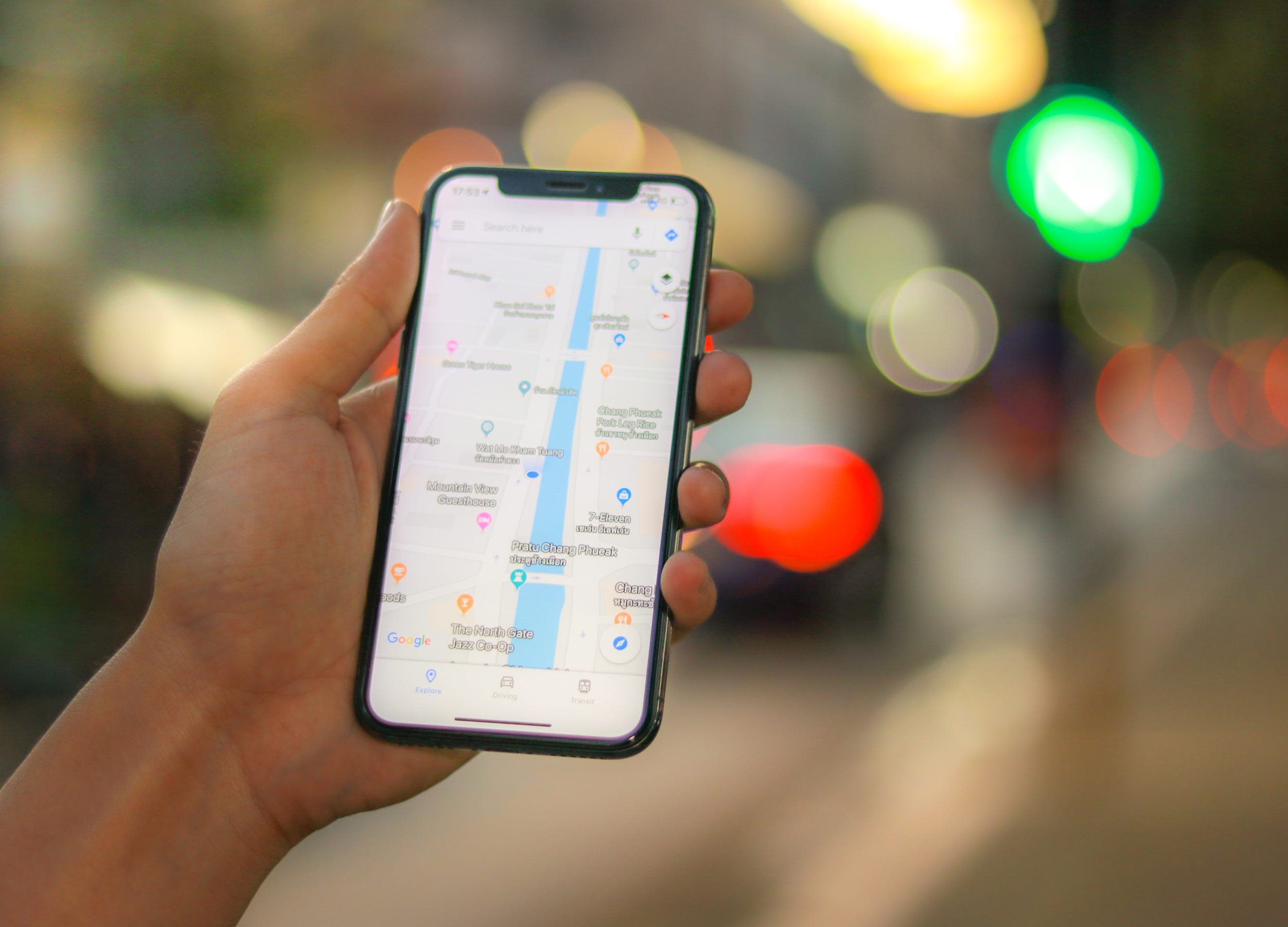 You can use Look Around in Apple Maps on an iPhone as a new feature of iOS 13. Look Around, like Street View on Google Maps, allows you to see real images of different locations as you navigate. If Look Around is available for a specific location, you will see […]
Tech Sep. 21, 2019, 11:39 PM

Apple on Thursday released iOS 13, the newest version of its iPhone operating system, to the public. iOS 13 has a ton of improvements and quality-of-life features that make using an iPhone much easier, or more pleasant. Unfortunately, not everything is an improvement, and Apple could have certainly done more […]
Tech Aug. 2, 2019, 6:07 AM

How to change your default home address on an iPhone, in both Google Maps and Apple Maps

The iPhone is an incredible piece of hardware, but apps unlock its true potential. I own over 200 apps on my iPhone X, but there are only 11 I couldn’t really live without. Visit Business Insider’s homepage for more stories. My iPhone X is my most used gadget. It’s my […]
Tech Jul. 6, 2019, 5:38 AM

The 5 best features coming to Apple Maps in iOS 13

Apple Maps is getting a major overhaul in iOS 13 that brings a new redesigned map and other features. It will be easier to get directions to favourite places at a glance, and Apple is adding its own answer to Google’s Street View, among other additions. Visit Business Insider’s homepage […]
Next Page »