These are Insider's biggest healthcare stories for August 18. 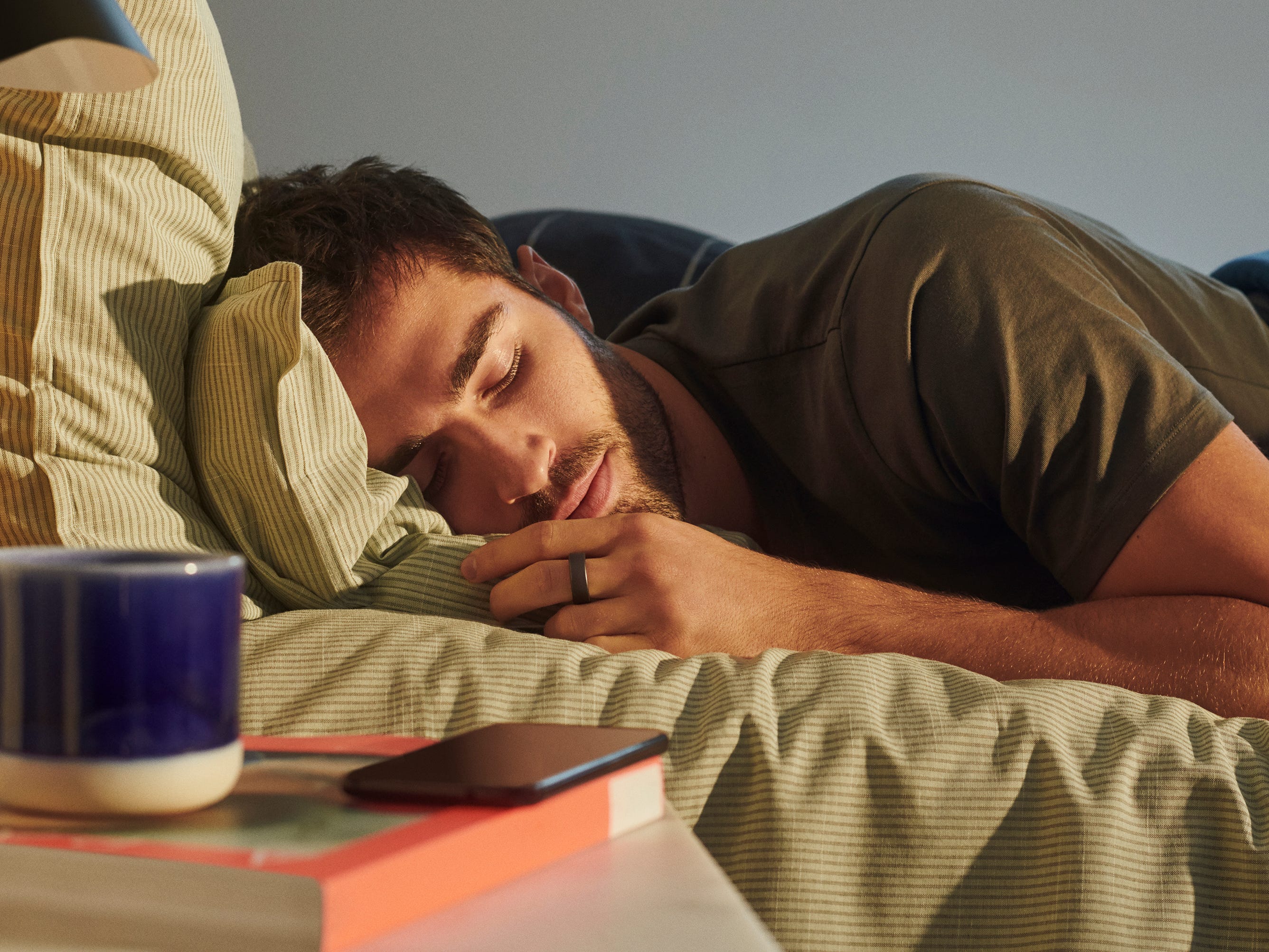 These are Insider's biggest healthcare stories for the week ending April 30. 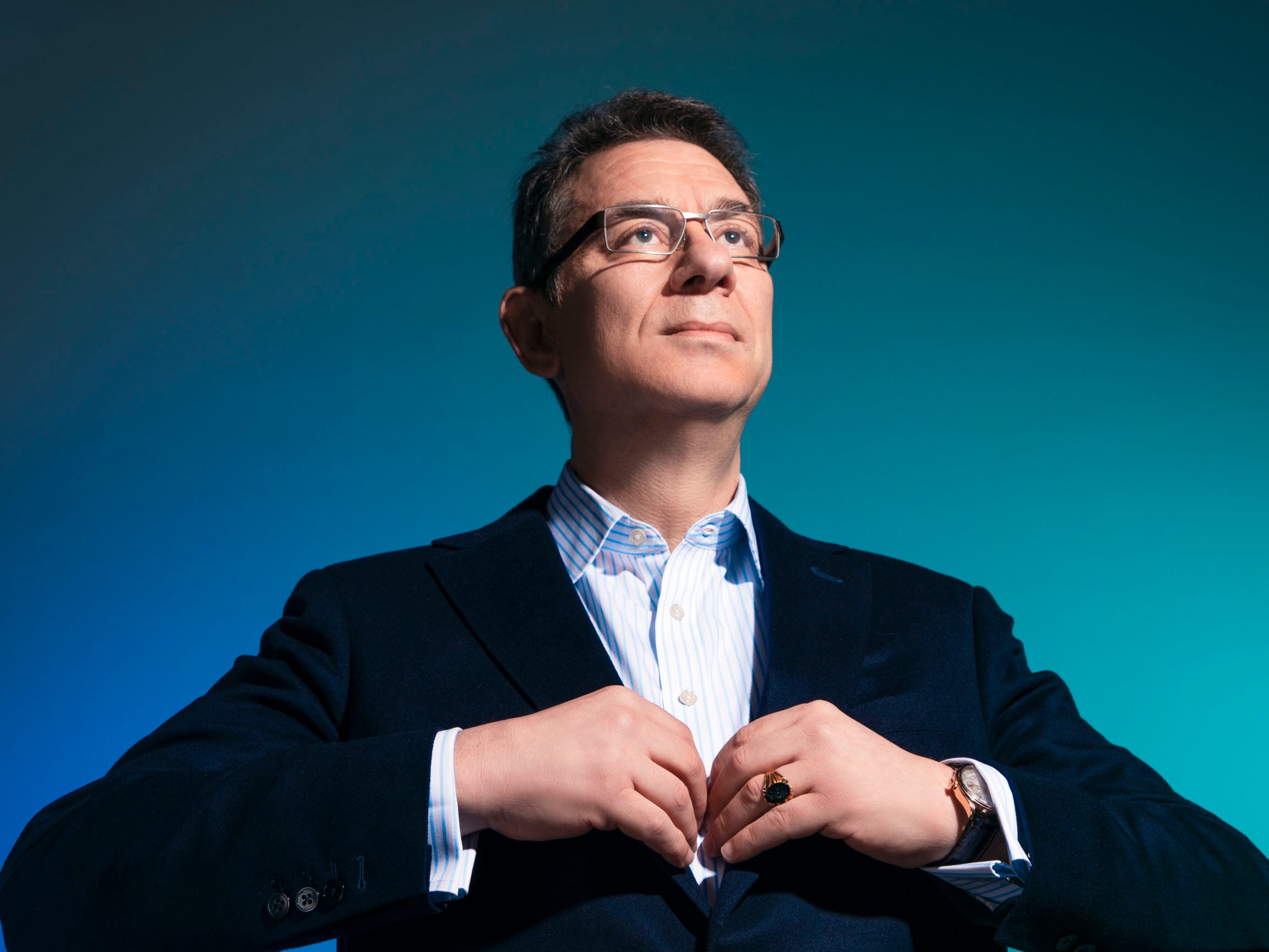 Megan Rapinoe has been kneeling in protest of police brutality against since late 2016, shortly after Colin Kaepernick created the demonstration. 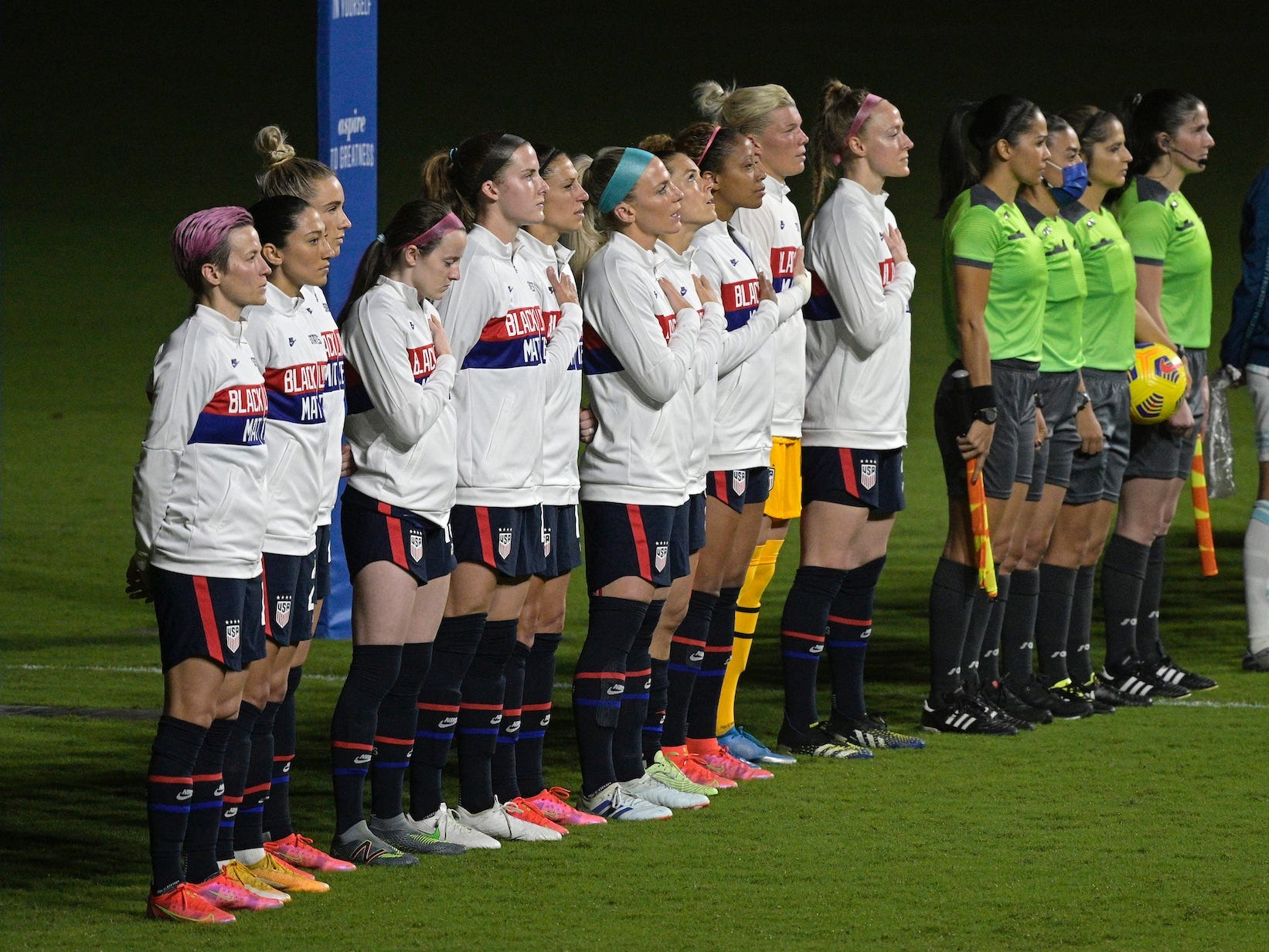 The New York Liberty, Los Angeles Sparks, Atlanta Dream, and Indiana Fever have struck up a historic deal with Anthem to help their communities. 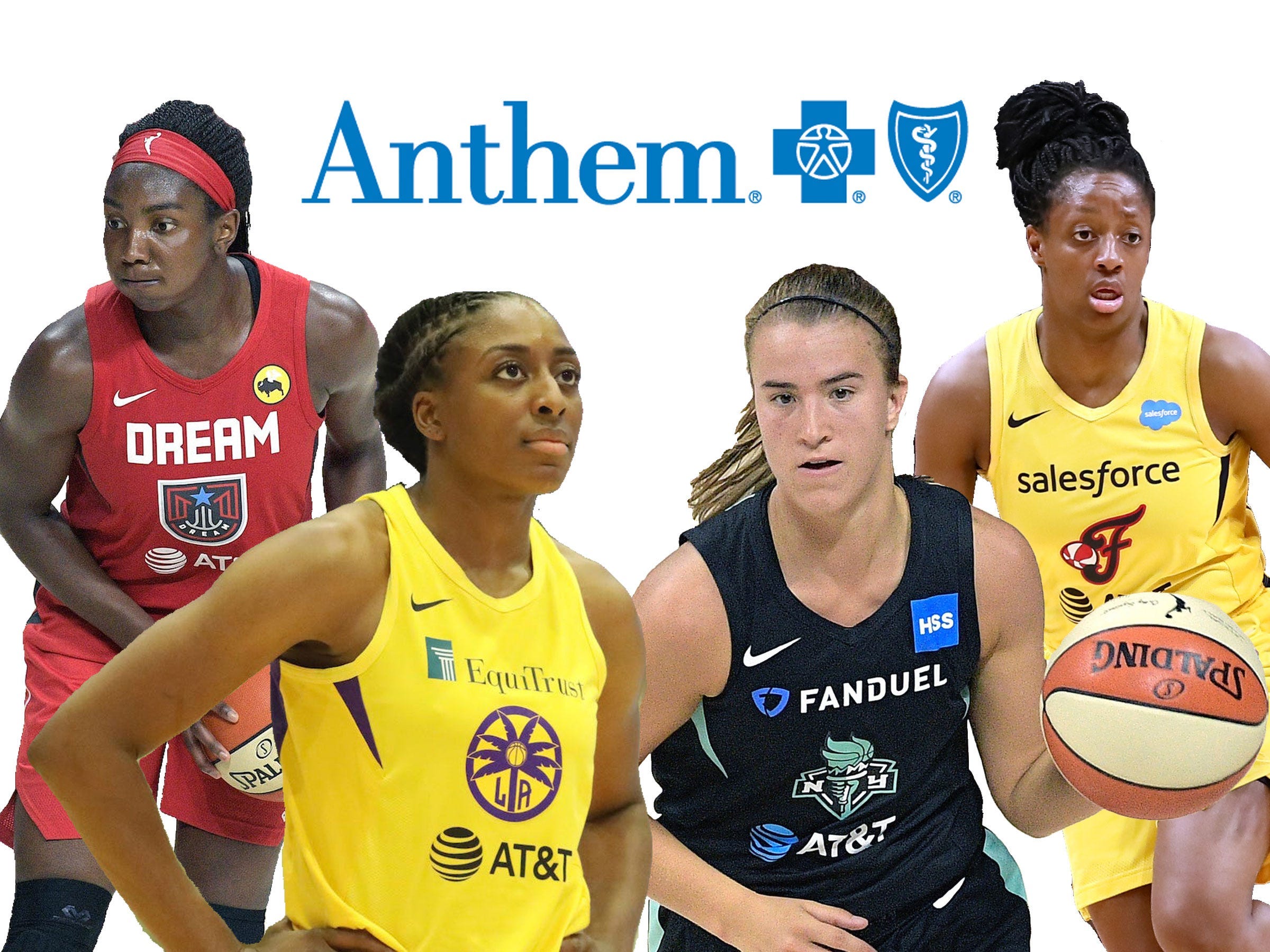 Dispensed: Sanofi’s new plan, UnitedHealth’s growing bet on medical care, and why Anthem isn’t getting into the primary care business

Hello, Welcome to Dispensed, Business Insider’s weekly healthcare newsletter in which we have officially consumed enough holiday treats for a lifetime. It’s been a busy week on the desk – I made a very quick trip up to Boston while our editor Zach Tracer spent some time in D.C. Let’s […]
News Aug. 3, 2019, 5:00 AM

Dispensed: Insurers will now cover a $2.1 million drug for kids, the pharma industry’s AI ambitions, and a caravan to Canada in search of cheaper insulin

Hello, Welcome to Dispensed, Business Insider’s weekly healthcare newsletter, and happy August! I hope everyone’s taking the month to do some much-deserved relaxing. It felt like a politics-heavy week for us here on the BI healthcare desk. For starters, we spent our week running around covering some of the proposed […]
Tech Jul. 24, 2019, 9:18 PM

2019 in technology, thus far, has been a bit of a mess. Whether we’re talking about spectacular flame-outs like Samsung’s $US2,000 Galaxy Fold smartphone or trend-indicating “updates” like the newest Apple iPod, the disappointments have been surprisingly frequent. We’ve collected some of the biggest tech missteps in 2019. Visit Business […]
News May. 10, 2019, 9:40 PM

A Chinese man has been charged with orchestrating the largest healthcare data hack in US history, which hit 79 million Anthem customers. Wang Fujie, 32, was charged with conspiracy to commit fraud and wire fraud, and two counts of intentional damage to a protected computer. Prosecutors say Wang stole social […]
Tech May. 10, 2019, 12:13 AM

Video games are a multi-billion-dollar, international industry; the once-niche medium has gone mainstream. Video game development, however, remains stuck in the past – game developers across the spectrum report archaic business practices. The issues with game development have come to a head in the past six months, with repeated reports […]
Tech Mar. 10, 2019, 12:00 AM

The first huge game of 2019 was supposed to be “Anthem,” a brand-new game from EA’s acclaimed BioWare studio Instead, “Anthem” is the latest example of hype and marketing leading to extraordinary backlash. Worse, after launch, the game has been plagued by major issues. What went wrong with “Anthem”? That’s […]
Tech Mar. 6, 2019, 6:06 AM

One of 2019’s biggest blockbusters so far, “Anthem,” has a crazy bug on PlayStation 4. The bug both crashes the game and outright turns off the player’s PlayStation 4 console. As a result, Sony is reportedly offering full refunds of the game with no questions asked. EA said it is […]
Tech Feb. 23, 2019, 10:00 PM

‘Anthem’ is the definition of a blockbuster video game, but that doesn’t make it fun

“Anthem” is a multiplayer third-person shooting game developed by BioWare, the creators of “Mass Effect.” Players pilot a mechanised suit of armour resembling something out of Marvel’s “Iron Man.” “Anthem” is designed to be an ongoing service with daily updates to keep players engaged after the main story ends. The […]
Tech Feb. 18, 2019, 2:00 AM

Electronic Arts is a massive video game publisher, responsible for major franchises like “Madden,” “FIFA,” and the upcoming “Anthem.” EA also publishes “Apex Legends,” the latest blockbuster hit in the nascent Battle Royale genre popularised by games like “Fortnite.” The sudden release and impact of “Apex Legends” is a major […]
Tech Feb. 14, 2019, 4:24 AM

‘It’s been a long road to get here’: BioWare’s Mike Gamble on the launch of ‘Anthem,’ and what the team learned from that rocky demo

Starting this week, the first huge game of 2019 is finally available: “Anthem” launches on February 15. Ahead of Friday’s launch, Business Insider spoke with lead producer Mike Gamble about the game’s rocky first demo weekend and what to expect from the full game. Yes, we also spoke about that […]
Tech Feb. 11, 2019, 1:00 AM

The 6 hottest video games in a surprisingly action-packed February

It’s just weeks into the new year and we’re already waist-deep in major new games. February kicked off with the surprise announcement-slash-launch of the excellent “Apex Legends” on PlayStation 4, Xbox One, and PC. The game’s already a breakaway hit, with over 10 million players. Several other blockbuster titles are […]
Tech Feb. 1, 2019, 4:57 AM

Video games should not require a spreadsheet to figure out when you can buy them. As game publishers have struggled to extract more profits from increasingly expensive video-game productions, some have turned to complex “early-access” programs. EA’s upcoming blockbuster debut “Anthem” is the latest example of this phenomenon. At the […]
News Jan. 31, 2019, 2:28 AM

A huge health insurer just cut ties with a key rival in a move that could save it $4 billion a year, and the stock is soaring

The first major new game of 2019 from the studio behind “Mass Effect” and “Dragon Age” is coming to PlayStation 4, Xbox One, and PC in February. The game is named “Anthem,” and it sounds a lot like EA’s version of the massively popular Activision game “Destiny.” The first chance […]
Tech Jan. 4, 2019, 5:03 AM

2019 looks like another huge year for video game fans. Between “Kingdom Hearts 3” in January and “Anthem” in February, the first few months of 2019 are packed with major game launches. The first quarter has become a kind of junior holiday season, where major game publishers launch major games […]
Next Page »