Apple’s longtime head of marketing is stepping aside, marking the 3rd high-profile leadership shakeup at the company in the last 18 months

Apple’s longtime head of marketing, Phil Schiller, is stepping aside, Apple announced Tuesday. Schiller will remain at the company as an Apple Fellow, while another longtime employee, Greg Joswiak, takes his place. The change marks the third high-profile leadership shakeup since early 2019 and comes as Apple is facing government […] 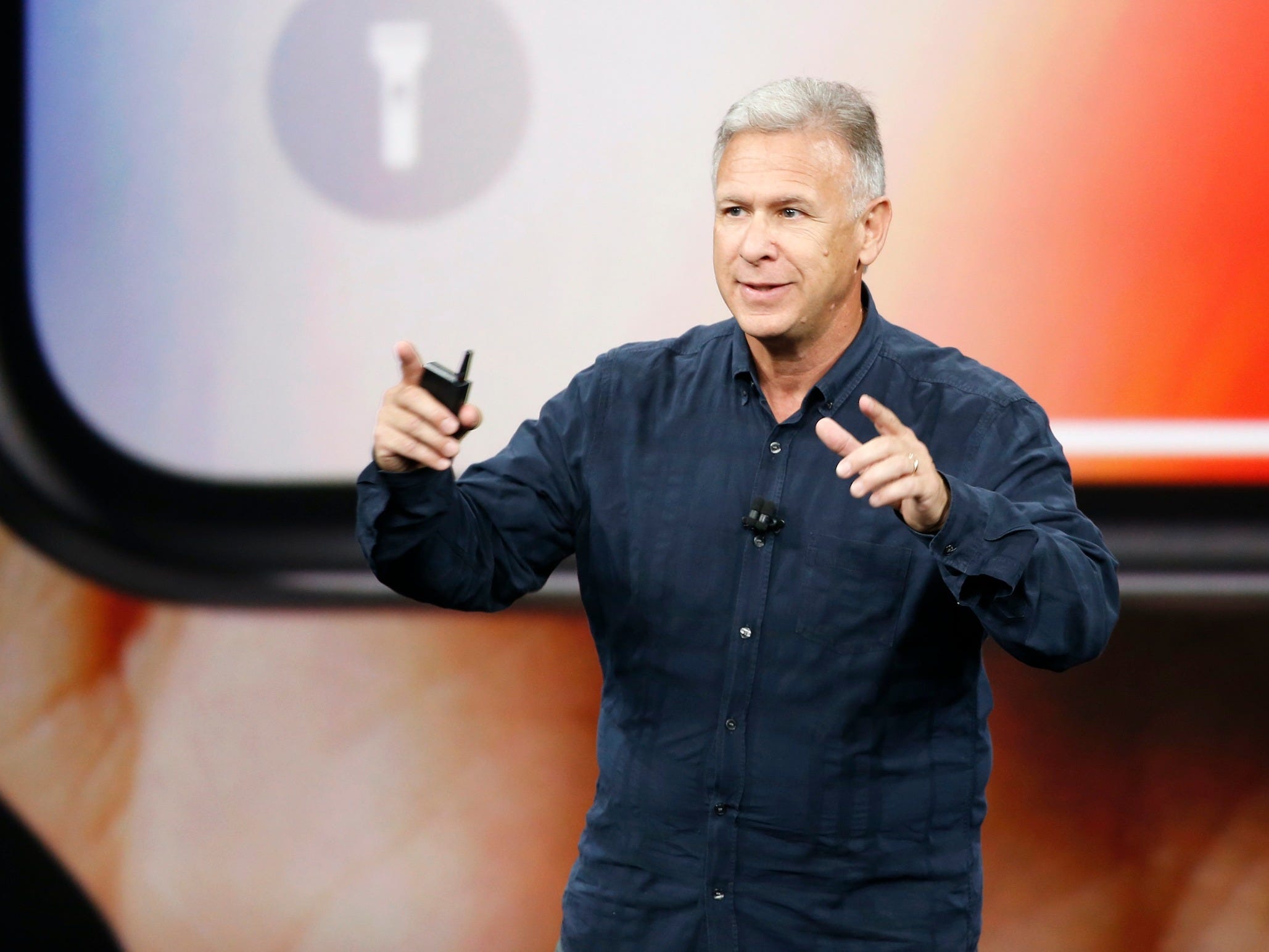 The first Apple retail stores opened their doors in May 2001. The first stores had a mix of furniture, hawked deals on third-party products, and had dedicated Genius Bars where people could go for tech support. Since then, Apple had made the stores look sleeker and more modern and the […] 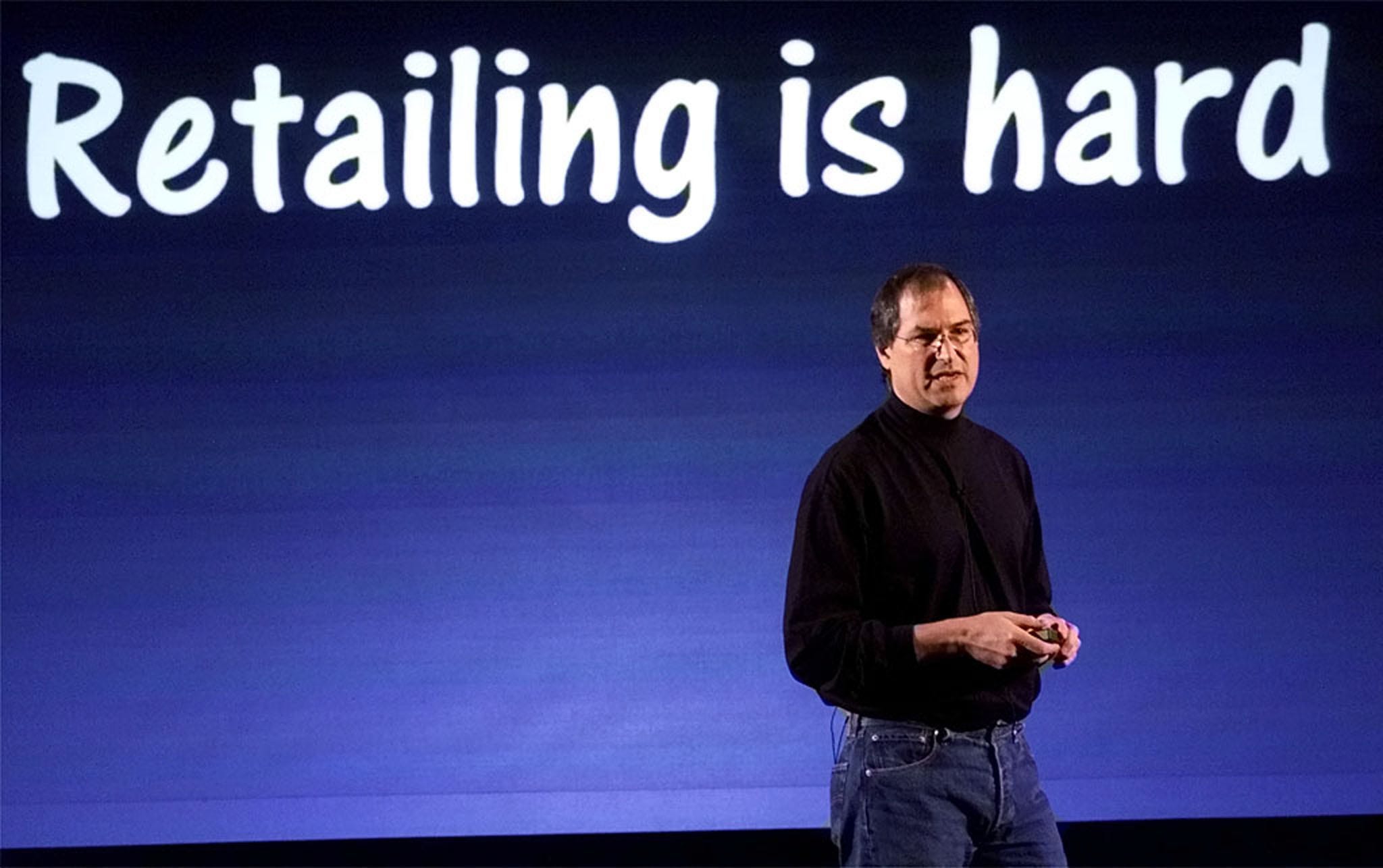 Apple’s retail stores are often the public face of the company, the branch of the tech giant that’s responsible for acquainting customers with the firm’s sprawling product line. In recent years, employees have started to feel like the culture and spirit of the Apple Store has deviated from its original […] How to succeed at work, according to Angela Ahrendts, who was one of Apple’s highest-paid executives

Angela Ahrendts, Apple’s former retail chief, discussed the importance of leaning into your talents at work on LinkedIn’s “Hello Monday” podcast. It’s a lesson that Ahrendts says she passes on to her children. Understanding your gifts and focusing on them can help you bring your most valuable contributions to the […] Between new products, services, and personnel changes, the first seven months of the year have been extremely busy for Apple. We’ve rounded up the company’s biggest announcements of the year so far. Visit Business Insider’s homepage for more stories. Apple is having a busy 2019 so far. In the first […]

Apple design chief Jony Ive is leaving. Ive is the latest of several recent Apple veterans to announce their departure. Here’s who’s left and who could be next. Visit Business Insider’s homepage for more stories. Apple lost its longtime design guru on Thursday with the news that Jony Ive is […] Sheryl Sandberg, Marissa Mayer, and Meg Whitman are some of the most powerful and wealthy women in tech whose fortunes have been entirely self-made. Forbes recently released its list of America’s richest self-made women, and 23 of the 80 women made their money in the tech world. These are the […] Apple’s retail stores are all over the world – the international brand ambassador for Apple products. In recent years, Apple stores have abandoned traditional structures like checkout counters and the iconic “Genius Bar” in favour of roaming employees equipped with iPads. On a recent visit to get a Mac computer […] Former Apple retail chief Angela Ahrendts recently left the company after five years, and she revealed the three biggest lessons she learned during her tenure during an interview with LinkedIn’s Hello Monday podcast. Those lessons include never forgetting where you came from, moving fast, and never forgetting that you have […] Apple’s head of retail Angela Ahrendts left the company in April and was replaced by Deirdre O’Brien, previously Apple’s head of human resources. One former executive told Bloomberg reporter Mark Gurman that O’Brien “has her work cut out for her.” Bloomberg reports that Apple’s stores have become a growing concern […] Apple’s new head of retail just got about $8 million in stock grants, and she could be paid even more if Apple crushes it

Apple has granted its new head of retail about $US8 million in restricted stock, according to SEC filings. The number of shares Deirdre O’Brien can collect could go up based on Apple’s performance. Still, it’s less than the previous retail head Angela Ahrendts was paid, which was about $US170 million […] In honour of Angela Ahrendts’ departure from Apple, here’s a look at what the company was like before she joined

Apple announced this week that its retail chief, Angela Ahrendts, is leaving the company to embark on “new personal and professional pursuits.” Given her five-year run at Apple, we thought it would be interesting to look back at how the company was doing just before Ahrendts arrived there 2014. (Apple […] Angela Ahrendts transformed Apple’s stores. But will the changes stick?

Apple’s head of retail, Angela Ahrendts, is leaving the company. In her five-year tenure, she spearheaded major changes to Apple’s retail division, including a store redesign and integration between online and physical sales. But there were also several missteps, including crowded stores and public opposition to new Apple locations. At […] Apple operates more than 500 retail stores in 25 countries, with each location raking in millions of dollars every year – more revenue per square foot than any other US retailer The company prides itself on each store’s remarkable design quality. Many are located in historic buildings, like a once-famed […] Apple’s retail chief, Angela Ahrendts, is leaving the company. Here’s how she rose from a small town in Indiana to become the highest-paid executive at Apple

Angela Ahrendts has served as Apple’s head of retail for the past five years. But in February 2019, Apple announced she was leaving the company. She didn’t take a typical path into the tech world – her last role was as CEO of Burberry. But Ahrendts has been the highest-paid […] Apple’s head of retail, Angela Ahrendts, will be added to Ralph Lauren’s board of directors in August. Ahrendts heads up Apple’s retail presence, but before joining Apple, she served as Burberry CEO and held executive-level positions at Donna Karan and Liz Claiborne. Ralph Lauren, who serves as executive chairman and […] How to dress like a tech billionaire for $200 or less

Silicon Valley executives may not be known for their fashion sense, but many of them have high-end taste. Mark Zuckerberg gets his signature grey T-shirts custom-made by an Italian designer; Evan Spiegel prefers $US450 sneakers; and everyone from Satya Nadella to Sundar Pichai to Kevin Systrom has been spotted in […]