Kentucky Gov. Beshear says ‘taking a horse dewormer is crazy’ amid spike in calls to poison control about ivermectin

"I really don't think this is a red or a blue issue, it is a fact versus fiction or a sometimes sane versus insane issue," Beshear said. 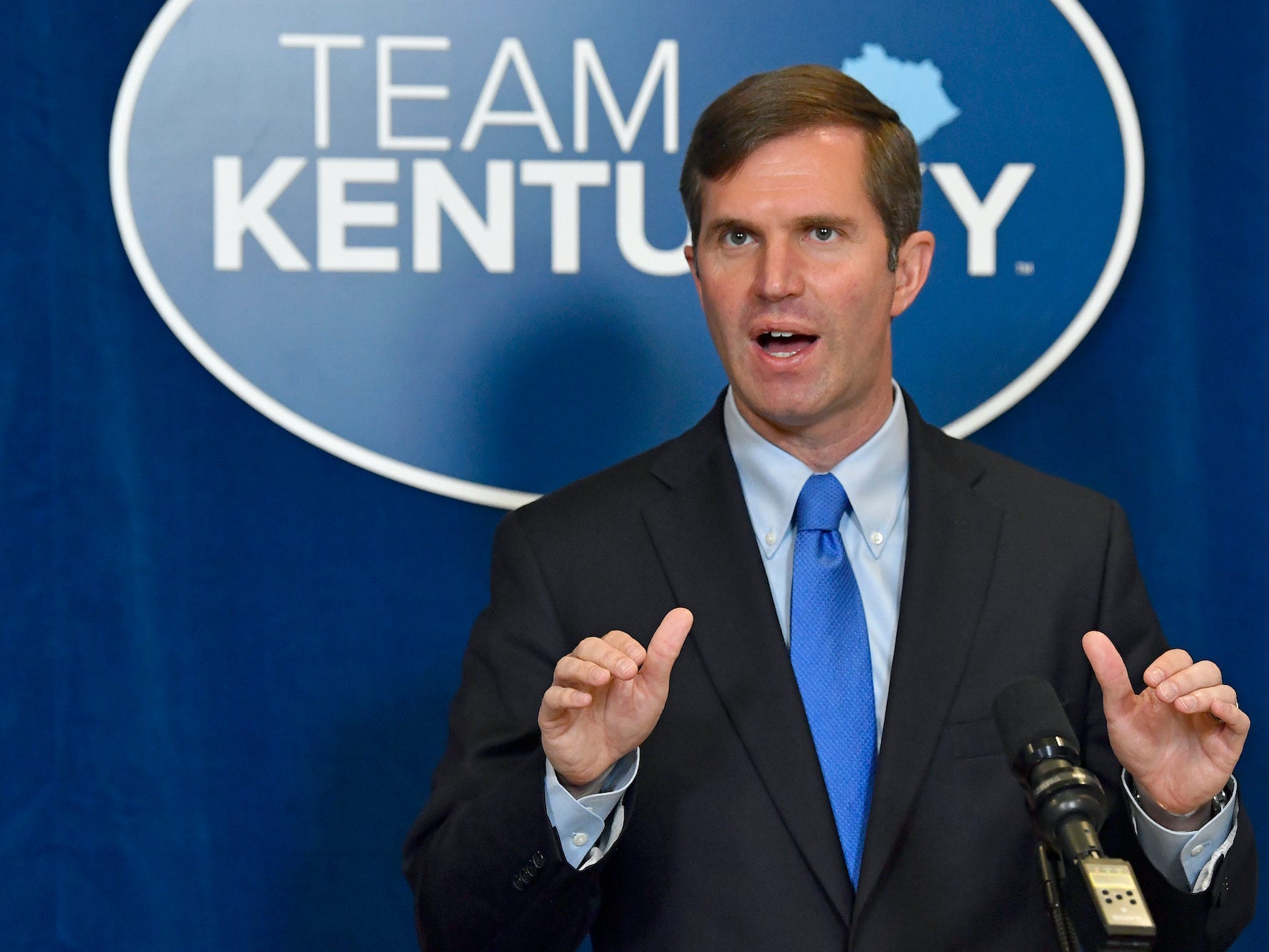 Gov. Beshear's statement comes after parents from a Catholic school filed a lawsuit after he issued a mask mandate in schools earlier this month. 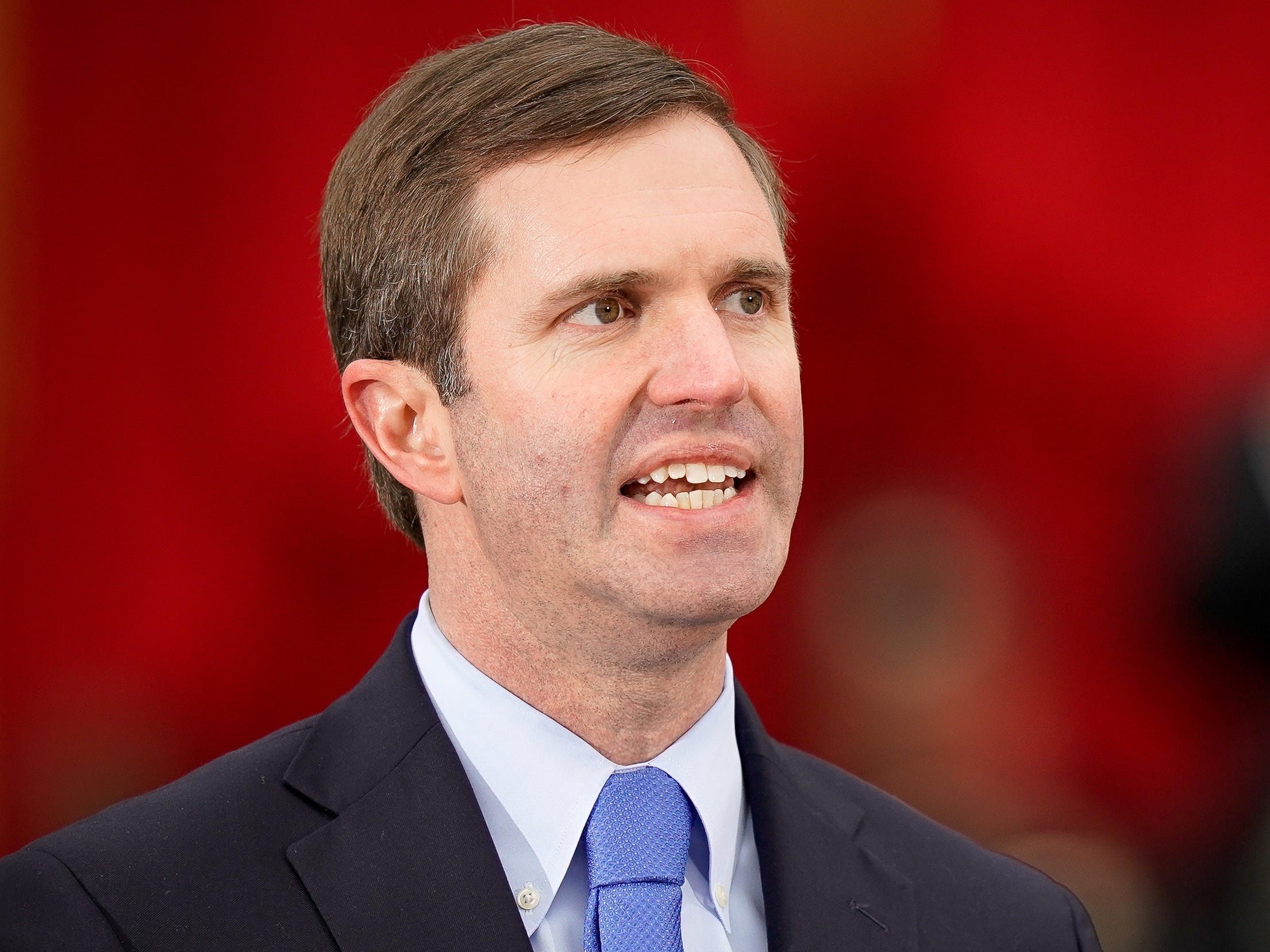 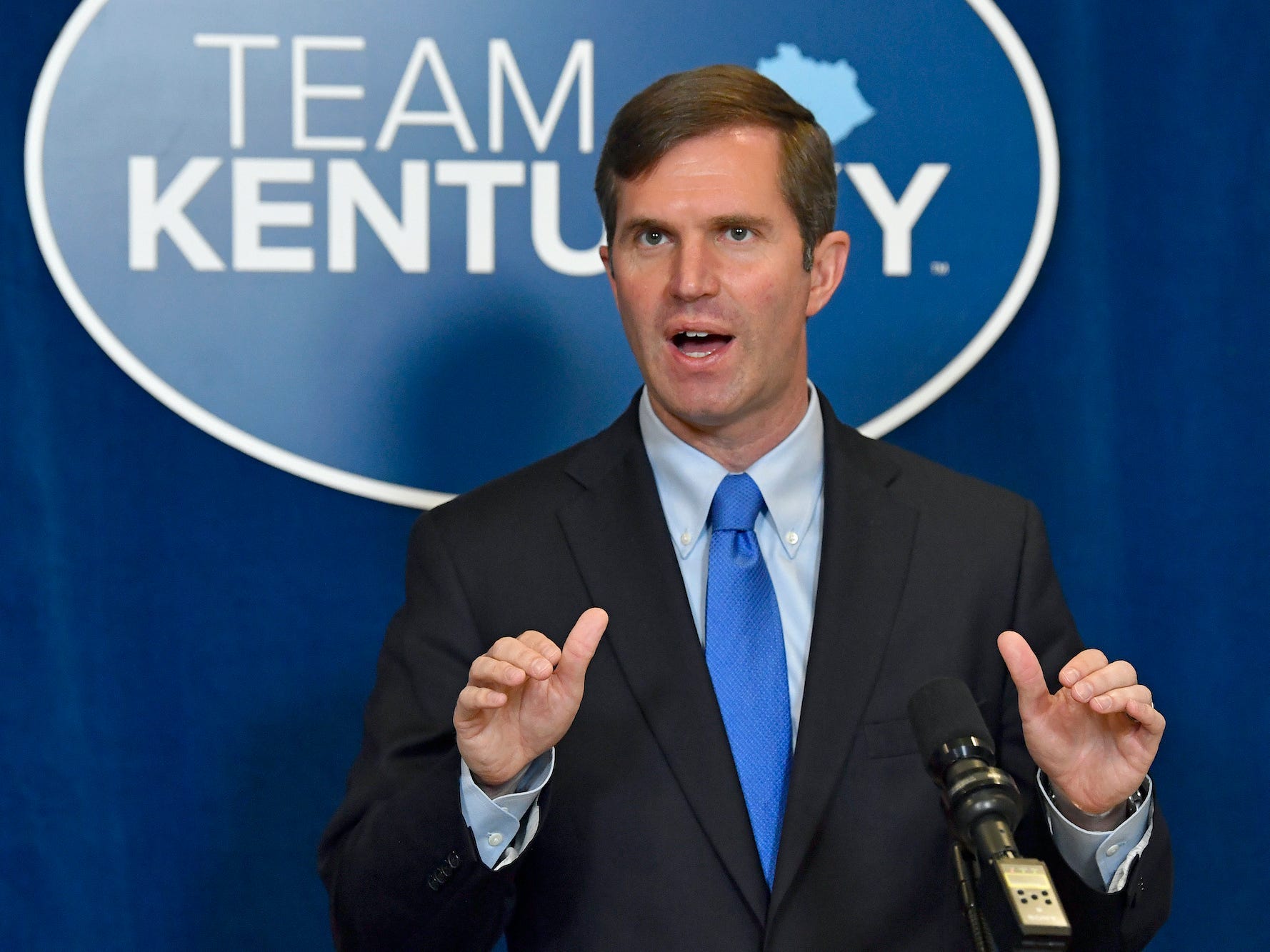 Dr. Birx told Kentucky governor she had ‘significant concerns’ about the state’s coronavirus case rise and recommended he close bars

Dr. Deborah Birx, the White House coronavirus response coordinator, recommended that the state of Kentucky close its bars and reduce restaurant capacity, the Lexington Herald-Leader reported. “We have significant concerns about the rising test positivity rate and the rising number of cases,” Birx told Gov. Andy Beshear and state health […] 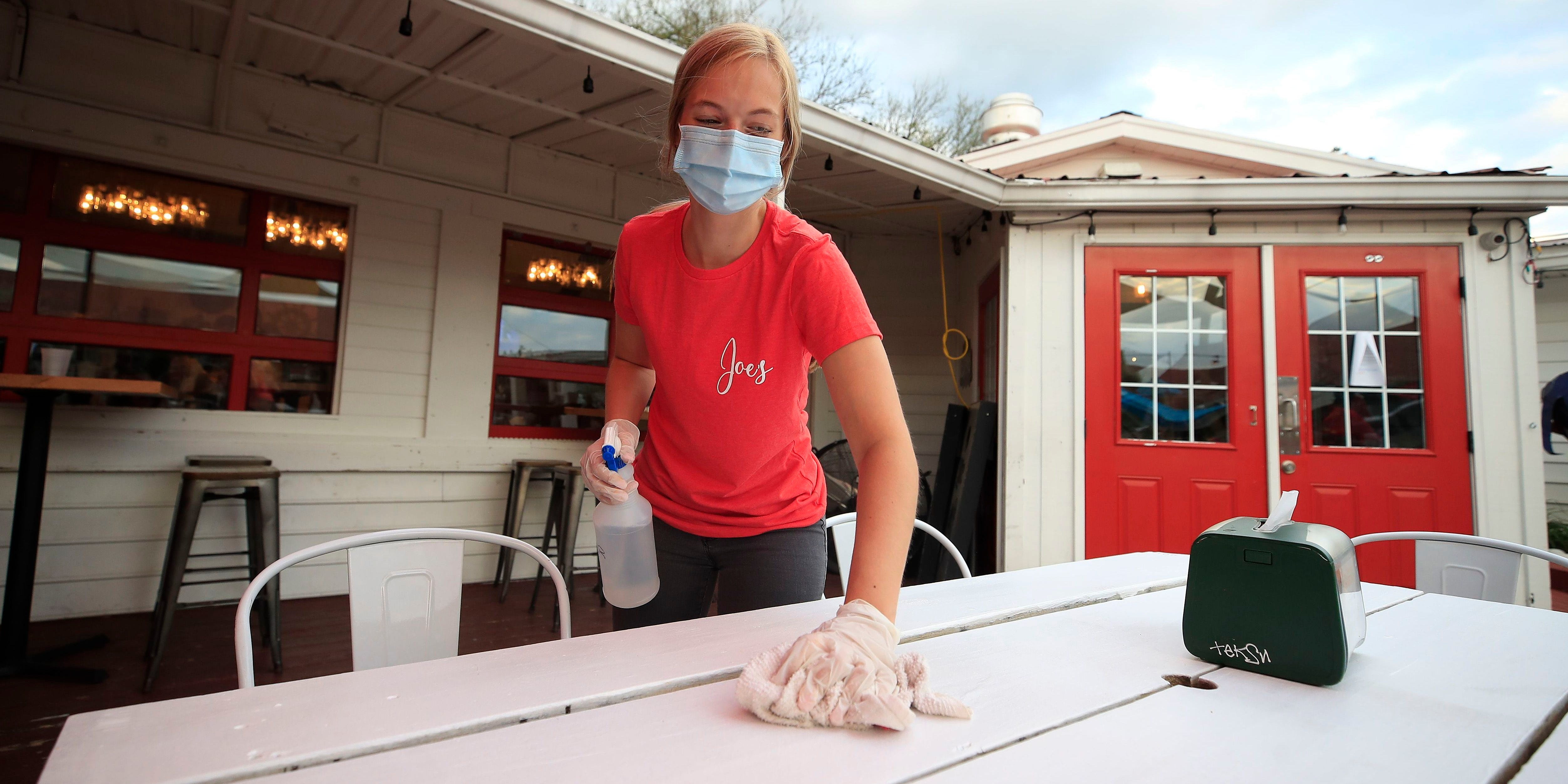 A Kentucky man with a cache of guns and hand grenades has been charged over Facebook comments threatening the governor, authorities say

A Kentucky man faces both state and federal charges after he admitted to making Facebook comments suggesting the governor be killed, court documents show. Kentucky Gov. Andy Beshear, a Democrat, has faced criticism from some residents over his strict coronavirus lockdown measures, which included a ban on in-person church gatherings. […] A young adult was infected with COVID-19 after attending a ‘coronavirus party’ in Kentucky, governor says

Kentucky Governor Andy Beshear said in a press conference on Tuesday that a person in their 20s tested positive for COVID-19 after attending a “coronavirus party.” He said the party was held by a group of young adults who were celebrating to intentionally disregard social distancing guidelines put in place […] ‘Listen up, dips–ts’: A Kentucky mayor gave a strong warning to citizens on Facebook that coronavirus is a ‘big f—ing deal’

As cases of COVID-19 rise in Kentucky, one mayor didn’t hold back in his warnings for citizens to take the pandemic seriously in an expletive-laden Facebook post. Gabe Brown, the mayor of Walton, Kentucky, posted a strongly-worded message in the Boone County Neighbourhood Group on Facebook. “Listen up dips–ts and […] 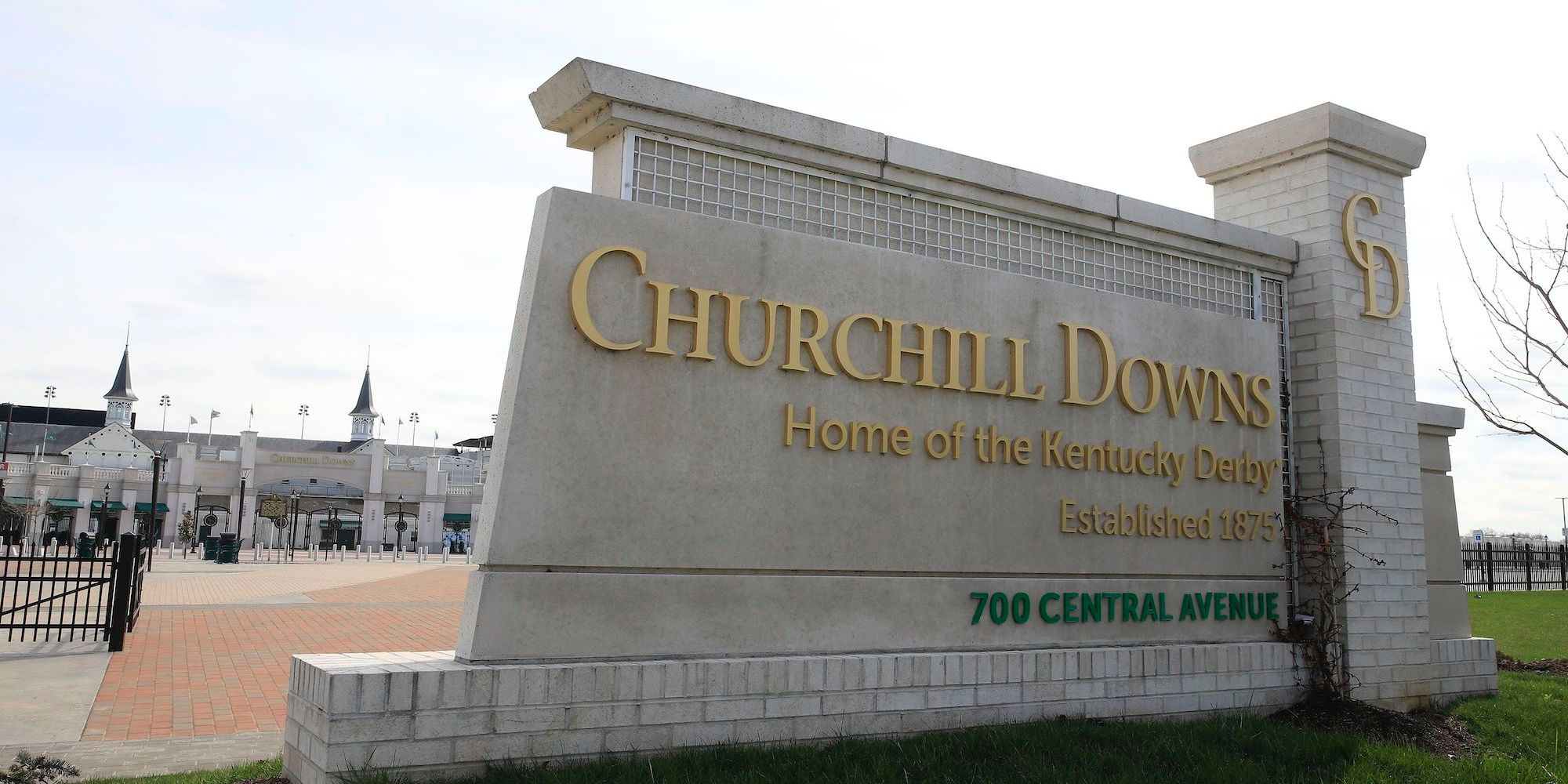 A Kentucky man with coronavirus refused orders to quarantine himself. Now sheriff deputies are stationed outside his door.

A Kentucky man who tested positive for the novel coronavirus initially refused orders to self-quarantine, and now has armed sheriff’s deputies stationed outside his door. Gov. Andy Beshear told reporters Sunday the man recently left a Louisville hospital against medical advice. Beshear also urged the state’s residents to “do the […]

Republicans have a new stress headache: Trump is not invincible

On Tuesday night, the Democrat Andy Beshear claimed a stunning victory in the gubernatorial race in the deep-red state of Kentucky, beating the incumbent, Matt Bevin, by 0.4 percentage points. Bevin’s loss will concern President Donald Trump, who rallied for the unpopular candidate in Lexington on Monday night. The election […] Democrat Andy Beshear is projected to defeat Gov. Matt Bevin, according to DDHQ. Beshear has declared victory, though Bevin has not yet conceded. Kentucky elects its governor Tuesday night, in a race with national implications. Insider has live coverage with up-to-the-minute data until the contest is called. Incumbent Republican Gov. […]