"The evidence of management misconduct at Evergrande is shocking," Left said in his original 2012 report. 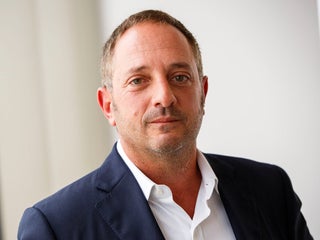 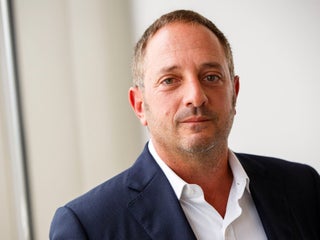 Andrew Left said his Citron Capital fund covered most of its GameStop short positions at a 100% loss. The short-seller warned Reddit traders to pay taxes on their GameStop profits. The video-game retailer’s shares soared another 130% in pre-market trading on Wednesday. Sign up here for our daily newsletter, 10 […] 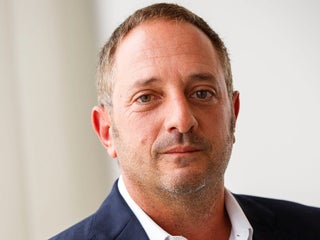 GameStop soared as much as 55% on Monday as retail traders continued to defy short-sellers and boost shares higher. Day-traders and Reddit users have pushed GameStop’s extraordinary rally into its third week, cheering on its latest gains and urging each other to keep buying. Short-selling firm Citron Research warned shares […] 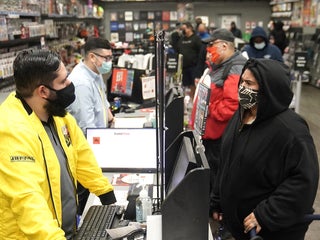 Lemonade stock fell as much as 11% on Thursday after a negative tweet from notorious short-seller Citron Research. The online-insurance platform has outpaced the market considerably since its July IPO with shares up more than 130%. Lemonade stock boasts a market cap in excess of $US9 billion and trades at […] 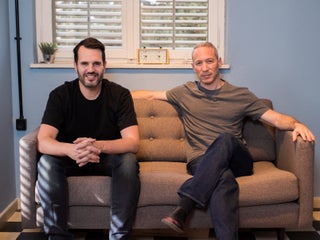 Fluidigm, a small-cap diagnostics company, surged as much as 42% on Wednesday after the FDA granted its COVID-19 saliva test emergency authorization. Fluidigm’s COVID-19 saliva test allows patients to avoid the more invasive nasal swab that has primarily been used to detect COVID-19 in a patient. According to Fluidigm, its […] 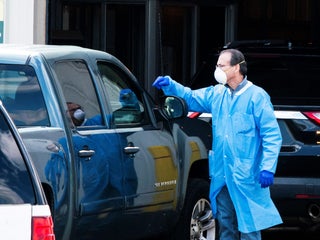 Famed short-seller Andrew Left is shorting the stock of Chinese online education provider GSX Techedu. Left told Business Insider that he thinks the company is exaggerating its profitability, and will ultimately be delisted by the New York Stock Exchange “The company is crazy stupid. If you believe their financials, then […] 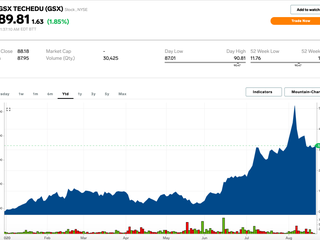 Sonos surged Monday after famed short-seller Andrew Left of Citron Research published a note that said Apple is likely to acquire the smart-speaker company. Citron expects shares of Sonos to surge roughly 130% from current levels, to $US30. The firm praises Sonos’ resilience against large cap tech competitors like Google, […] 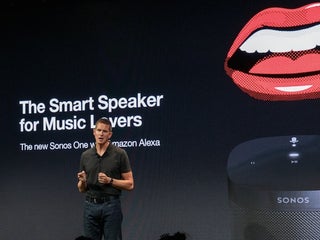 Tesla competitor Nikola is doomed to fall 40% in a month, famed short-seller says

Nikola Corp. has been on a tear since it went public last week, with the stock doubling in a single day as investors, hungry for another Tesla-like stock to invest in, piled into the name. At one point, Nikola Corp., which has yet to sell a single car or generate […] 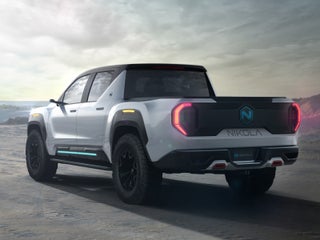 ‘Oh damn, I got my butt kicked’: Tesla shorts are reeling from the 350% stock rally ‘When it flushes, it’s going to flush hard’: Notorious short-seller Andrew Left explains why he’s betting against Tesla again — after saying he was done forever

Andrew Left, famed short-seller of Citron Research, is again shorting Tesla stock, he told MarketWatch Wednesday. Left’s comments come a day after Citron Research said in a Tweet that it had promised it wouldn’t short Tesla again, but “Even Elon would short the stock here.” “Whoever bought it at these […]

‘Even Elon would short the stock here’: A renowned short-seller is calling foul on Tesla’s record-shattering rally

Tesla shares have surged as much as 21% Tuesday, doubling year-to-date. Amid the rally, famed short-seller Andrew Left’s Citron Research tweeted that “even Elon would short the stock here if he was a fund manager.” Citron Research has flipped its position in Tesla many times. Watch Tesla trade live on […] A notorious short-seller pulls back on its bet against Netflix, saying international traction could boost the stock 20%

Andrew Left, the notorious short-seller who runs Citron Research, is pulling back on his bet against Netflix. Citron tweeted on Thursday that new data suggest international traction will boost the stock by 20% to $US350 per share. Traders betting against Netflix lost $US287 million in a single day in mid-October […] Netflix posted strong third-quarter earnings and subscriber growth on October 16, but shares tanked more than 36% over the following two months as the broader tech sector came under pressure. After bottoming at $US231.23 in late December, Netflix shares have surged by more than 45%. The company’s recent rebound is […] Twitter is “toxic” for women, short-seller Andrew Left said Thursday. He called it “the Harvey Weinstein of social media.” Left cited a study from Amnesty International that claims Twitter fails to “effectively tackle violence and abuse on the platform,” undermining women’s mobilization for equality and justice. He says Twitter’s stock […] Shares of Nio, seen as the Tesla of China, will rally to $US12, Andrew Left’s Citron Research said in a note on Monday. Left recently turned bullish on Tesla, and Monday’s note shows that his optimism about the electric-car industry also applies to Nio. Nio is “not just a car […] A famous short seller is considering starting a cannabis fund

Citron Research founder, Andrew Left said he’s considering creating a fund dedicated to the cannabis sector aimed at taking both long and short positions, BNN Bloomberg reported. The fund would begin with Canadian listed-pot companies and transition to more US based firms if they could be listed in US exchanges […] The Canadian cannabis producer Tilray has surged more than 800% since its initial public offering in July. Citron Research says the gains are “beyond comprehension.” The firm says it’s short the stock. Watch Tilray trade in real time here. The notorious short-selling firm Citron Research has doubled down on its […]