Proceeds from the auction will go to the Amy Winehouse Foundation, a youth organization founded after the singer died in 2011. 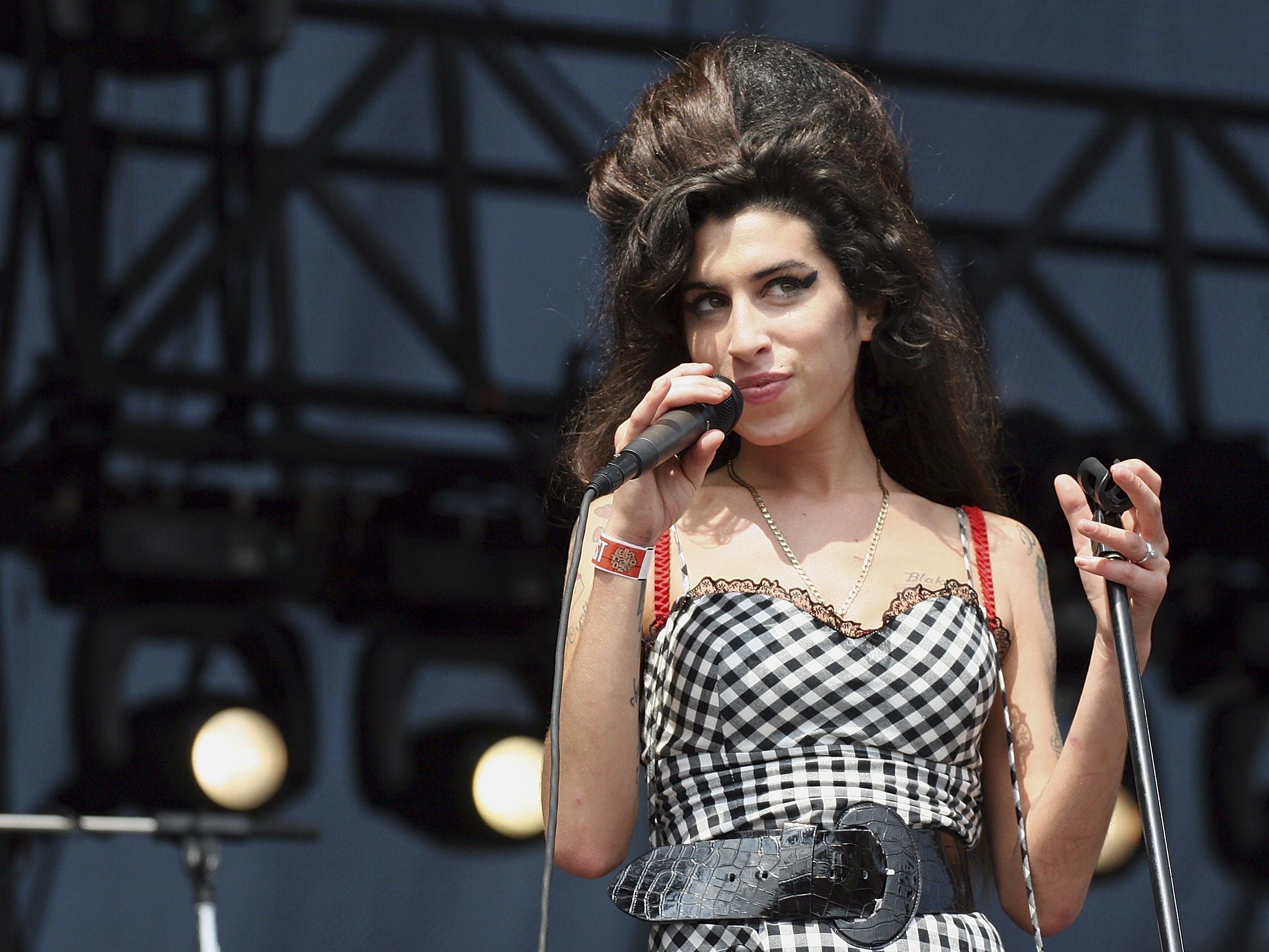 VIDEO: The 2015 film, "Amy", based on the life of singer Amy Winehouse, has become the highest-grossing British documentary film ever, and it just won the Oscar for best documentary. VIDEO: The 2015 film, "Amy", based on the life of singer Amy Winehouse, has become the highest-grossing British documentary film ever. We recently sat down with the director Asif Kapadia, who discussed the transformations that take place in the film. ‘Falling in love with Amy Winehouse’ — the director of the hit documentary, ‘Amy,’ on how the genius star captivates even those who thought they didn’t care

VIDEO: The new trailer for the documentary "Amy" is here. It's been nearly four years since she died. "She was a really good person. And horrible in other respects." [credit provider=”flickr.com”] A new inquest into the death of troubled British singer Amy Winehouse will be held in January after it emerged that the original coroner was not qualified for the job, an official said Monday.The Grammy award-winner was found dead at her north London home in July 2011 following […] The London home in which singer Amy Winehouse died sold for $3.2 million at auction this week, according to NBCNEWS.com. Warnerr BrothersEd Helms and Heather Graham are reunited for “Hangover III” and it feels so good.Good news, “Hangover” fans. Heather Graham may have sat out the super successful film’s sequel, but the actress will resume her role as loveable stripper Jade for the franchise’s third instalment . The movie, which […] When worldwide music sensation Amy Winehouse died of accidental alcohol poisoning in July, the 27-year-old was worth nearly $5 million, but did not have a will. Probate documents revealed Wednesday that Winehouse left assets totaling more than $6.7 million, but just $4.66 million after debts and taxes. A somewhat small […] Whoa, Someone Paid $70,440 For One Of Amy Winehouse’s Famous Dresses

[credit provider=”via WWD ” url=”http://www.wwd.com/fashion-news/fashion-scoops/winehouses-dress-auctioned-5400351?src=twitter”] The dress that the late British singer Amy Winehouse sported on her 2006 “Back to Black” album sold for $70,440 yesterday at London’s Kerry Taylor Auction (via WWD).The chiffon dress was designed by Disaya Sorakraikitikul, who is based in Thailand.

As a sad reminder to fans of her incredible talent, a music video was released this week for the first Amy Winehouse posthumous single. BEYOND THE GRAVE: Music’s Most Iconic And Best-Selling Posthumous Albums

[credit provider=”flickr.com”] Because of the nature of the music industry, artists often have songs — and sometimes entire albums — finished and waiting to be released.Thanks to these reserves, posthumous albums have become commonplace, allowing the industry to simultaneously pay tribute to an artist and capitalise on the attention surrounding […]