A woman said she saw an offensive charge on her bank statement after travelling with American Airlines. Kyetra Bryant said the charge on her statement read “African American, African service charge.” An airline representative told Insider they were “disturbed” and “immediately launched an investigation.” Visit Insider’s homepage for more stories. […]

Amani al-Khatahtbeh, a Muslim influencer and activist, said she was kicked off an American Airlines flight in Newark, New Jersey, because one passenger did not “feel comfortable” having her onboard. Al-Khatahtbeh and the passenger got into a heated interaction while in line for airport security, she said. When she boarded […] 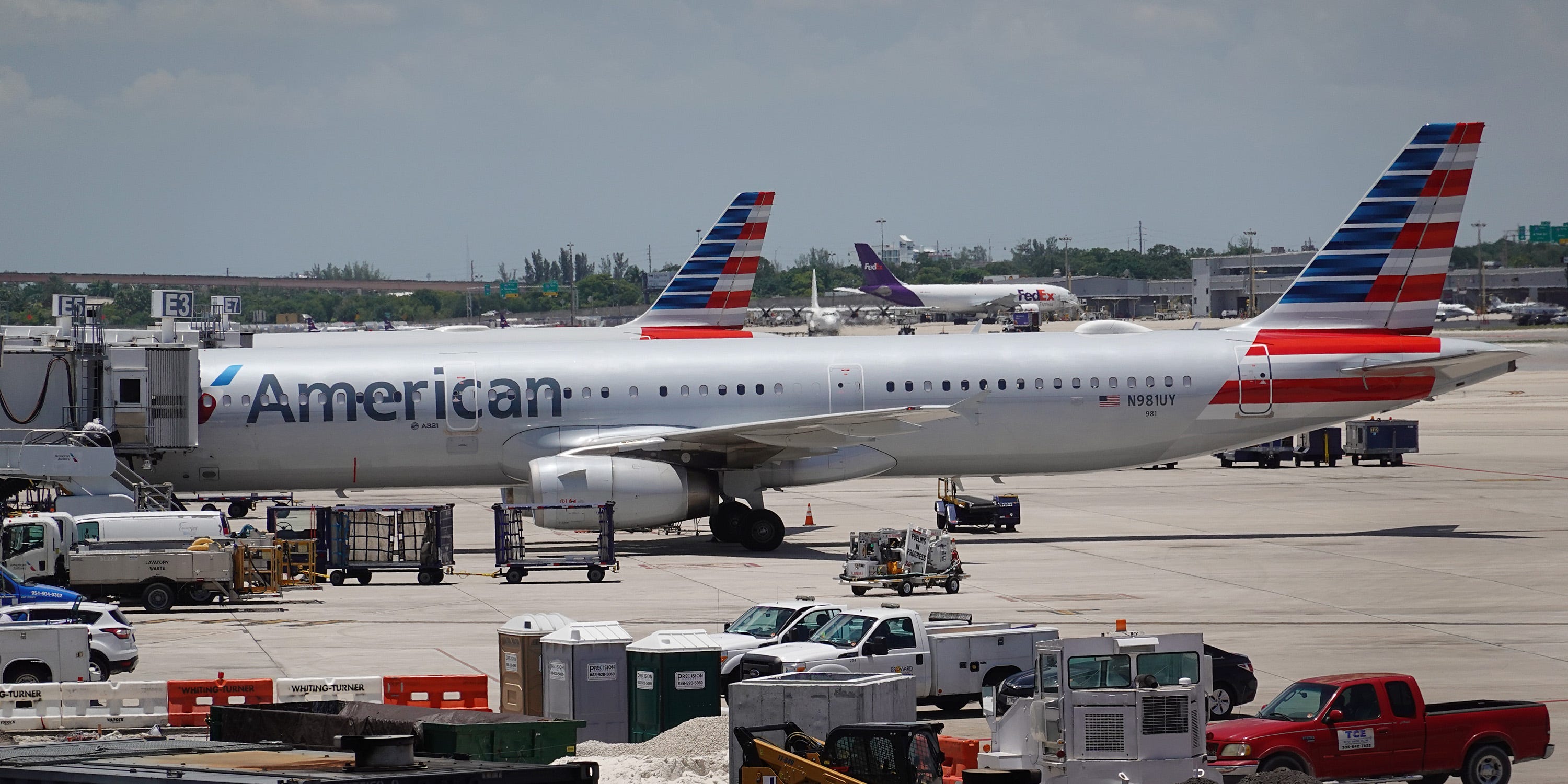 Thirteen teenagers ages 15 to 17 were taken to a hospital after falling ill on an American Airlines flight travelling from Miami to Boston. The teens were part of a group returning to Boston from Ecuador and had eaten at the same restaurant the night before. In total, 16 people […]

An American Airlines passenger touched people’s faces, sprayed them with an unknown substance, and then jumped out of the plane

An American Airlines passenger was taken into custody on Friday after touching people’s faces, spraying them with an unknown substance, and then jumping out the plane after landing. Citing a Phoenix Police statement, The Arizona Republic reported that the 25-year-old man was acting strangely during the flight from Minneapolis. Police […]

Yossi and Jennie Adler say they and their 19-month-old daughter were kicked off an American Airlines flight at Miami International Airport on Wednesday. Yossi Adler said they were told that other passengers had complained about the family’s body odor. He insisted the family does not have body odor, despite American […]

Adam and Heather Halkuff, and their five sons under the age of 16, were travelling from Dallas to Kansas City, Missouri, earlier this month. But they were taken off the plane during the boarding process when one of their sons, who has autism, had a meltdown. American Airlines said in […]