5 of the wildest conspiracy theories behind Amelia Earhart’s disappearance

Amelia Earhart was one of the most famous aviators in the world when she vanished in 1937. Her disappearance remains one of the greatest unsolved mysteries of all time. From her being a spy to her having lived in New Jersey under an assumed identity, many conspiracy theories surround her […] 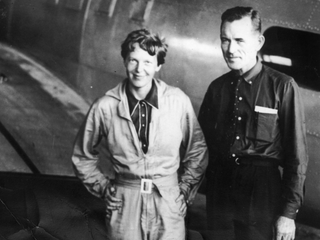 This self-driving boat explores the mysteries of long-lost shipwrecks, and joined the search for Amelia Earhart’s plane

University of New Hampshire’s autonomous boat, Bathymetric Explorer and Navigator (BEN), finds lost shipwrecks. BEN maps the ocean floor in spots that are too shallow or dangerous for divers or traditional ships. BEN has also been involved in the search to find what happened to Amelia Earhart. Visit Business Insider’s […] 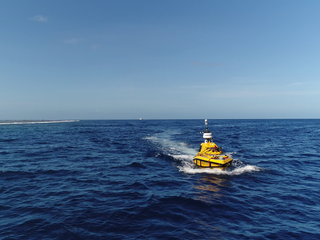 The Smithsonian just released 2.8 million free digital images of its collection in an ‘unprecedented’ move. Here are some the most iconic.

The Smithsonian Institution is putting 2.8 million images online for anyone to access for the first time ever. The online open-access platform has images from all 19 Smithsonian museums, plus research centres, archives, and the National Zoo. The Smithsonian says it will add 200,000 more images by the end of […] 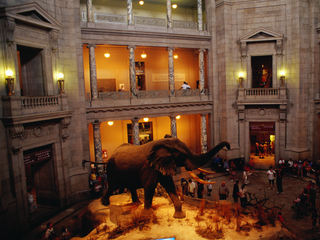 Investigators are using new scientific techniques to unravel the mystery of what happened to vanished aviator Amelia Earhart, born 122 years ago today

Amelia Earhart, born July 24, 1897, is one of history’s legendary aviators, and was the first woman to fly solo across the Atlantic Ocean. On July 2, 1937, her plane vanished in the Pacific Ocean as she was attempting to become the first woman to circumnavigate the world in a […] The 14 most well-known unsolved missing person cases in history

Amelia Earhart’s 122nd birthday is on July 24. She disappeared just a few weeks before her 40th birthday on July 2, 1937. No one knows what happened to her and her navigator Fred Noonan. They’re not the only people to vanish without a trace. Natalee Holloway hasn’t been seen since […] Why it’s so hard to lose a plane

Amelia Earhart disappeared in her plane over 80 years ago, but since then there have been many technological advances to keep that from happening. Today, radar, satellites, and other flight-tracking systems keep a close eye on planes around the globe. It’s a mix of old and new technologies which come […] Amelia Earhart’s disappearance may finally be explained with one photo

A lost photo may shed new light on the... How did Amelia Earhart die? New photo shows the pilot could have survived the crash landing

A lost photo may shed new light on the... On July 2, 1937, Amelia Earhart and her navigator, Fred Noonan, vanished during an attempt to fly around the world. Today would have been Amelia Earhart’s 115th birthday. 70-five years after the pioneering airwoman disappeared over the Pacific, people are still hoping to find her body or  wreckage from her plane.