Amazon will pay $61.7 million to settle charges of withholding tips from delivery drivers

Amazon will pay nearly $US62 million to settle federal charges that it withheld tips from delivery drivers. The Federal Trade Commission said Amazon didn’t pay 100% of customer tips to drivers, as it had promised. “While we disagree that the historical way we reported pay to drivers was unclear, we […] 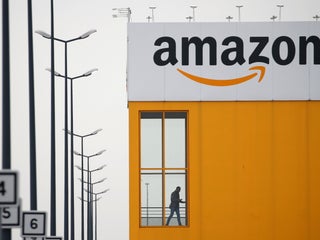 Signing up for AmazonFresh is simple, and figuring out how to cancel it is just as easy. AmazonFresh is a grocery delivery program that delivers groceries directly to your door. An AmazonFresh membership costs $US14.99 per month and is only available to paying Amazon Prime members. Cancelling AmazonFresh only takes […] Last week, I had the chance to try one... Amazon Fresh isn’t going away, even after Amazon buys Whole Foods for $14 billion

Just because Amazon will own Whole Foods, don't... Amazon’s plans for Australia are bigger than first thought. A retail executive who recently left Amazon — where he was responsible for internationally expanding its grocery operations — says the internet giant will be fully operational in Australia by the end of 2018. Brittain Ladd, who until last month was […]

NIELSEN: Amazon is coming and Australian consumers are already primed

Amazon Prime is not yet available in Australia, but nearly half the market is ready to hand over its money for the premium shopping service when it arrives later this year. While local retailers brace to minimise the damage to their sales, Amazon’s speculated arrival in Australia has consumers licking […]

US online retail giant Amazon is recruiting highly skilled workers in Australia for fresh food delivery operations, in an apparent confirmation of its ambitious plans for the local retail market. The company’s website currently has more than 100 job vacancies listed for Australia. While Amazon’s cloud computing business Amazon Web […]

Here’s why groceries are the biggest untapped e-commerce opportunity

New startups that focus on concierge shopping and subscription prepared meals are innovating on the online grocery model. E-Commerce Is Finally Disrupting The $600 Billion US Grocery Industry

Around 25% of millennials said they would pay a premium for same-day delivery.

Around 25% of millennials said they would pay a premium for same-day delivery.

In July, I decided to sign up for Google...