US regulators are reportedly reviewing some AmazonBasics electronics over safety concerns

Buyers have reported that some AmazonBasics electronics have caught fire, exploded, melted, or started smoking, according to CNN. 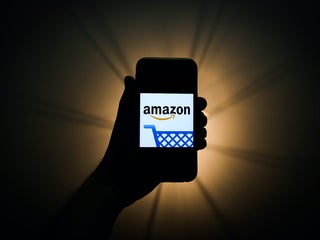 Amazon employees say the company used data from 3rd-party sellers to make its own products, a practice the company has denied for years

In a story Thursday from the Wall Street Journal, Amazon employees said they accessed data from third-party sellers to make competing products under the company’s private labels. The data employees accessed reportedly allowed Amazon to single out which products had the best earning potential, how to price their private-label products, […] 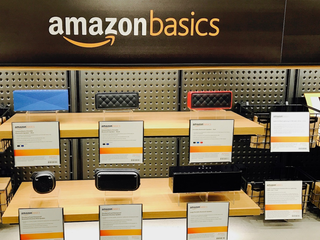 Amazon is recalling about 377,000 space heaters that can get too hot and cause fires

Amazon is recalling about 377,000 space heaters after receiving 30 reports that the units can get too hot, burn, or spark. Four models sold by Amazon under the AmazonBasics label are being recalled. The units are imported from a manufacturer in China. Owners will be compensated and are advised to […] Amazon is selling its own toys for the first time, but don’t expect it to replace Barbie — yet

Amazon has released four new items related to toys recently, according to TJI, an Amazon-focused research group. They are large items like play sets for toddlers and a bin for toy storage. All four of the items were taken down. The products are likely geared to small businesses like daycare […] Here’s everything Amazon announced at its huge September event

SEATTLE – Amazon held a special event on Thursday to unveil a slew of new gadgets and services. At the start of the event, Amazon exec Dave Limp said, “We’ve got 70 things to talk about” – and if he was joking, it was hard to tell. According to Limp, […] Amazon is recalling 260,000 Amazon Basics-branded external power banks. There have been 53 reported cases of the devices overheating and igniting, in at least one case causing chemical burns, according to the Consumer Product Safety Commission. The devices were sold between December 2014 and July 2017, and owners should receive […]

Amazon’s Australian site started showing everyday items from the company’s in-house label AmazonBasics over the weekend. With Amazon Australia not yet launched, but expected any day, the pages have now been removed from public view. Amazon.com.au had featured items such as electronic cables, linen, dumbbells, batteries and alarm clocks sold […]

Amazon’s store brand makes a lot of great tech, but these are the 10 gadgets actually worth buying I’m a psychotherapist who believes in the healing potential of MDMA....

A Norwegian YouTuber reportedly died after falling into a lake while...