What is Amazon Locker? How to use the free and convenient delivery pick-up system

Amazon Lockers are like self-service kiosks where you can go to pick up items you've purchased on Amazon. 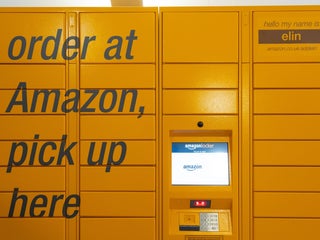 As part of a $US10 billion relief package for the US Postal Service, congress authorised the agency to create temporary delivery points. The goal is to reduce human contact and transmission of the coronavirus, and could look a lot like Amazon’s locker delivery option. Earlier this week, lawmakers warned mail […] 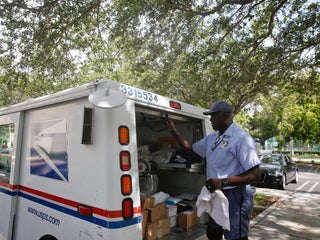 ‘What is Amazon Locker?’: Everything you need to know about Amazon’s convenient delivery pick-up system

Amazon Lockers are like “self-service kiosks” where you can go to pick up items you’ve purchased on Amazon. They’re located in more than 900 cities across the US. If you live in a city like New York, Los Angeles, or Seattle, chances are you’ve seen Amazon Lockers in grocery stores, […] Another discount department store announced a new partnership with Amazon

Stein Mart, a discount department store chain, announced on Tuesday it would be rolling out AmazonLockers to more than 200 locations. The Amazon lockers can be used for both picking up and returning Amazon orders, and will be used to draw in shoppers. It’s unclear if Amazon Lockers convince users […] Amazon is offering a chance for free tickets to the Coachella Valley Music and Arts Festival, known simply as Coachella. Users can use social media to enter through the contest on both Twitter and Instagram. Amazon is launching a major marketing push coordinating with actor Vanessa Hudgens on a Coachella-themed […] Amazon is coming to Coachella, one of the biggest music festivals in the world

This year, Coachella attendees will be able to ship essentials they purchase – like sunglasses, phone chargers, and sunscreen – to an Amazon Locker located inside the California-based festival. There’s no additional charge to use the Amazon Lockers, which will also be available for both weekends. Amazon will also be […] Macy’s is adding lockers for picking up online orders in certain stores. The pick-up stations look extremely similar to Amazon Lockers. Across the retail industry, companies are fighting to better meld online and in-store shopping. Macy’s is taking a page out of Amazon’s playbook as it works to boost online […] Amazon wants to install delivery lockers in your apartment building

Over the past few years, Amazon has been on a...