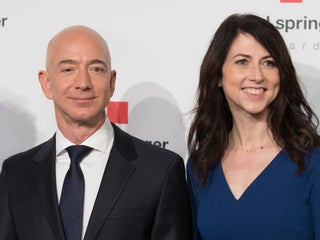 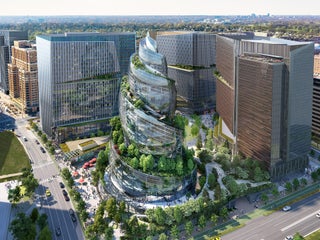 The future of work will be ‘hot offices’ where employees can reserve a desk, according to Amazon’s cloud boss

The future of work will be “hot offices” where employees reserve a desk, AWS CEO Andy Jassy told CNBC. Jassy, who oversees Amazon’s cloud business, said he expects that once offices can safely reopen, people will likely adopt a hybrid model rather than being in an office 100% of the […] 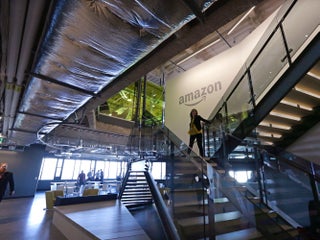 Amazon’s HQ2 could add homeless residents to New York and Washington, DC — two cities with the worst homelessness crises in the US

A Zillow senior economist found that Amazon’s second headquarters, known as HQ2, could add more than 800 homeless residents to New York City and more than a dozen to Washington, DC on an annual basis. Both cities already suffer from some of the worst homelessness crises in the country. Rising […] New Yorkers are making lots of doomsday predictions about Amazon’s HQ2. Here are all the things that could make it a disaster.

Half of Amazon’s second headquarters, known as HQ2, will be located in Long Island City, Queens, the company announced on Tuesday. The news has sparked fear and outrage among local residents, who worry about climbing rents, crowded subways, and crumbling infrastructure. These fears are not unfounded. As Amazon prepares to […] Amazon’s HQ2 site in Long Island City, Queens could be flooded in the next 30 years. Here’s what scientists predict for the headquarters.

Amazon announced on Tuesday that it will move half of its second headquarters, known as HQ2, to Long Island City, Queens. Later in the day, Citigroup announced that it would be removing employees from One Court Square, the tallest building in Queens, to make way for the tech giant. The […] ‘Whose your daddy?’: Chicago Mayor Rahm Emanuel’s private emails with Amazon are exposed in new report

The Amazon executive Jay Carney emailed Mayor Rahm Emanuel of Chicago on the day Amazon announced its shortlist of 20 candidates for the site of its second headquarters. “As I think I mentioned before, everyone here was impressed with the proposal your team put together,” Carney said. Emanuel ended the […] Amazon CEO Jeff Bezos’ private jet has flown to Ronald Reagan Washington National Airport in Arlington, Virginia, more than any other destination aside from its home base in Seattle, according to records obtained by the Puget Sound Business Journal. Northern Virginia and the nearby Washington, DC, and Montgomery County, Maryland, […] A major real-estate fund is making a $10 million bet that Amazon will choose the Washington, DC area for its second headquarters

New York-based Third Avenue Real Estate Fund has purchased $US10 million in shares in JBG Smith, a Maryland-based real-estate investment trust (REIT). Third Ave reportedly told investors in a letter that the REIT’s shares will “likely be worth a lot more than our current estimates” if Amazon chooses the Washington, […] A survey found that 26% of Indianapolis residents would be willing to pay higher taxes to lure Amazon‘s second headquarters there. Nashville, Miami, Dallas, and Raleigh, North Carolina, also ranked highly, according to the survey by The Business Journals and Elon University. At the bottom of the list are Denver, […] These are the top 2 contenders for Amazon’s HQ2, according to economists and housing experts

The real-estate listing company Zillow surveyed dozens of housing experts and economists on what city they believe could land Amazon HQ2, the company’s $US5 billion headquarters. Atlanta, Georgia and Northern Virginia are their top picks. The survey’s conclusions are similar to other HQ2 analyses, many of which have also pointed […] These Amazon HQ2 finalist cities could have an edge on the competition, according to experts

In early 2018, Amazon unveiled a list of 20 finalist cities for its second headquarters, HQ2. The company listed a highly educated workforce as an important factor in its decision. The Brookings Institution conducted a study that analyses which HQ2 finalist cities have the most educated millennials. Boston, Massachusetts; Washington, […] This week, Amazon announced 20 city finalists in the bid to become home to the company’s second headquarters, HQ2. The top contenders should be discussing climate resilience strategies related to extreme weather and flooding as part of their bids. Climate change-driven events could affect HQ2’s workforce and infrastructure. On Thursday […] These are all of the cities Amazon could choose for its $5 billion headquarters, ranked by the experts

Amazon has announced a list of the 20 cities it’s considering for its second headquarters. Amazon has promised a $US5 billion investment and up to 50,000 high-paying jobs in the city it ultimately chooses. We combined seven different rankings to come up with a list of the cities that could […] Amazon sent a lobbyist to Georgia ahead of the start of its legislative session next month. The lobbyist spurred speculation that Atlanta could be the site of Amazon’s second North American headquarters. Amazon now says the lobbyist’s work has nothing to do with its search for a second corporate home. […] Amazon is sending a lobbyist to Georgia before the start of the state’s legislative session next month. The move has spurred rumours that Amazon could pick Atlanta as the site for the company’s $US5 billion second headquarters, known as HQ2. Though Georgia’s bid has not yet been made public, Governor […] Amazon’s new headquarters promises 50,000 jobs — but they may not last forever

Cities, states, and regions across North America are vying to become the home of Amazon’s $US5 billion second headquarters, a development that the company says will bring 50,000 jobs. At the same time, Amazon has invested at least $US775 million in deploying robots that automate human labour in warehouses. Quantitative […] Chicago, Illinois wants Amazon to build its second headquarters in the city. The city’s official bid states that Amazon would be able to keep $US1.32 billion of the personal income taxes paid by its workers annually. Critics of the proposal say that Amazon would profit from tax money that would […] Amazon received more than 200 proposals for...